Reeling In Your Reader: A Guest Post by Lauren Claire 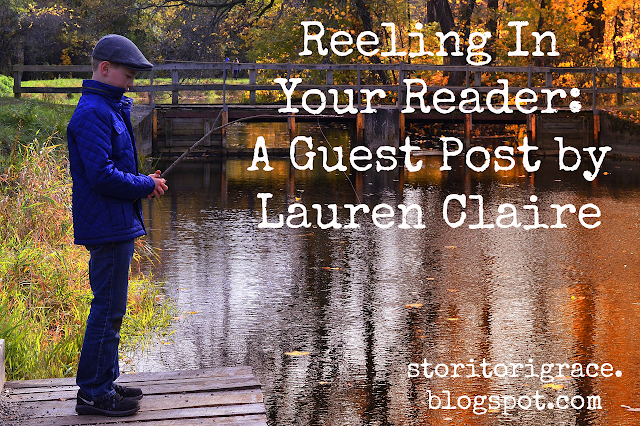 Hey, everyone! I'd like to introduce an old friend of mine and fellow writer, Lauren Claire. She is currently working on a Christian YA Contemporary novel called Melody of Courage. Enjoy her guest post on hook-lines!

Stop yourself at the end of this sentence and ask yourself, “Do I want to keep reading?”

Now, hopefully you decided to stick with me long enough to find out why you should keep reading. Today, I’m going to be sharing with you about hook-lines. First, let’s talk about what they are and why they’re important to your writing. After that, I’ll let you judge for yourself what makes the best hook-line.

What are Hook-lines? - If you’ve ever been fishing, you’re a lot closer to understanding what a hook-line is than a lot of people.


Even if you haven’t been fishing, you know that the purpose of a hook is to catch the fish. A hook-line is a metaphor.

In writing, a hook-line is the very first line of your novel or short story. Just like the fish, you want to “hook” your reader on your story. The rest of your story you is then spent trying to “reel” the reader all the way in. Great, right? Now let’s talk about why they’re really important.

It’s been said that when in bookstores looking for something to buy, modern day readers will only read the first two pages of a book. If they’re not caught up in the story by then, they set the book down. That really gives you a page to interest them…and you better make the most of it.

That’s why you want one really strong, intriguing line for your opening sentence. You want something that will make your reader want to keep reading to find out. So what kind of lines do that?

Learn For Yourself - There are many methods of starting a story, including dialogue, narration, setting, and conflict.

Generally speaking, starting with the setting and the weather is a huge turn-off in a hook-line. Why should your reader care about the setting if they’re not even sure they want to read the story? And who wants to read about weather? Most people don’t even want to listen to their grandparents discuss that! If you decide that you want to start the story with the setting or with weather, you should make sure that it has immediate significance to your story. By significance, I mean that it becomes a crucial part of the story on the first page.

Presenting conflict in the first sentence might be one of the best ways to immediately draw somebody into the story, but there’s also a pitfall that must be avoided: having a character already in action or in danger is not encouraged by this writer. This is because your reader has no reason to care about a character in danger, and especially not in the first line. So how do you use conflict without putting the cart before the horse?

When I use conflict, I normally go for conflict between characters. This reveals that there is some animosity between them, but it can be more generalized. You can also start conflict with something as simple as, “The broken vase could not have spelled Kasey’s doom any better if the shattered pieces had formed the letters themselves.” See, there’s already a dilemma here: the broken vase. The point of starting a story with conflict is to make the reader want to see how this minor issue is resolved. By then, they’ve already invested their time and emotions into the character which keeps them reading.

No matter which method you pick, the point is always to grab the reader’s interest. A simple exercise to develop stronger hook-lines would be to read the opening lines of your favorite books. That’s it: the first sentence. After you read the first sentence, ask yourself if you would keep reading and also answer why or why not.

Let’s try it now - In the comments, I want you to rank these sentences by how likely you would be willing to continue reading the story. Then, explain what interested you about your top picks. Ready? Go!

1)       The tiny woodland glade seemed secluded far from the mechanics of the civilized world.

2)      There are two kinds of phobias in the world: justifiable and just plain absurd.

3)      Nothing would be all right, not this new house, not this day, and especially not Caleb’s smirking face, until Adrianna rescued her violin from the pits of the U-haul truck.

5)      If Kimemela’s foster parents knew that her growth had already been stunted, perhaps they would at least let her enjoy coffee.

6)      If time would only rewind ten seconds, Daniel would be able to stop himself from making the greatest mistake of his life.

So what do you think? How would you rank these hook-lines? Why? What famous opening lines do you like? 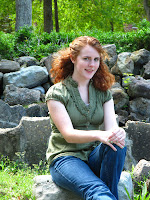 Lauren Claire is a young writer with a passion for God, life, and her young friends. She knows that there are many kids in the world that have nobody to talk to about the problems they face, so she strives to write real stories they can identify with. When she's not writing, Lauren is busy with College, Camp ministries, and going on adventures.
Check out her blog!
Help support her writing dream on Facebook and Twitter!


From Lemons to Book Experiences
Posted by Victoria Grace Howell at 12:16:00 PM