A Book Review of The Emotion Thesaurus

One of the biggest problem areas for writers is conveying a character's emotions to the reader in a unique, compelling way. This book comes to the rescue by highlighting 75 emotions and listing the possible body language cues, thoughts, and visceral responses for each. Using its easy-to-navigate list format, readers can draw inspiration from character cues that range in intensity to match any emotional moment. The Emotion Thesaurus also tackles common emotion-related writing problems and provides methods to overcome them. This writing tool encourages writers to show, not tell emotion and is a creative brainstorming resource for any fiction project.

What I liked: When my mentor read over my manuscript last year she said I had a lot of generic actions (frowned, sighed, smiled, ect.). The first thing I thought was "How in the heck do I fix that? No one told me about this problem!"

So last year I struggled with trying to eliminate as many of those as I could during a rewrite, but for Christmas I got this Emotion Thesaurus and using it while editing my book has made keeping the emotional tags varied much easier!

The book has just about everyone emotion you could think of and many ways to portray them either physically or internally or mentally and more. Some of the physical ways I never thought of but when I pondered on it I thought to myself "Yeah ... wow people do actual do that. Heck, I do that!"

It has come in so much handy and is much better than wracking my brain to come up with something and I end up spending forty-five minutes on one paragraph (Yes, that happened to me. Don't judge!). Throughout the book it also has helpful tips on how to get the most out of your emotion. This is a great tool and not too expensive either! It definitely has permanent residence on my desk. :)

Content Cautions: It's a thesaurus ... Nothing to set off alarms here unless you consider some mention in a PG way of some ways some emotions are expressed bad.

Over all I totally recommend this for any writer! :D Five stars! 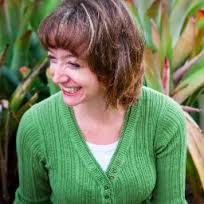 Angela Ackerman and Becca Puglisi are the creators of the award winning online resource for writers, The Bookshelf Muse (now Writers Helping Writers). Members of SCBWI, both authors write in the Middle Grade and Young Adult genres.


Hey I know it's late, but better late than never to do a beginning of the year post! It's in the first month so I'm good lol. XD Well firstly, I want to say thank you to all my followers of here, my Facebook page and Pinterest. I really appreciate all of you and you encourage me to keep on writing.

Hello to my new readers! I'm a young writer who works at a yogurt shop by day and writes by night. I'm a nerd and I love all things Whovian, Middle Earth, and Narnian. My dream is to be a published author. Thanks so much for viewing!

Some posts you all really enjoyed looking at last year were:
How to Write a 3D Villain Part 2
What Anime Can Teach Us About Writing
Tone Down But Don't Water Down

Last year I really got serious with writing and platform building. I wrote two drafts last year, edited a bunch, entered in contests, and did more blog posts than ever before. And thanks to you readers you've helped that grow. :) I've grown mentally and spiritually during its course. It was a good year for the most part, but I have a feeling this year will be even better.

Here are some of my goals for this year:

1.) This year I really want crack down on writing -  I'm going to finish editing Subsapien Biomech (the first book of my science fiction series Subsapien), work on the second and third book of that series, my fantasy Starbloods, and my newest idea for a retelling of Little Red Riding Hood. It's set in a fantasy steampunk environment where Little Red (called Mor in the book) is a werewolf huntress. You can check out more about it on my Pinterest board for Red Hoods.

2.) I want to do a new character drawing at least once a month - I love drawing and it really helps me visualize my characters. Below are a few drawings I did last year. ^ ^


3.) This year I'm going to work very hard on posting consistently - I know I have a problem with that lol.

An update about what's going on now concerning progress for my dream: currently I'm editing Subsapien Biomech. I'm aiming to pitch it to an agent who was interested in my at a writer's conference in February/March. If I don't get one there I'm gonna start querying. :)

Now for some questions for you all ...


How have you all liked the blog this past year? Would you like to see any more of anything? Less of anything? What are some of your goals for this year?

Posted by Victoria Grace Howell at 9:21:00 PM No comments:

Writing Humor Into Your Story 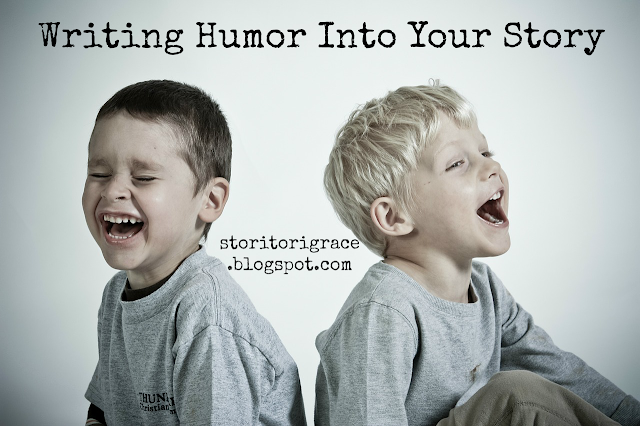 Hey, all! I'm finally back with another blog post! I took an end of the year hiatus but now I'm back. :) And I'm working hard on editing my sci-fi novel Subsapien Biomech. ^ ^ But anyway ... on to the post!

Humor is important for your story whether it's a dystopian, a fantasy, or a contemporary. It isn't just for comedies. It endears you to the characters of the story. It can help relieve tension in the story, because though tension can be good it becomes exhausting at times so a little joke or a funny incident can be a nice break. And hey, everyone likes to laugh.

A tool used a lot by writers is the Comic Relief Character. They crack the most jokes or do the most funniest things either on purpose or naturally and bring a little humor into the story.

Some examples are Sokka from Avatar: the Last Airbender, Walter Foley from the Dragons in Our Midst series by Bryan Davis, Merry and Pippin from the Lord of the Rings, and Effie Trinket from The Hunger Games trilogy. One from my science-fiction series Subsapien is Emil.

You can find a way to weave this into your books during a rest period in your story or possibly in the middle of the action. If it makes you laugh, the reader most likely will too. A couple funny lines scattered here and there makes your story more enjoyable and this especially helps with darker stories. Effie Trinket not intentionally is the humor of the Hunger Games. She lightens up the mood when things get too tense.

Be careful about having too many funnies or your book becomes a comedy or they will become tedious. Strategically place your jokes at appropriate times in your story and they'll be the most effective. Sometimes a funny scene is good, but if it slows down the story too much you'll want to cut back.

Some examples of some good well-placed humor:

1.) In Avatar: the Last Airbender Season 2 Book 2 Earth Episode 11 "The Desert" the gang was stuck in the
desert and wandered for quite some time. To add in a way to make the journey less tedious the writers had Sokka drink some hallucinogenic cactus juice and it was hilarious.

2.) In the Hunger Games film, Haymitch, Peeta and Katniss were having a conversation over breakfast that got a little tense. When Katniss stabbed the table the with a knife Effie Trinket shouted from across the room, "That's mahogany!" This was both funny in its randomness and showed the character's over the top concern with materialistic things.

3.) In the Lord of the Rings: The Two Towers, Merry and Pippin were fleeing from an orc in Fangorn Forest. Pippin climbed up a tree to avoid their pursuer while Merry was being attacked by the orc, but the tree turned out to be an ent (a living tree creature).

The Ent saved Merry from the orc, but held both the hobbits in a crushing grip unsure if they are friend or foe. In the middle of the Ent's indecision on whether to kill them or not Pippin said, "It's talking, Merry! The tree is talking!" This effectively broke up the tension a little.

I hope this post helped you in writing humor! Happy writing and may the muse be ever your favor! ;)


Do you have a Comic Relief Character? What are some funny jokes in your books?
You may also like:
Six Tips For Line Editing
Tone Down But Don't Water Down
Write What You Know ... And What You Don't Know
Twelve Rookie Writer Mistakes and How to Mend Them
From Lemons to Book Experiences

Posted by Victoria Grace Howell at 3:33:00 PM No comments: