Come join the fun! This site will be up for posterity, but all new posts will be on the new site. Thank you so much for your support!

Book Review and Writing Lessons: The Mark of Athena by Rick Riordan 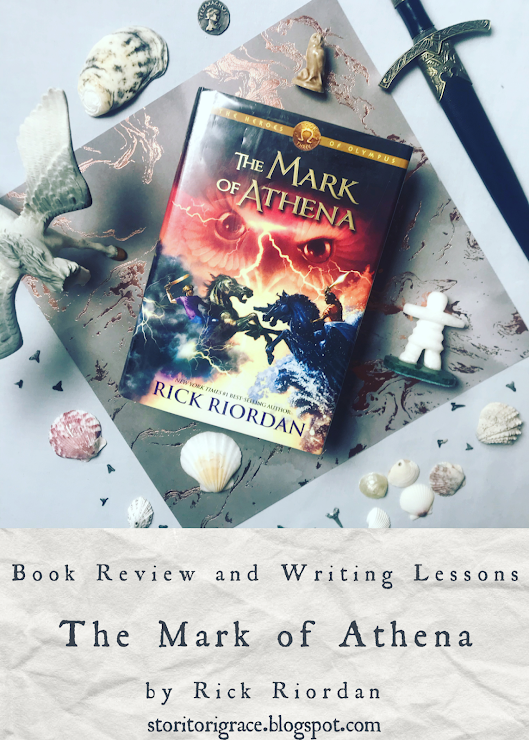 In The Son of Neptune, Percy, Hazel, and Frank met in Camp Jupiter, the Roman equivalent of Camp Halfblood, and traveled to the land beyond the gods to complete a dangerous quest. The third book in the Heroes of Olympus series will unite them with Jason, Piper, and Leo. But they number only six--who will complete the Prophecy of Seven?
The Greek and Roman demigods will have to cooperate in order to defeat the giants released by the Earth Mother, Gaea. Then they will have to sail together to the ancient land to find the Doors of Death. What exactly are the Doors of Death? Much of the prophecy remains a mystery. . . .
With old friends and new friends joining forces, a marvelous ship, fearsome foes, and an exotic setting, The Mark of Athena is be another unforgettable adventure by master storyteller Rick Riordan.

If anything I need this year is a laugh and Rick Riordan’s books are always my happy place books where I can read about amazing characters in epic quests but also giggle along the way.
Read more »
Posted by Victoria Grace Howell at 1:00:00 PM No comments:

So Your Character is From Malta ... Featuring Charlene @ OnlyfortheBooks 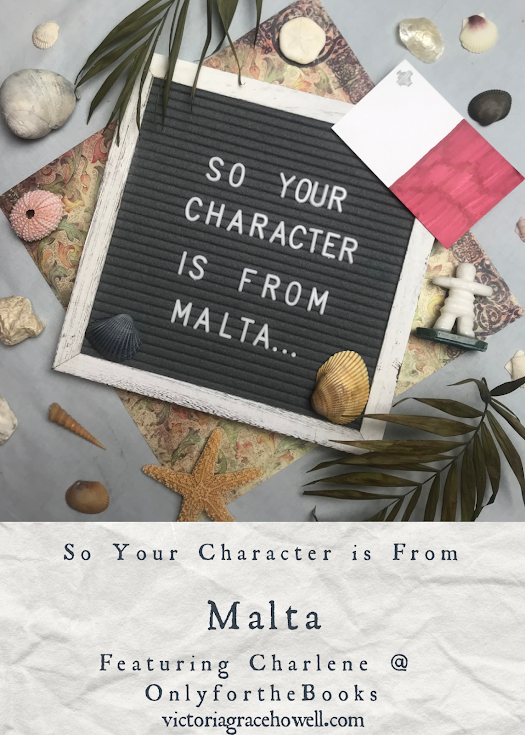 So Your Character is ... is back for a time after a long hiatus! In this series, I interview lovely volunteers from around the world to give you a firsthand account of being a citizen of their respective country or having a disability. I'm hoping to encourage international diversity, break stereotypes, and give writers a crash course on how to write a character from these different places on our planet. If you haven't checked out last time's So Your Character is from Mongolia ... be sure to hop on over there and give it a read!