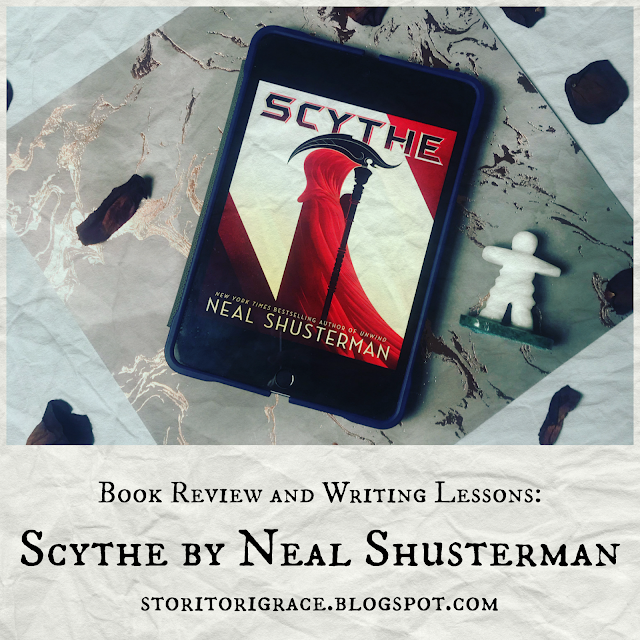 A world with no hunger, no disease, no war, no misery: humanity has conquered all those things, and has even conquered death. Now Scythes are the only ones who can end life—and they are commanded to do so, in order to keep the size of the population under control.

Citra and Rowan are chosen to apprentice to a scythe—a role that neither wants. These teens must master the “art” of taking life, knowing that the consequence of failure could mean losing their own.

This book is definitely the most challenging book I’ve read this year. It’s not really a book for pleasure but a book to make you think, so for a while, I had trouble liking it but by the end, I learned to appreciate it for its themes.
The Plot: This book is split between the two main characters Citra and Rowan but there are also lots of mini POVs of a lot of people many of which are killed so it has a kinda mystery or thriller genre element in that way. Between chapters, there are journal entries by various scythes about their lives and their deepest thoughts. It’s also written in third person omniscient so it feels like an older style of writing in that way. It’s really a very unusual book. It has a lot of action but it really makes you think. It’s not a book you want to pick you for light reading. It’s a book you pick up to be challenged.
The Characters: Both Rowan and Citra have great character arcs. They’re relatable and unique at the same time. I also really like that they were singled out because of their moral upstanding. I’ve ranted about in the past how I’m a little tired of morally gray characters being the most popular and people like them because you don’t know if they’re going to be bad and good so it was refreshing to read a current book about characters who have moral standards and try to adhere to them.
Rowan’s arc I found the most interesting out of the two. He is a middle child who’s used to being ignored and when he brings himself to public attention he’s hated yet he doesn’t mind because at least someone is acknowledging him. It’s really complex but raw. But ultimately he has a kind and just heart.
The villain Goddard is evil as all get out, but his motivation do make a lot of sense and you can see how the current society helped cultivate his behavior. I like how he stands out with his jeweled cloak. I like both Scythe Faraday and Scythe Curie. Despite their pretty terrible task, they seem to be trying to do it as justly and mercifully as they can.

"The world has a talent for rewarding bad behavior with stardom."
~Scythe Curie

The Setting: This book is set in the future where man has conquered death and every other human ailment. People can live forever and reset their ages to their twenties when they get to old so no one knows how old anyone is. People also can’t relate to people in old books and movies because they have no comprehension of old-world suffering. Their bodies even keep them from feeling physical or mental pain. It’s also kinda creepy how people can be “tweaked” if they express bad behavior. It's also just a bit unnerving how people are selected to die by Scythes. How they're selected is random in most instances, but natural death seems much more ... fair if that makes sense.

The ending of human life used to be in the hands of nature. But we stole it. Now we have a monopoly on death. We are its sole distributor.
~ Scythe Curie

The Scythedom is really fleshed out and feels very real. Any crime against a Scythe is met with the utmost punishment which is an entire family gleaned. This reminded me a bit of a Star Trek: Next Generation episode about a utopian society that has no crime and the main reason is that for the smallest offense the consequence is death.
Another really unique concept is the fact that the world is run by an AI called The Thunderhead and he’s actually good. This is the first time I’ve seen a good ruling AI in sci-fi. World so like the Matrix, Space Quest, and Illuminae all portray AIs as something that will inevitably turn bad. Instead, the Thunderhead is almost god-like in its perfection. But in the end, someone has to be in charge of the planet.
Epic Things: I thought it was kind of hilarious how in an ideal society middle seats have been eliminated on flights and flying on an airplane has been made to be a really comfortable experience.

The Theme: The biggest thing I took from this book is that no matter what man does we can’t be perfect. No matter how advanced we get because we’re mortals who sin we can’t have a perfect utopia. The society in this book is the epitome of human advancement and yet there is still corruption. A main plot thread is based on severe corruption within the Scythedom.
Another interesting point Shusterman made is that humanity would get bored if they accomplished everything. There would be nothing to strive for. No more unknown. Everyone feels like they’re useless because they can’t contribute to something greater. They feel stagnant.
Religion in this world has all but gone extinct but it’s interesting how the Scythedom adopted religious elements like having people kiss their rings for immunity like kissing a priest’s ring in the Catholic Church. They also live monk or nun-like lifestyles, denying themselves marriage and other worldly pleasures. They even have commandments. People will find some sort of religiosity. It's just part of our nature. Though as a Christian I don't think religions would go extinct to this extent. Primarily because there isn't an answer for the afterlife and that's something that religion gives us an answer to. Science can't explain what happens after we die.
Yet another theme is new isn't always good. Sometimes old traditions have worked for a reason and they don't need to be changed.
Content Cautions: This is a book about two teens being trained to be grim reapers basically so there is a lot of killing involved by all kinds of methods: poison, beheading, stabbing, electric shock, drowning, burning, gunshots, suicide, there are several massacres that included the slaughter of children, a character is mentioned to have been beaten to a pulp but only broken ribs, a dislocated shoulder, and severe swelling is mentioned, and kids like to die to feel the thrill of it only to be revived.
There is some very sparse swearing, including nine uses of d***, seven uses of h***, four uses of a**, two uses of b*****d, and one of piss.
What We Can Take Away For Our Writing:

Cities and Countries Being Renamed - All of the countries in this futuristic utopian society have been renamed such as Chile and Argentina being merged into Chileargentine or parts of South America being called Amazonia. Even cities have been renamed like St. Louis being changed to Fulcrum City.

How this can be applied to writing: This is something to keep in mind across all genres. Cities and countries change. Many countries and cities preserve their original names such as China and Rome. However many change because of events. Czechoslovakia broke up into the Czech Republic and Slovakia. Constantinople became Istanbul. Events like war and conquering change geography. Fictionally some examples are The US becoming Panem in the Hunger Games, Europe and the US becoming Britannia and Japan becoming Area 11 in Code Geass, and St. Louis becoming Defiance in the show Defiance. Even in fantasy the names of places change such as how Mordor took parts of Gondor for its own in the Lord of the Rings.
Conclusion: Overall, this book is definitely worth a read, especially if you're a fan of books like The Giver. 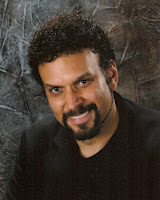 About the Author: Neal Shusterman is the author of many novels for young adults, including Unwind, which was an ALA Best Book for Young Adults and a Quick Pick for Reluctant Young Readers, Everlost, and Downsiders, which was nominated for twelve state reading awards. He also writes screenplays for motion pictures and television shows such as Animorphs and Goosebumps. The father of four children, Neal lives in southern California.
Posted by Victoria Grace Howell at 1:00:00 PM