An Interview with Author Steven James 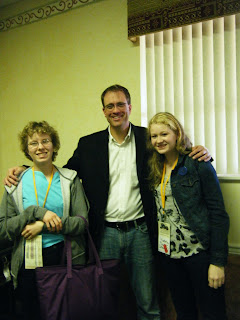 This week I've had the pleasure to interview author Steven James. I met him at the Florida Christian Writers Conference this year.

He is a critically acclaimed author and has penned 30+ books spanning the genres of psychological thrillers, dramas, YA fantasy, and more. He has received wide critical acclaim for his work, including four Storytelling World Honor awards, two Publishers Weekly starred reviews, and 2009, 2011 & 2012 Christy Awards for best suspense. He is a great teacher too, and I learned some fascinating concepts from him at the conference.

Here he is: Mr. Steven James!

What inspired you to write suspense and thriller novels in particular?

James: I’ve always loved stories with a twist—whether that’s short stories, movies, or novels. About eight years ago, I was teaching writing and storytelling in India, and when I finished reading a novel I’d brought with me, I was so angry I threw it against the wall. It was supposed to be a suspense novel but didn’t deliver on its promises. I said to myself, “I can write a better novel than that.” And then I set about trying to do that very thing.

That's very cool. One of the things that inspired me to write too was wanting to change something in another persons' book. As a curious reader, I want to ask: how in the world did you come up for the idea for Placebo? I hadn’t even heard of the word until recently.

James: I remembered hearing about soldiers who had no morphine and had to amputate the limb of someone on the battlefield. By giving the guy a pill and claiming it would dull the pain, in about a third of the cases, the soldier felt no pain even when they were sawing off his arm or leg. Astonishing. The pill that wasn’t potent, but that they claimed was, is called a placebo. And when I considered how powerful our thoughts are—that just thinking you shouldn’t feel pain can take away all your pain—it gave me the impetus to this story.

That is very interesting. I love scientific stories like that. I had heard that you are coming out with 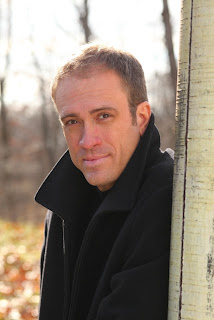 a new young adult series for next year. Can I hear a little about that?

James: The first book, Blur, will release in February. The books will be a series of mysteries that feature a teenage guy who starts to think that he might be going insane. In Blur, he starts seeing things related to the death of a girl at his high school—he’s not sure if he’s seeing hallucinations or ghosts—but it leads him into a race against time to try and find the girl’s killer. It’s my first book with a quadruple twist ending. Should be a fun read.

That sounds awesome. I'll definitely be looking out for it. Off the topic of writing, I noticed on your page, that you say you are a “lover of the wilderness." I’m very fond of nature myself, and I noticed in Placebo your focus on it in description. What is your favorite park you’ve hiked at?

James: My favorite hiking trip was in the Wind River Range in Wyoming. I went on an eleven day solo trek about ten years ago. It was awesome. I’m not sure what the names of the peaks were, I made up my own names as I went. Hopefully, someday, I can return to Wyoming. An amazing place.

Neat. I've always wanted to travel to the Midwest. Last question: what is a question you wished someone would ask you in an interview, but never has? And what is your answer to it?

James: Hmm . . .  well, I don’t think anyone has ever asked me about the day I realized I wanted to be a writer. I was in college working at a summer camp and I kept jotting down poems, thoughts, and story ideas, and one day when I was at the laundromat doing my laundry I realized I would never be happy unless I would become a storyteller and share my ideas. I wrote that in my journal, and I still have that journal on my shelf. The day I was called to be a writer my underwear was rumbling around in a dryer next to my elbow. What glamorous beginnings.

Ha ha! That's neat. I'm so glad you took the time to be on my blog. Thank you so much. As to my readers, keep an eye out for Mr. James' new YA series Blur and check out the seventh book of the Patrick Bowers series, The King, just released yesterday! You can find Mr. James on Facebook, Twitter, Goodreads and his website. Come back next week for a review on Steven James' Placebo. New blog posts every Saturday. Thanks for reading. :) 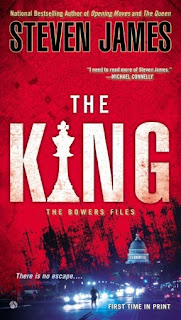