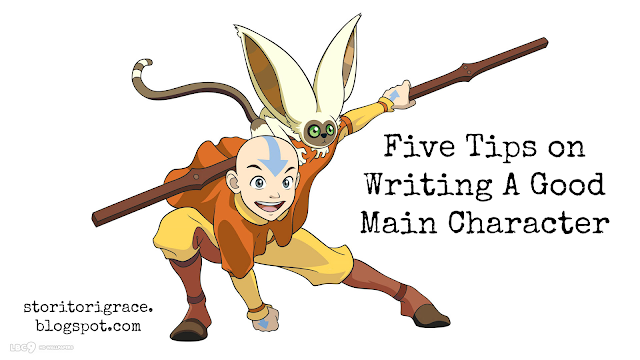 Hey all! I'm back with another writing post. :) Sorry I'm a little late. I've been working on the sequel to Subsapien Biomech called Subsapien Grafting.

The past few weeks I've been thinking about character development so I thought I'd do a post about developing a good main character.

Here are some of my thoughts:

1.) Make the readers either be able to relate to your protagonist, look up to him/her or sympathize with them or a combination of these - You want the reader to care for your character and you want one they can respect and understand.

2.) Make them human - Don't make your character impervious to everything or just not act like a regular person. Make them vulnerable; let them have little quirks and habits and a natural thought pattern. Would you do what your character does? Could you see your friends or someone else you know acting like your character?

Let them have realistic emotions and dialog. Try thinking of yourself or a friend in the situation your character is in. How would you or your friend react to that? On the other hand, don't make your character too much like you. They are a different "person," but make sure they have human or natural qualities and actions.

3.) Don't make them unlikable - Whiny, bratty, stiff, completely obnoxious, and melodramatic main characters put readers off or at least they put me off. Crying is fine, but don't make them cry every chapter or even every other chapter. If your character has no emotion or whines all the time, the reader could get tired of them.

You know when your watching a show or movie and the main character drives people crazy? Don't let your readers feel that about your main character.

4.) Don't make them similar your bad guy - Don't make your character stoop too low or do things evil things that'll make the line between them and your antagonist blur. Maybe they waver and do a bad thing, but let them feel remorse about it. Make sure there's a difference between them.

5.) Make them memorable - Out of all the other main characters in the world, what makes yours stand out? What makes that main character perfect for the journey he or she is on? Her special abilities? His personality traits? A hobby?

Example: Aang from Avatar: The Last Airbender. If you have not seen this show, put it on your to-watch list. It is one of the best shows I've ever watched. The writing is great hence why I'm using the show's protagonist for my example. Aang is brave, funny, but also human in his fear of taking a place of massive responsibility. He has a good sense of right and wrong, and he's memorable since he is the Avatar.


I hope this post was helpful! Thanks for reading! :)