A Book Review of Captives by Jill Williamson

One choice could destroy them all. When eighteen-year-old Levi returned from Denver City with his latest scavenged finds, he never imagined he'd find his village of Glenrock decimated, loved ones killed by enforcers, and many---including his fiancee, Jem--taken captive. Now alone, Levi is determined to rescue what remains of his people, even if it means entering the Safe Land, a walled city that seems anything but safe. Omar knows he betrayed his brother by sending him away to Denver City, but helping the enforcers was necessary. Living off the land like nomads and clinging to an outdated religion holds his village back. The Safe Land has protected people since the plague decimated the world generations ago ... and its rulers have promised power and wealth beyond Omar's dreams. Meanwhile, Jem is locked in a cell, awaiting the Safe Landers' plan to protect their future by seizing her own. Can Levi uncover the truth hidden behind the Safe Land's facade before it's too late?

What I liked: I really enjoyed this book and not because I happen to know the talented author, but because I liked the whole story world and the characters. I like how she developed this alien culture of the safe lands. She came up with a lot of cool slang like "glossy" instead of "cool" and "femme" instead of "girl" that I find myself saying in my daily dialogue. I like the cool yet creepy sometimes technology and the stark contrast between Safe Lands and Glenrock ways of life.

I love the variety of the point of views and as a girl I felt very into Shaylinn's point of view especially. I could relate to a lot of her struggles and fears. The climax was suspenseful. I found myself yelling at the book and gasping at the twists. There are a lot of good themes that parallel with our own culture about pleasure and youth, so the book is also food for thought. I recommend this book to dystopian and sci-fi lovers. I will definitely being looking out for the sequel.

What I didn't like: Well, I can't say there's really much of anything I completely didn't like, but there's in more of a cautionary statement. The book does touch on some mature topics, though I believe Williamson did them very tastefully. If this book was a movie, it'd probably be PG-13. It's hard to find anything I don't like in this book. 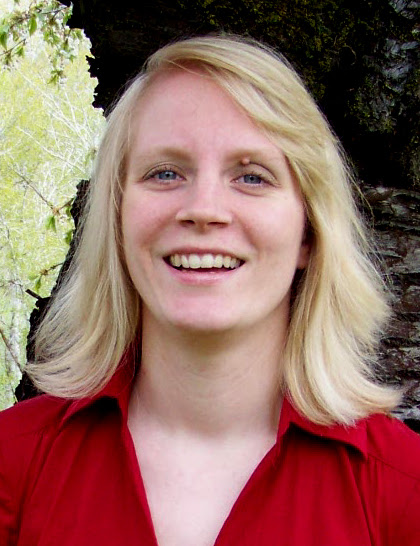 Jill Williamson is a chocolate loving, daydreaming, creator of kingdoms and the award-winning author of several young adult books including the Blood of Kings trilogy, Replication, the Mission League series, and the Safe Lands trilogy. She lives in Oregon with her husband and two children and a whole lot of deer. Visit her online at her blog, where adventure comes to life.
You can find her on her website, Facebook, Twitter, Pinterest and Goodreads.


Other books by Jill I've reviewed:
A Book Review of Go Teen Writers: How to Turn Your First Draft Into A Published Novel

I hope you all found this review helpful! I will posting more in the future of John W. Otte's Failstate and Steven James' Placebo and more! Thanks for reading! :)