An Interview with Author Bryan Davis 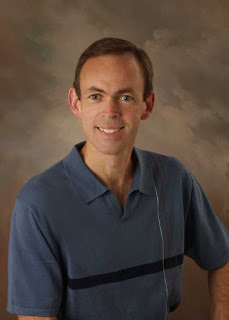 I’m proud to be able to talk to one of my favorite authors today. His name is Mr. Bryan Davis. He is the bestselling author of several young adult fantasy series: Dragons in Our Midst, Oracles of Fire, Echoes from the Edge, and Dragons of Starlight.

He currently lives in with his wife, Susie, and their kids. His books have been a big inspiration to me, both in my perspective about dragons and writing. He urged me to go to my first writer’s conference where he taught the teen track. My writing hasn’t been the same since.

So Mr. Davis, what inspired you to write YA Christian fantasy? How did that dream to be an author form?

It started with a dream about a boy who could breathe fire. I wasn’t a fantasy fan at the time, and I’m still pretty picky about which fantasy stories I like, so it didn’t occur to me that this was a story idea until I told my oldest son about the dream. He suggested that I make it into a fantasy novel.

I believe that storytelling is the most powerful way to communicate truth in a memorable way. We are wired to connect with stories and the conflicts the characters go through. Because of the emotions involved, we can empathize with portrayals that reflect some of our own experiences or else issues we have considered even if we haven’t experienced them ourselves. 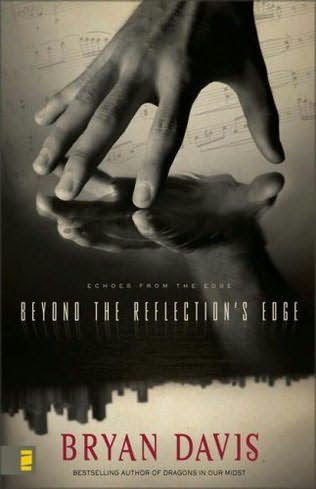 Since my books are faith-based, the mainstream publishers didn’t show any interest. I often heard, “Too spiritual” or “Too Christian.” The Christian publishers at that time weren’t producing fantasy at all, and certainly not a series about dragons. I couldn’t find a significant fantasy series for young people that had been published by a Christian company in the last thirty years. It didn’t matter that the Chronicles of Narnia had been one of the greatest sellers in history. In fact, when I mentioned that to one editor, hoping the Narnia success would open a door, he said, “You’re not C. S. Lewis.”

Between agents and publishers I collected about two hundred rejection notices, which I might use to wallpaper my office someday. I rewrote Raising Dragons about twenty-four times, changing it drastically in some of the rewrites. I think I made it even more radical as time went on, perhaps thinking that it might just end up as a story for myself and my family.

I finally met Dan Penwell of AMG Publishers. He had already contracted with me for a non-fiction book called The Image of a Father, and although AMG had never produced fiction, he took interest in my weird dragons story. AMG liked it so much, they started a fiction line with the series, and it has become their best-selling line of books.


That’s a really cool story. I’ve had several novel ideas of mine inspired by dreams. Taking from a
lot of your books, you enjoy dragons. Dragons are indeed epic, but why do you like to write about them in particular?

At the beginning of my author’s journey, the topic of dragons wasn’t on my radar screen at all. I neither liked
them nor disliked them. The dream about a boy who could breathe fire changed that. When my son and I brainstormed the story idea, we decided that the boy had parents who were once dragons. That was my first notion to write about dragons.

To this day I’m still not enthused about dragons, at least with regard to how other people write about them. I can take them or leave them. My stories are really about the humans. The dragons are a device to make the story world cool and exciting. How can it not be interesting when you have huge, scaly, fire-breathing animals that can fly and destroy almost anything? And when you allow them to interact with humans, whether on a friendly or adversarial basis, the entire scenario gets even more interesting.

I have enjoyed writing about dragons. They are, indeed, exciting. Yet, the journeys of the human are still the more interesting and inspiring to me. 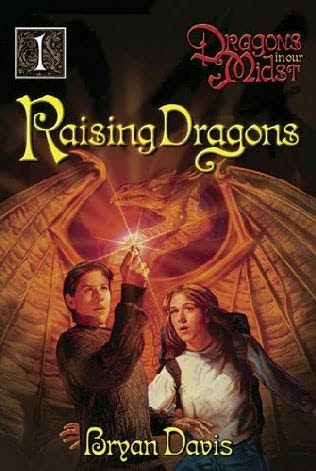 Interesting. Out of all of your characters, who is your favorite?

That’s almost like asking which of my children is my favorite. Almost. I have been thrilled by several of my characters, but reader feedback allows me to choose one over all the others.
has inspired thousands of readers, male and female alike, in profound ways. I have heard from seven teenagers who have told me that Bonnie has kept them from committing suicide. Hundreds more have told me that Bonnie has drawn them closer to God and helped them during challenging trials in their lives. It is amazing that this humble servant of God, a “person” who is a character in a fantasy world, has done so much to inspire so many.

Bonnie is indeed one of my favorites too. She is an amazing character. On your Facebook, you post often about how you love Mondays. Why is that your favorite day?

Since I rest from writing on Sunday, I am always excited to wake up on Monday and get back to writing. I love what I do, and each beginning of a week is like a fresh start on a new and exciting journey. Since I don’t outline my stories, I am thrilled to sit down and find out what’s going to happen in my story, because I truly don’t know.

It saddens me when I hear people bemoan Mondays. I wish they could go with me on an exciting adventure. Mine is truly a dream occupation.

Very cool. A lot of young writers like to read my blog. What advice do you have for a young person pursuing publication?

I know many aspiring young writers, and most of them want to write fantasy or some other speculative fiction. I would tell those authors to break free from the Tolkien and Lewis mold. Don’t try to create another Middle-earth with elves and orcs. Don’t send kids to a new world through a wardrobe-like portal where a Christ-figure dwells.

I’d like to see another contemporary/fantasy blend like mine. I think young people of today relate to a world they recognize, and they enjoy seeing weird happenings within it. Still, there are many ways to explore new other-world fantasy ideas as well. Think out-of-the-box and write your passions. Don’t chase after what the market appears to want.

Check out books from the library on how to write better. Get people who know writing to read your writing and give you pointers. Study writing that you enjoy and figure out what makes it so good. Also, have patience with your writing. Don't try to hurry it. Take your time to build scenes and characters.

Attend writers’ conferences where you can get professional feedback on your work. They are expensive, but nearly every career requires a financial investment in learning the craft.

Aspiring writers, I commend you for wanting to communicate your ideas and passions. That motivation will carry you far. You will hit roadblocks, and the temptation to become discouraged might be overwhelming.

Don’t give up. If God has put within you the passion to write, then you can’t give up. Don’t lose sight of the message that God has given you to convey. If God has really called you to pursue this dream, then you have no choice but to continue.

That is some really good advice. I hope it's inspired the readers as much as it's inspired me over the years. So you’re having a kickstarter for a graphic novel of Dragons in Our Midst, can you tell me more about that?

James Art Ville is an illustrator who is working on a graphic novel version of Raising Dragons, the first book in Dragons in our Midst. He decided to take a step of faith and quit his job to pursue becoming a fulltime illustrator. Because of that decision, he will need upfront money to make ends meet while he works on this huge project.

That’s why he created a Kickstarter “crowd funding” project. People can make monetary pledges to the fund, and they receive cool prizes in return, like an appearance of their own likeness in the graphic novel. If, however, the project doesn’t get fully funded by May 23, the pledges will be canceled, and he will get nothing. So I hope everyone will consider pledging.

Here is the link the funding site - http://www.kickstarter.com/projects/jamesartville/raising-dragons-graphic-novel  As you can see from the samples on the page, this is going to be an amazing work of art.

Thank you so much for joining me for this interview, Mr. Davis. It was a pleasure.

You can find Bryan Davis on Facebook, Twitter, his blog and his website. And be sure to donate to James Art Ville’s kickstarter for the graphic novel of Dragons in Our Midst to get some awesome prizes! I've donated myself and I can't wait to see this graphic novel happen! Thanks for reading! :)