A Book Review of Precisely Terminated by Amanda L. Davis

With microchips implanted in their skulls at birth, the slaves of Cantral and Cillineese have labored under the tyrannical rule of the nobles and their computers for centuries. Monica, a noble who avoided the implanting and escaped a death sentence at the age of four, is now sixteen and is in hiding. She lives with the slaves inside the walls of the Cantral palace, pretending to be one of them while the slave council plots a way to use her chip-less state to destroy the all-powerful computers that strike down any hint of rebellion.

The fate of millions rides on Monica's shoulders. As the only chip-less person in the world, she must find a way to destroy the computers and free Cillineese from the nobles' iron fist before they strike with the ultimate punishment--death for everyone inside the city walls.

What I liked: The concept is very intriguing and unique. You're taken to a unique world and culture. You have constant tension in the story about if Monica will get caught or not. The "ticking time bomb" at the end keeps you glued to the pages. You feel very connected with Monica and the writing is well done. I enjoyed the diverse cast though sometimes I felt a little overwhelmed with so many characters. The story focuses a lot on sacrifice and it's neat watching the character grow to learn this.

What I didn't like: I didn't like that the main character got so beat up so much. I felt bad for her. It  would've been nicer if she at one point had a very kind person take care of her, but a lot of the characters are mean. But that may be a personal preference. The story is a dark one and calls for a lot of cruelty.

Content Cautions: There are some gory parts and a lot of death so it's best not for younger readers.

It was a good read though and I'm currently reading the sequel, Noble Impostor. I give it four stars. :) 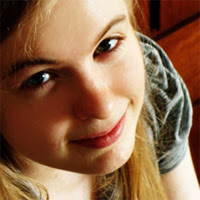 Amanda L. Davis is the award-winning teen author of the Cantral Chronicles, a dystopian trilogy. She enjoys reading and writing and comes up with new novel ideas while spinning yarn or running on the roads near her home. She was born and raised a Florida girl and loves the warmth of the South.