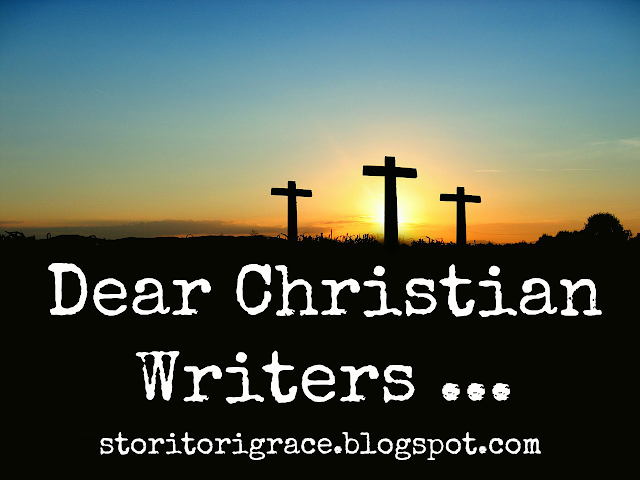 Last night I saw God's Not Dead. It had a good message about the existence of God along with many miscellaneous good points and moments. At some times I thought, "Yes! Right on!" Then at other times ... I cringed. I hated that I cringed. I wanted to like the movie, and I still do like the movie, but ... it did a lot of things that have made me steer clear of most Christian media--and I'm a Christian, a pretty strong one at that.

So if I as a Christian am cringing I'm sure non-Christians are too--perhaps to the point of stopping the show or movie or putting down the book. That is the opposite effect we want with Christian media. We want to put out God's message in an inviting way, not a shove-down-your-throat way. Even if you're a non-Christian and say you're trying to put out a message like stop bullying or stop world hunger or whatever then this post could apply to you too.

Here are four points you need to avoid doing in your Christian or strong message-driven book:

1.) Readers Aren't Stupid - Do not press your point in the story every two seconds. I see this too many times in Christian films especially kids films and kids aren't as stupid as some adults seem to think.

One movie that did this badly was Veggie Tales' Pistachio: The Little Boy That Woodn't. I love Veggie Tales. I grew up with the show, but I did not like this recent Veggie Tales film because they kept shoving the message of children obeying their parents in my face, and it really annoyed me.

Please, don't do this. This is easy to do, but writing isn't easy. Subtly weave in your point throughout the story through showing not telling which leads to the next point ... 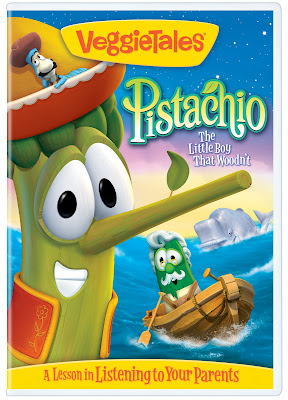 2.) You Have to Follow Basic Story Rules - Just because you have a possible world-changing message does not mean you can throw basic story rules out the window. That means you can't have contrived dialogue that tells about the backstory of your characters at unnatural times (a writing crime God's Not Dead committed too frequently).

You must show and not tell and so on. If you'd like some tips on basic story rules I have a blog post about it here.

3.) No Sermon at the End - Do not summarize your entire story in a sermon at the end. Please, don't do this. This is not a devotional. This makes the reader or viewer feel like a moron.

You're basically saying, "If you didn't get my tiny, well-placed hints then here's some preaching to fix it!" That's not good. If you have one of these at the end, just cut it out. Courageous was a great film, but then they had to put in the sermon ... I like that entire movie, except that part.

4.) (For Christians Only) Tone Down the Christian Lang - We Christians have a certain language: "saved", "spending time in prayer", "Jesus come into your heart", etc. Keep that language to a minimum. It can get cheesy really fast. Do you speak that much Christian language in real life as you've seen in some Christian films? Uh ... I don't.

Not only can it get cheesy, but non-believers will often not understand it. When I was in France on a Mission Trip, we were told not say we were "saved" but to say "we became believers", because the French people wouldn't understand it. Think of this the same for anyone who isn't a Christian here. They're not going to know our terminology.

I'm not saying all Christian or message-driven books and movies are this way. There are many good ones such as:

Books - The Dragons in Our Midst series by Bryan Davis, Captives by Jill Williamson and The Help by Kathryn Stockett.

Movies -  Remember the Titans, Love Comes Softly and The Chronicles of Narnia movies.

There are many others, but these are a few. Watch and read media like this to get an idea of what good Christian or message-driven media is and try to learn from it for your own writing. A message you have on your heart is a beautiful thing. I have many of them, but don't let them overwhelm your story or it won't be as powerful as you're seeking. God bless!


Have you caught yourself doing something like this? What do you think of Christian media writing?
(Note: please, don't use this as a bashing excuse. I'm just using the examples to convey a point. We want this to be rudeness-free blog. Thank you!)


You may also like:
Twelve Rookie Writer Mistakes and How to Mend Them
Tone Down But Don't Water Down
Write What You Know ... And What You Don't Know
Hot n' Cold
Harnessing Pain for Your Writing