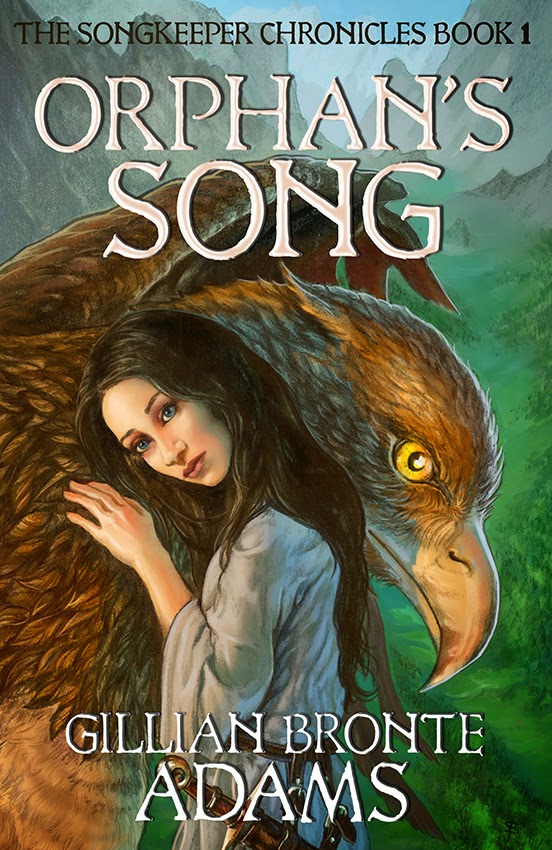 Hello, everyone! I'm pleased to participate in the cover reveal of author Gillian Bronte Adams' book Orphan's Song published by Enclave (formally Marcher Lord Press. Click the link to help out with the Kickstarter) and releasing this fall. I think the cover is pretty awesome. I love griffins. ^ ^ I definitely look forward to reading this book. Here's a little about her and her book.

Short Blurb:
In a world woven by melody and shattered by discord, a young girl discovers that the Song she hears contains far greater power than she ever could have imagined. A power that a ruthless soldier and his evil master seek to possess. A power that her guardian wants silenced.

Long Blurb:
Every generation has a Songkeeper – one chosen to keep the memory of the Song alive. And in every generation, there are those who seek to destroy the chosen one.

When Birdie’s song attracts the attention of a notorious Khelari soldier, she is captured and forced into a centuries old conflict plagued with ancient secrets and betrayals. Rescued by traveling peddler Amos McElhenny, Birdie flees the clutches of her enemies, determined to discover the truth behind the Song’s power.

Ky Huntyr has stolen many a thing in his time as a street-wise thief and senior member of the Underground—a gang of orphans banded together to survive—but he never thought he would be guilty of successfully stealing a priceless treasure from the Khelari and bringing their wrath on his comrades. Haunted by the tragic consequences of his raid, Ky joins Birdie and Amos in hopes of drawing the Khelari after him to keep the Underground safe.

But war soon threatens all of Leira, and the enemy is closing in. When Amos’ shadowed past threatens to undo them all, Birdie is forced to face the destiny that awaits her as the Songkeeper of Leira.

Author Bio: Gillian Bronte Adams was born with a pen in her hand, a sword at her side, and a saddle beneath her feet. As a speculative fiction writer from the great state of Texas, she delights in combining epic adventure and fantasy with themes that point to the greatest story of all—or, as she refers to it, writing to the echoes of eternity. During the day, she works as the Equine Director at a Christian youth camp, while at night, she kicks off her boots and spurs and transforms into a novelist. You can find out more at her on her blog and Facebook. 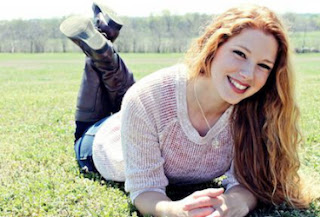 What do you all think? Does this sound like something you'd read? If so spread the word about it. ^ ^