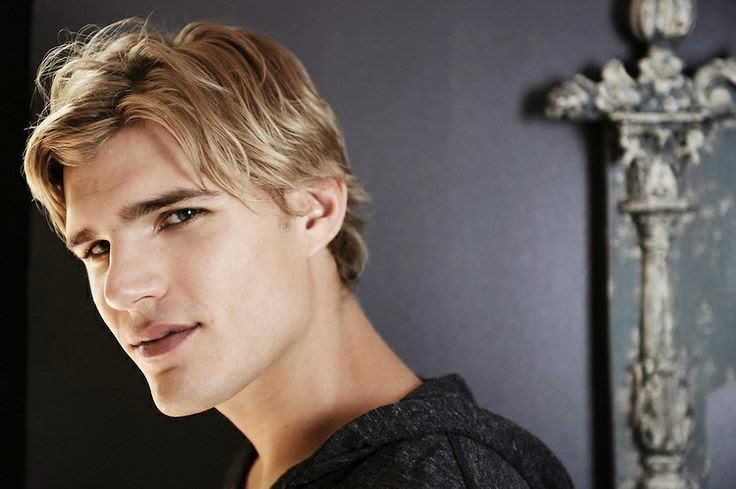 Hey, everyone! I'm doing another character interview this Saturday, and I need questions! This one will be with a secondary character of my steampunk fantasy fairy tale retelling Red Hood. I'll tell you a little about him.

Claes is an eighteen year old orphan who lives with his abusive grandfather in the poor district of the Northern Red Hood Manor. He dreams of leaving the family tradition of being a miner and becoming a silversmith in the capitol of his country Ionad. But one important thing is stopping him: money.

By day he works hard to unearth silver in the mines close to his town, and by night he apprentices with a silversmith and makes his own jewelry to sell to save up enough money to leave. Even though he is a hard-worker and a talented silversmith, his grandfather doesn't approve him because of the sins of Claes's father. Since Claes was born out of wedlock, he is a target of much scorn in the town to the point some people will not buy his work despite its beauty. He is proficient at making both weapons for fighting werewolves and fine jewelry.

Because of his grandfather's abuse, Claes is deaf in one ear as a result of it being hit too many times since he was a child. He also doesn't talk very much due to the psychological damage giving him a stutter and his personality being introverted. Regardless his past, he is still tenderhearted and kind. Mor and Dina are two of his few friends. Though his drive to escape is strong, his greatest worry is that his dream will take him away from his best friend and secret love: Mor.

Leave questions in the comments below, and he will answer them next Saturday! :)
If you liked this post, come back every Saturday for more writing advice, character interviews, book reviews and more! On Sundays I have Soundtrack Sundays where I post a new score piece, Tuesdays are Tea Tuesdays with tea reviews, Wednesdays I have Wonderful Word Wednesdays where I post a new vocabulary word, and Fridays are Fan Fridays where I post tags and other goodies. To help support my dream to be an author follow this blog, like me on Facebook, watch me on deviantART, and follow me on Pinterest and Twitter. If you want to know more about my books check out them out here. Thank you! :)