Writing Lessons from Movies: The Hunchback of Notre Dame 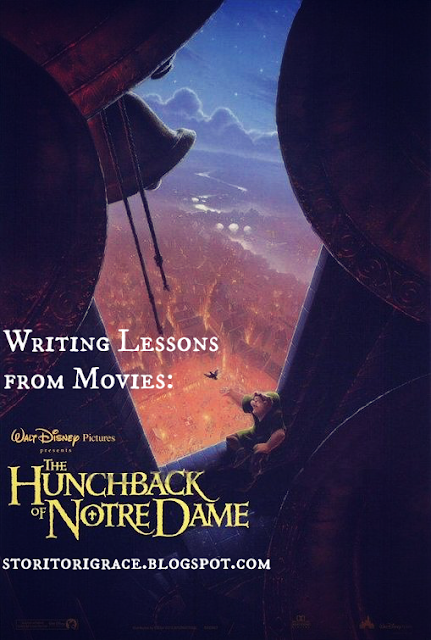 In recent years, The Hunchback of Notre Dame has made it into my top favorite Disney films. I didn't watch the film all the way through until my teens because my parents weren't too crazy about the song "Hellfire," but ironically that's become my favorite Disney villain song. After visiting the actual Notre Dame in Paris, a few years back I was so enraptured by how the animators captured the reverence and beauty you feel when walking into that spectacular cathedral. I actually heard the song "The Bells of Notre Dame" the entire time while touring the building. The Hunchback of Notre Dame is a Disney masterpiece and here's why!

1.) An Amazing Prologue - I've seen this film at least six times and every time I get chills at this breathtaking prologue. It does a beautiful job of introducing the film's theme, establishing the villain, unveiling Quasimodo's origins, and foreshadowing the main conflict concerning the gypsies. This prologue gives the film a powerful opening that sets the tone for the rest of the film.

How this applies to writing: A prologue can be a detriment to your story if you just use it as an excuse to infodump information on the readers. But a prologue that's poignant and gives information directly related to the main character can be a great addition to your story 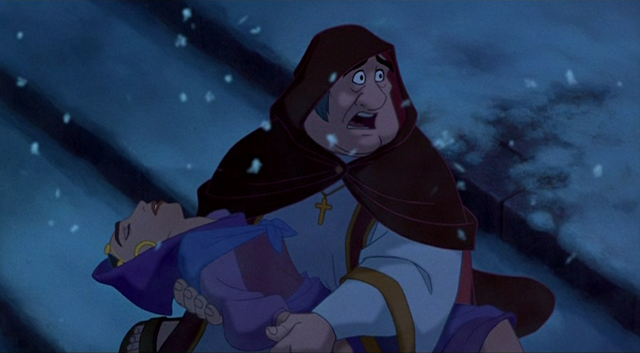 2.) A Key Phrase That's Turned on Its Head - Clopin mentions in the prologue, "What makes a monster and what makes a man?" I love how this movie turns that phrase on its head. At first, you believe that Clopin is referring to Quasimodo as the monster and Frollo as the man, but by the end of the film, you realize that the reverse is true. Appearances can be deceiving.

How this applies to writing: Have you thought of having a key phrase in your story or even as the title that's turned on its head? Six of Crows and Catching Fire are two further examples. Catching Fire speaks about the fires of rebellion catching but also refers to the girl on fire. Six of Crows makes you think of a card in a deck but also refers to the six members of a heist group acquired by Kaz Brekker whose symbol is a crow. These sorts of symbolism are what give titles and phrases depth. 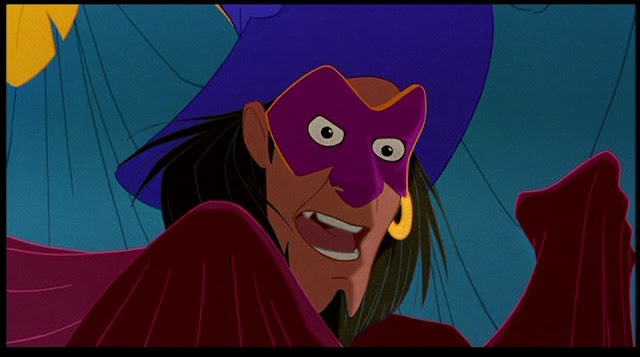 3.) A Villain Who Believes He's Good - Claude Frollo believes that he's a righteous man as plainly stated in the piece "Hellfire." (I actually wrote an entire article on Geekdom House about this because I loved the song so much.) To the outside person, he's so obviously a villainous human being, but Frollo has convinced himself so much that he's the opposite that he believes himself to be the good guy. One of the reasons why I love the piece "Hellfire" so much is that despite people thinking Frollo is just lusting after Esmeralda, it's more than that. Esmeralda makes him realize that he's a sinful man and he doesn't like that.

How this applies to writing: Have you thought of having a villain who believes he's the good guy and he's doing the right thing? 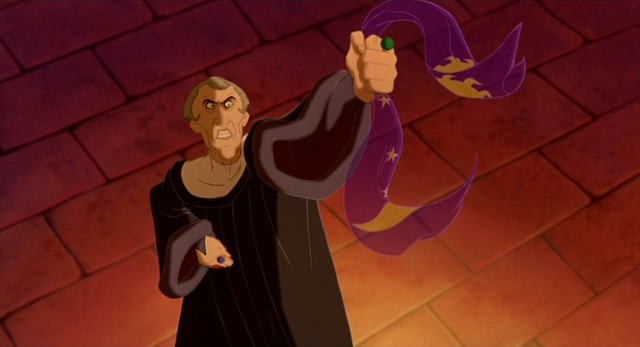 4.) Using Skills the Character Learned in Their Occupation - Quasimodo grew up as a bellringer. During this time, he's learned how to maneuver around the bell tower and the stonework fluidly. As Esmeralda even remarks how he's quite the acrobat. Quasimodo uses these skills a lot during the movie like when he's helping Esmeralda escape Notre Dame and when he's saving her from the pyre later on.

How this applies to writing: Having your character use the skills they've learned in their life before the story starts can add an extra depth and uniqueness to your character. Other examples are Katniss using her hunting skills in the Hunger Games and Rick Castle learning the facts he's picked up as a writer to solve crimes in Castle.

5.) A Moment Where the Protagonist Could Have Turned Bad But Didn't - Quasimodo almost instantly fell in love with Esmeralda. She didn't flinch when she saw his face and she treated him like he was just like any other human being unlike how Frollo told him people would treat him. But much to Quasimodo's chagrin, Esmeralda fell in love with the strapping Phoebus. Quasimodo could have lashed out in jealousy and vehemently opposed to their relationship, but instead he supported their union because he knew that would bring them happiness.

How this applies to writing: Do you have a moment in your story when the protagonist could be the villain? It shows strong characterization when the character could do this but instead choose to the do the right thing. 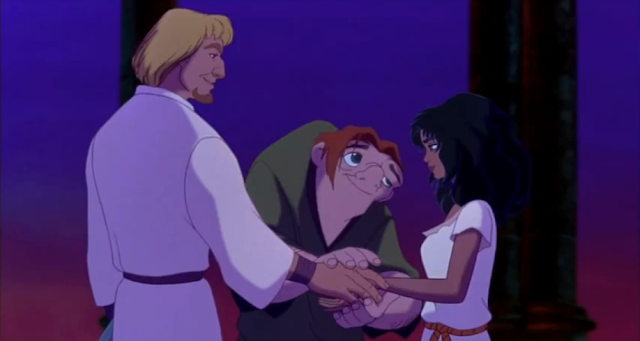 Conclusion - The Hunchback of Notre Dame is a beautiful film. I highly recommend it!

Have you seen The Hunchback of Notre Dame? Have you noticed these writing aspects? What movies have you noticed have good writing? Let's geek out together!