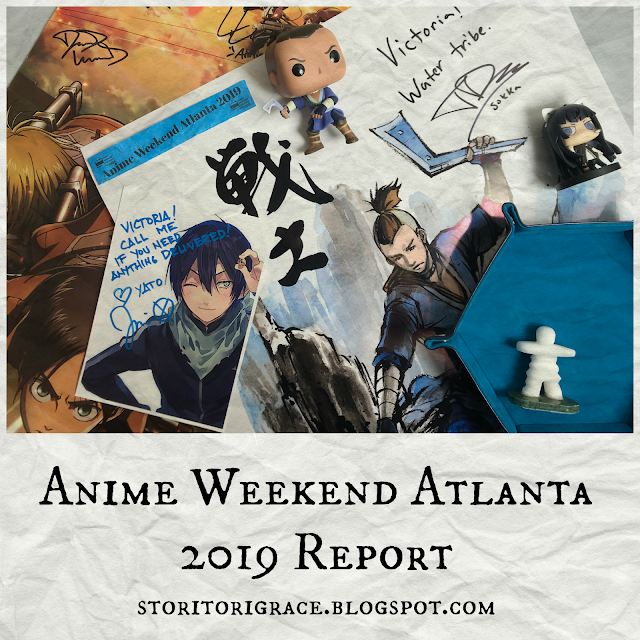 AWA was a bit of a roller coaster ride this go around! But all ended up well! I decided to only go one day this year since there were only three voice actors I wanted to see but one of those with the voice actor of Sokka from Avatar: The Last Airbender and I just had to meet him!


Well I originally planned to go on Halloween because going to a convention on Halloween sounded like a great idea and it was cheaper admission. However, things didn’t quite go as planned. The night before I decided to look at the schedule for when the autograph hall was going to open then I found out it wasn’t listed but the vendor hall wasn’t going to open until Friday ... and I was going on Thursday. I couldn’t get any information if that was for sure the case but I already paid for the event so I decided to dress up in cosplay and go anyway.

Well I was sick and it was rainy and I got to the convention hall and found out that the autographs didn’t open until Friday. So having nothing else to do ... I turned around and left. But I went to Sweet Hut and got a free bubble tea because I was in costume and then got wet and cold going back to my car. Then I went home, took a shower, and went back to bed. 😂 Lesson learned: don’t go to AWA on Thursday. 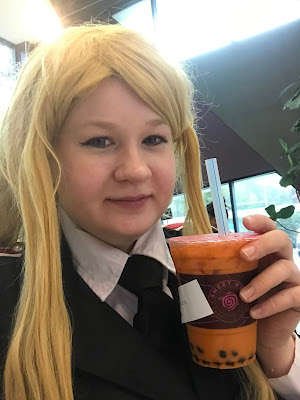 On Saturday I decided to fork over the dough and try again this time in just casual clothes because still sick. After waiting in line for parking and registration I made it into the convention and made a beeline for the autograph halls where I got to meet Jason Lebriecht voice of Yato from Noragami! Since no one was in line, I got to talk to him a few minutes about Noragami and about him being cast as Qrow in RWBY. It seems there's hope for a new season of Noragami soon! 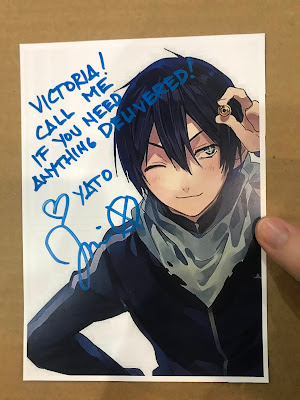 Next, I wandered around the halls for a little bit to look at the wares. Of course, there are so many cool things but I was on a tight budget so I just got a dice tray, ramune, and a red bean bun to eat while sitting in line for Jack DeSena. It was only 3:30, but people had already begun to line up so I joined. I talked to a few people so the wait went by fast and before I knew it it was my turn to see Jack! He was so nice and he signed this beautiful poster of Sokka I got from Redbubble. He liked the poster a lot. 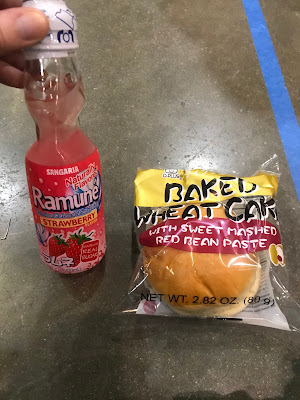 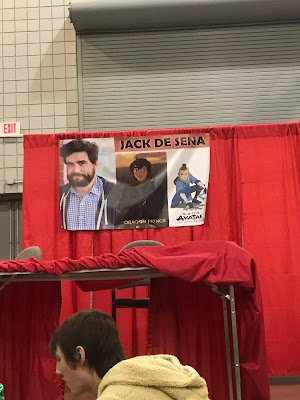 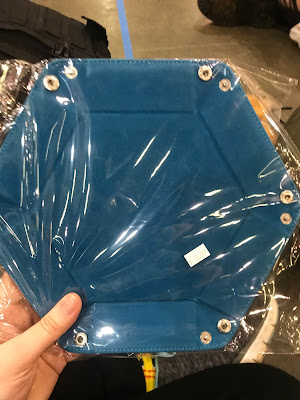 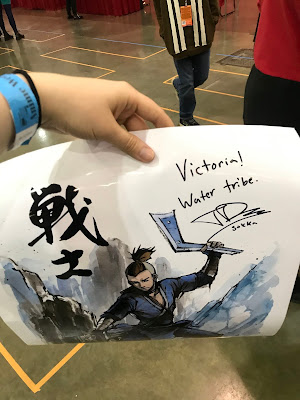 Since the autograph was free, I decided to get a recording as well! I asked him if he could still do Sokka's voice and he said, "I've still got him." I told him to give a motivational speech in the voice of Sokka. Here is the transcript but I will have a vid up on my Instagram story with the recording later today!

"Hey Sokka here. Get out there and do it today! Go be the best you you can be. And hey if everyone around you in the world has you know special abilities and and they're bending and stuff and they seem really cool, uh, and you feel like um maybe I'm not as powerful or impressive, you are. You're special in your own way. Hey, maybe you're a great leader. Something that you can do today that will change the world. DO IT!"

It was so amazing and I definitely want to start collecting recordings of voice actors giving motivational speeches now. ^ ^ 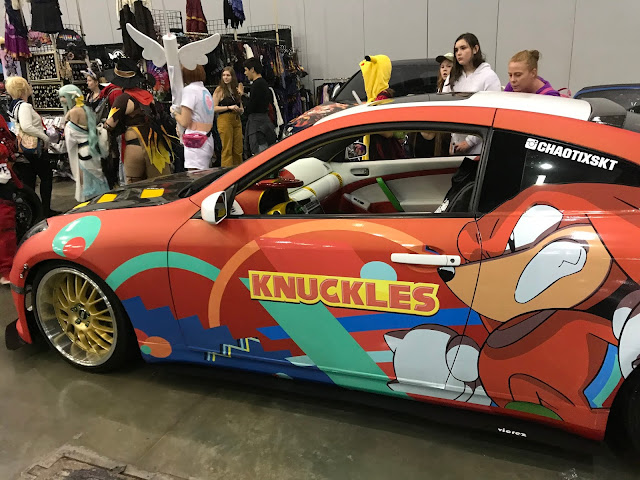 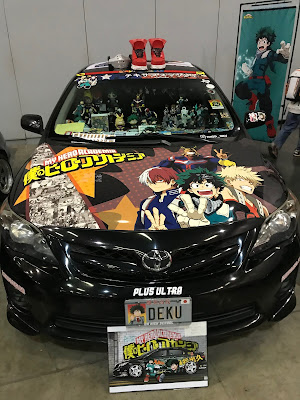 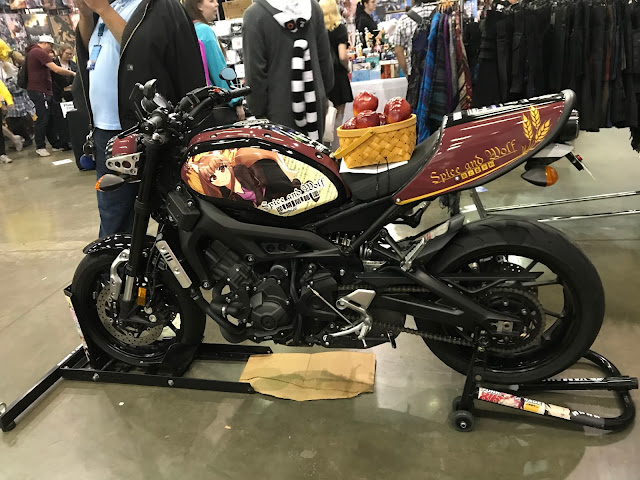 I also saw David Wald voice actor of Hannes from Attack on Titan. He was also very nice and I got his signature for my growing collection of AoT autographs.

I walked around the halls for a little while longer and found a rare figure from Guilty Crown and looked at some cool Itasha cars. So I wasn't tempted to buy anything else I left, did some Pokemon raids, got a rice bowl to go from the Bento Bus and headed home. It was a short day, but it was short and sweet. ^ ^ 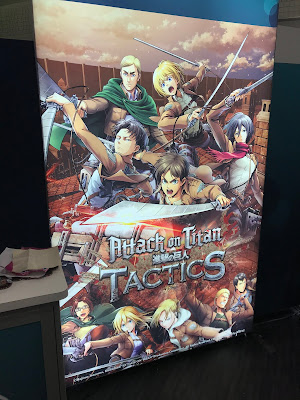 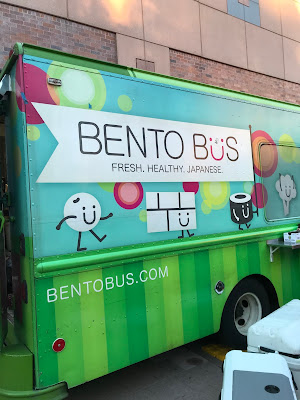 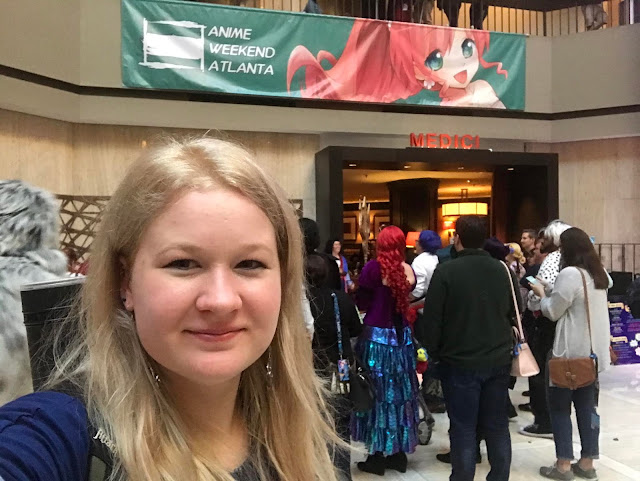 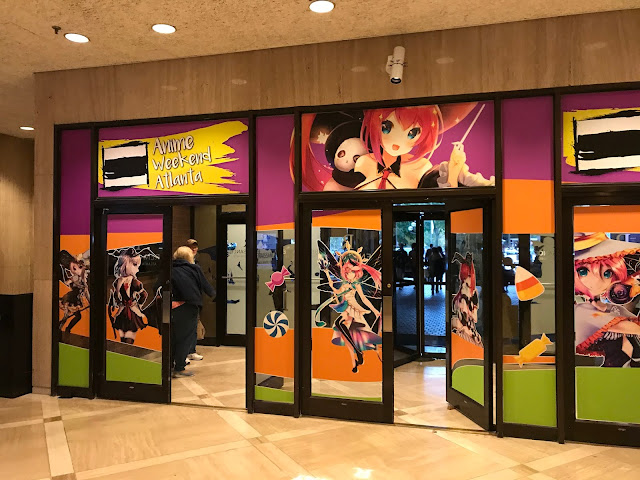