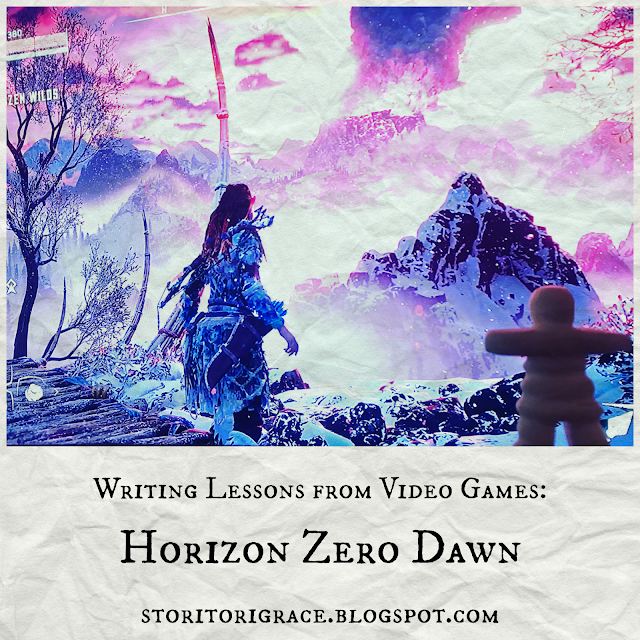 1.) A Unique Spin on the Post-Apocalyptic Twist - Horizon takes place after some great catastrophe but you as the main character Aloy have no idea how long ago that was. If you have any kind of sense of the genre, you figure out that the robots had something to do with it at the beginning. But the real mystery isn't how did civilization fall but how did they survive a robot apocalypse that annihilated most of life on earth? And as you find out more information you have more questions as to how everything clicks together. This captured my intention throughout the gaming and had me pining for more information.

How this can be applied to writing: When most people think of Post-Apocalyptic they think of shoot 'em up like Zombieland or The Walking Dead or something very philosophical like The Road or Station Eleven. Horizon sits somewhere in between since it includes considerable action, but also a lot of mystery and inner thought. It really stands out among the genre and just goes to show that any genre can have a popular new take.

2.) A Hybrid of Technology and Primitive Civilization - This world is just amazing. It's a beautiful hybrid of nature and technology. Machines are harvested for their technology as if they were animals and factories called "cauldrons" found throughout the world create more of them as fast as they can be hunted. Metal shards are used as a currency. Some cultures fear the machines and their technology like the Nora but others embrace it like the Oseram. The primitive tribes of people use technology for their weapon and clothing which makes this amazing mix of outfits. It's so cool! 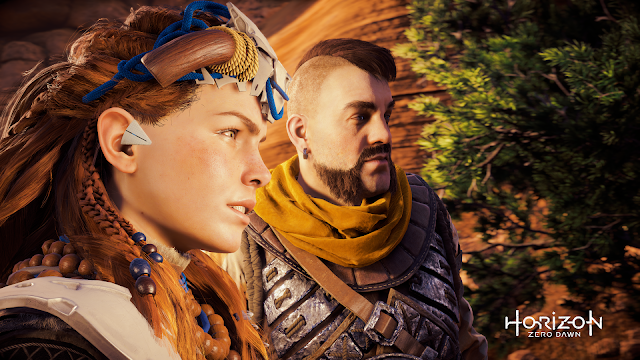 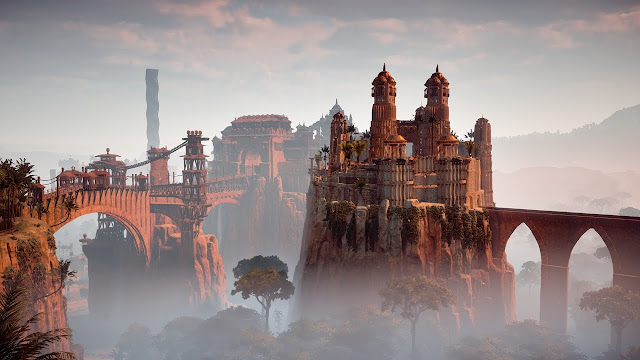 How this can be applied to writing: I love this mix of primitive and technology. It's such a fun contrast. I've seen similar worlds with Mortal Engines and Nausicaa: Valley of the Wind, but all of them are so unique.

3.) Well-Layered Personal Stakes Plots - Like many large scale video games like this there is the main plot and many subplots that you do in sidequests, though in this game I really like how the main plot is divided into two different large goals that merge into one: finding the true origins of the people of this world and what happened and saving the existing world from a group of cultists who want to take over. These two goals weave seamlessly with each other and the writers made sure that each plot remained personal for Aloy. She had personal reasons for involving herself in these endeavors: finding the origins of herself and saving her people from extinction. 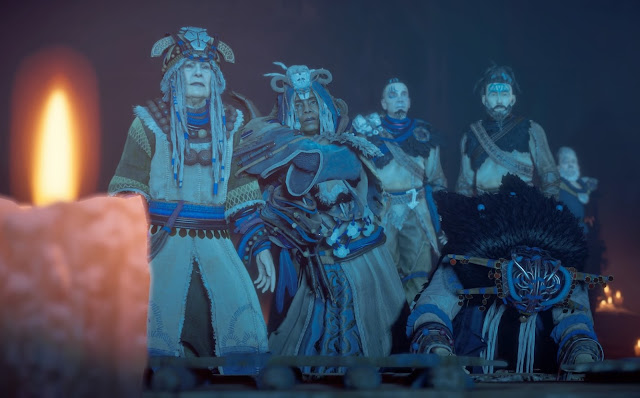 How this can be applied to writing: One big thing to always keep in mind no matter what plot you put your characters in is: what's in it for them? Why are they doing this? What personal connections do they have to what's going on? Frodo and Sam sought to destroy the ring because otherwise the Shire, their home, would be destroyed. Eren seeks to slay all Titans to avenge his mom. Naruto takes on the Akatsuki to save his friend Sasuke. Always make it personal.

4.) Searching for Parent - Aloy's journey truly begins when she seeks her mother and what happened to her. She knows that she has something to do with the machine world, but no one knows anything else. Her main personal journey is getting closure about her origins and how she came to be. This is very emotional for her since she grew up without a mother which was especially painful since her culture revered mothers so much.

How this can be applied to writing: As someone who had to go through a similar journey to discover more about my birth father, I really got what Aloy went through. You want to find out more about your parents so you know fully about why you are the way you are. Otherwise, it feels like a piece of you that will always be in shadow. I have a post all about being adopted where I go into more detail about this. 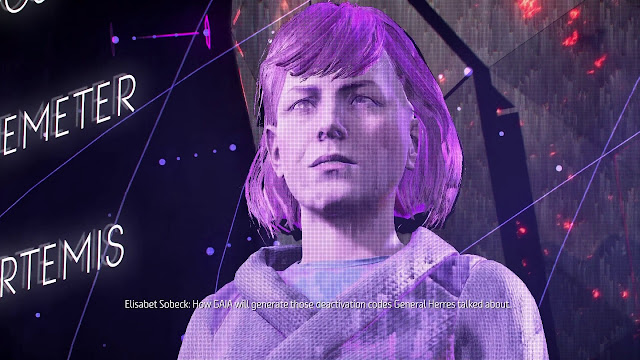 5.) Unique Twist on Cloning - Near the end of the game, Aloy discovers that she was a clone made from her mother, the only survivor of the Lighthouse Project which was a program designed to clone all of the brilliant minds a part of the Zero Dawn project. The reason why she was created so far after her mother's death was that Gaia initiated her birth then. Hence why Aloy can have a mother who was dead centuries ago. None of this will make sense unless you play the game but just skip to the next part. XD

How this can be applied to writing: Cloning is a very done concept. It's hard to find new twists on it, but a clone of someone hundreds of years after the person they're cloned from has died is a really neat concept. And of course, it's good to address that just because you're a clone doesn't mean you're that same previous person. Every human has their own soul. 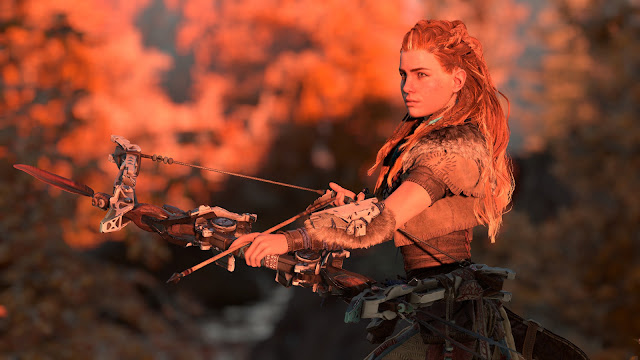 Conclusion - This is such a beautiful game and a wild ride! If you have PS4 you must play it!