How to Write a 3D Villain Part 2: What Event(s) Made Your Character Evil? 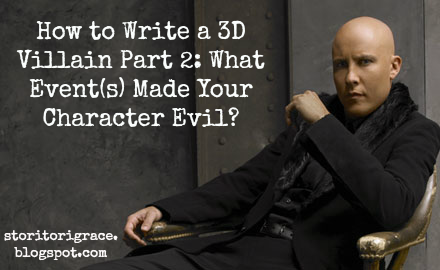 Hey, readers! Here's part two to my How to Write a 3D Villain post! Today I'm going to talk about background. What events led up to your villain being evil or was it one big event that sent him/her down that path of wrong doing? Even if you don't ever tell every detail of your villains background in your book, it is good to know them in your head because it'll help you know how your character is going to act.

Background: What Event(s) Made Your Character Evil?

People just don't wake up one day and decide they want to destroy the world or cause someone unspeakable misery. There is one or more factors that motivates your character to be evil, which I covered in Part 1, but now I'm going to cover how these factors came about. You don't want to make your readers care too much for the villain because he is the villain and all, but if the reader at least understands the villain, the villain comes off as more human and realistic.

Warning: There are some spoilers about the following example characters below.

Childhood - Childhood is a big molding period for anyone including your villain. Abuse either verbally or physically can effect your character. The villain's parents disliking them or not being supportive of that character or people in general looking down on that character can cause a little seed of darkness too.

Example: Lex Luthor from Smallville - Lex's father disapproved of him and a lot of  kids made fun of him as a child. The influence from his father and anger built up for people including Clark Kent contributed to his eventual turn to the dark side.


On the other hand, there are villains that've been loved too much almost. Their parents expected too much of them or spoiled them.

Example: Amon from The Legend of Korra - His father wanted to push his legacy onto Amon which made him rebel and want the opposite of his father's ambitions, which set him on his quest to rid the world of benders.


The Protagonist - Now those were other people from the past, but sometimes a sin committed by the protagonist to the villain in the present or near past can incite a turn to evil. The protagonist may apologize, but he hurt that character so badly, it's too late.

For Example: Syndrome from The Incredibles - Syndrome formally Buddy idolized Mr. Incredible, until he was cruel to Buddy which scarred him against heroes.

Or there could be a combination of events that happened when the character grew older ... At times it's a big immediate change and other times it's more gradual.

Example for Catalyst Change of Sides - Cora from Once Upon A Time. Kora was a simple, poor miller's daughter, but when the King and a snobby princess humiliated her in the king's court, that incident tipped the scales to the villainous side. 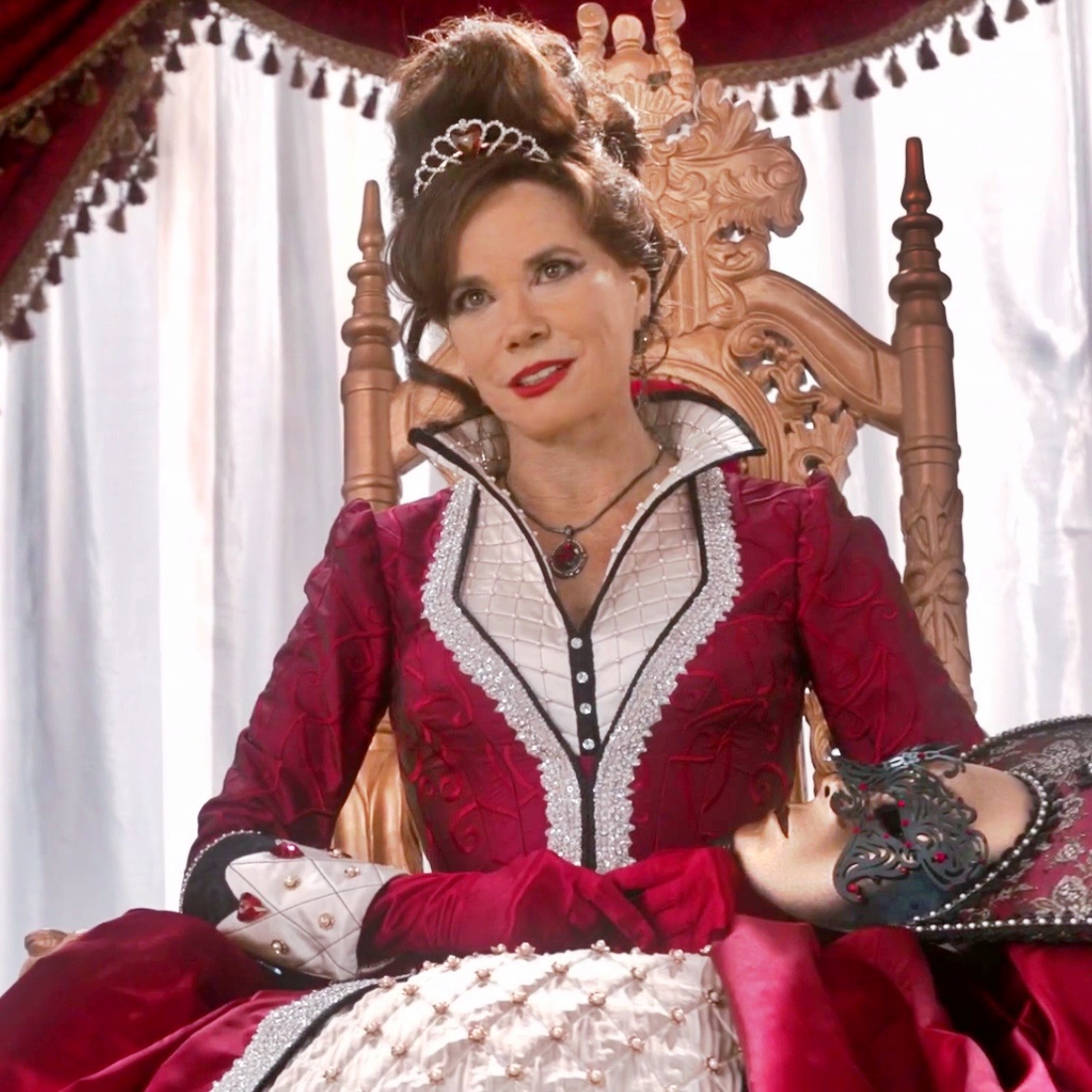 Example Gradual Change of Sides - Rumpelstiltskin from Once Upon A Time. People always Rumpelstiltskin looked down on him, even from childhood partially because of the sins of his father. People laughed at and shunned him. That burden on his back propelled him to do horrible things when that anger built up. He lashed out against his bullies and a lust for power grew to compensate for the power he never had growing up.

It took time for these villains to become evil. You may have a character who begins good and then becomes evil in the books. Background and a good motivating factor will help you have a realistic villain your readers will both fear and understand.

What event or series of events caused your villain to be evil? Was it gradual? Was it one catalyst event? Who is your favorite villain? Why do you like him/her so much?  Do you have any questions about writing a villain?