What Anime Can Teach Us About Writing 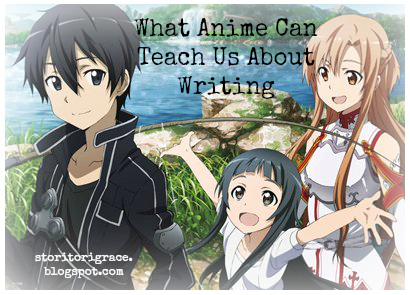 A lot of you may be thinking, "Anime? Seriously?" And if you're not the biggest fan of anime thanks for reading this post anyway. A lot of  you may think anime equals Pokemon and Yu-Gi-Oh!, but there are a lot more out there besides little monsters beating each other up.

Anime is very different than American cartoons. In Japan, it's culturally acceptable for both children and adults to watch anime and read manga unlike here where cartoons and comics are mostly designated toward kids.

Because of that animes often include more mature content. Most of them I'd say rate about PG-13. Because a lot animes are watched in the U.S., many of them are dubbed (voiced over with English voices).

Moving on from the World History lesson, animes include a lot of great writing that in many instances I prefer over American writing. Because they are a different country they look at things differently than we do, and I think some of that different perspective can be applied to our writing in the following ways.

1.) Unique Looks On Concepts - One hallmark of anime: it's weird. It just is. There are some concepts that are sort of like: what? How did someone possibly think of that?

For example: Shugo Chara, which a magical girl shojo (girl's) anime, is about a tween girl who has little companions that come from her heart in eggs who represent the kind of person she wants to be.

Weird right? But that was actually a good anime. It worked. Maybe we need a little more weird in our writing and thinking out of the box for our books. 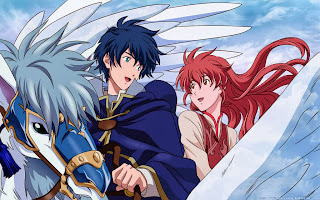 In animes they also like to take new spins on old concepts. Fairy tale retellings are a thing nowadays, but have you thought of doing something really out there?

For example: In RomeoxJuliet it's the classic story, but they stuck the characters into an epic fantasy setting. Plus they made Juliet disguise herself as a boy and be a superhero for the people like Zorro. How cool is that? (On a side note this is a good anime to check out if you want to see if you like this whole anime thing.)

Don't be afraid to think out of the norm. Try different things even if they sound really, really weird they could turn into something awesome!

z
2.) Deep Themes - Another thing I really enjoy about anime is they really get into the heart and minds of humans with their themes. What the characters learn from the story. Now some of them are kind of outlandish, but a lot of themes from some of my favorites are just so deep and meaningful. 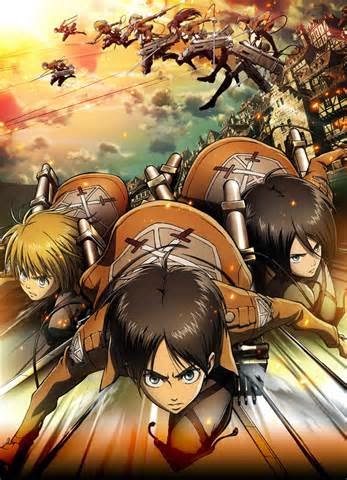 For example: In Attack on Titan, the human race is practically extinct because of Titans. The characters have to battle against these nearly invincible enemies to stay alive and keep their loved ones from harm.

Titans are scary. They will kill you in very not nice ways. The biggest theme in this anime is overcoming fear. It's rising up despite being so afraid for yourself to help others. It's very inspiring to see the characters push through their instinct to run to stand up and fight for their friends.

I feel like in a lot of American media fear is grazed over. The characters somehow have this courage that came out of nowhere.
In your books, try to reach in and find these really deep concepts to weave into your book to inspire others: love, sacrifice, courage and more. It makes what one reads and watches memorable.

3.) Characters - I could go on and on and on about how great anime characters are. There have been some animes that I didn't really like the plot, but the characters were just fantastic. They are unique, memorable and very human which is what we need in the characters in our books.

Some are easy to relate to, some are really cool, and some are just so out there that we just can help but love them. Then there are the bad guys which are equally brilliant.

Shu from Guilty Crown - He is an easy to relate to character from my favorite anime of all time. He is introverted and grows to push through his fears. He is also super-powered which is always awesome and has to learn how to be responsible for his gift. 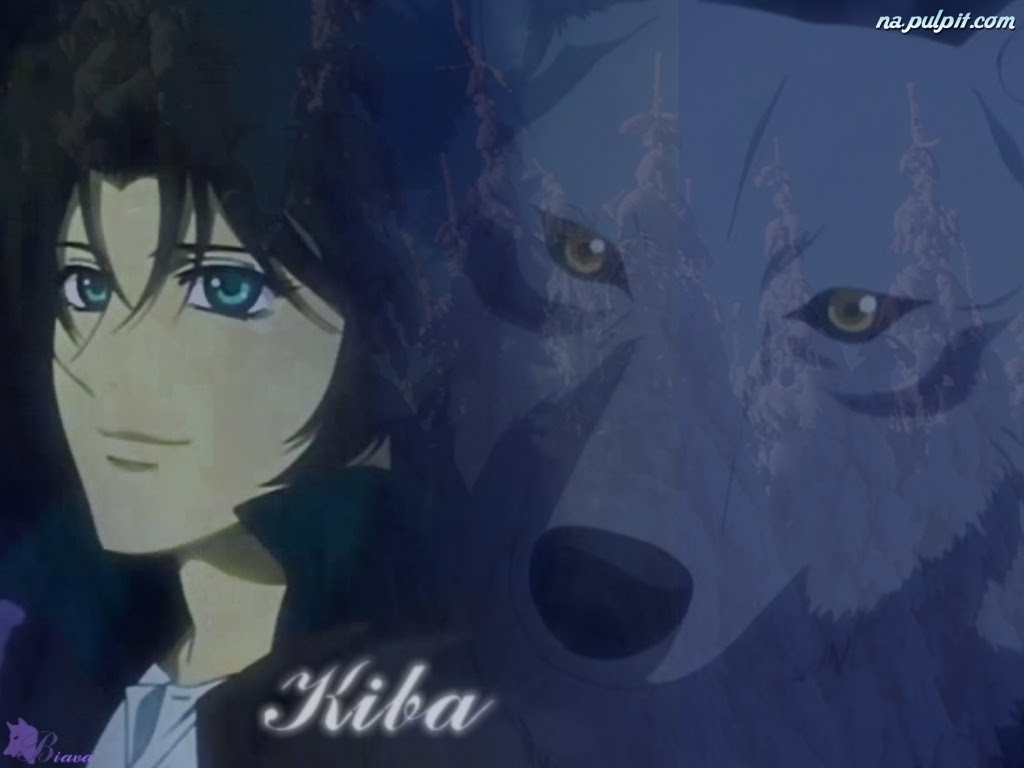 Kiba from Wolf's Rain - He's really cool, mysterious, loyal, and kick-butt. And he can turn into a wolf! He's protective of his friends and a typical bad boy.

L from Death Note - An eccentric crime-solver with an affinity for sweets. He's so distinctive that he has his own posture and little habits when he's thinking or mad or other moods. 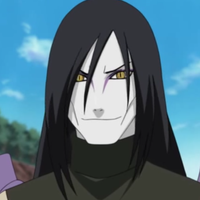 Orochimaru from Naruto - A great, creepy, powerful villain with ninja snake powers and a deep backstory on how he became evil.

And I couldn't even get into all the great female characters. I could do a whole post on anime characters. XD Anime is also great into going into backstory so you can feel for each character, but be careful about going into too much especially near action sequences. Naruto went way overboard and I kept thinking "Get to the action already!"

So what do you think about anime? Did this post change your views? Can you apply any of these concepts to your stories?