Description: It's Gotta Be Just Right 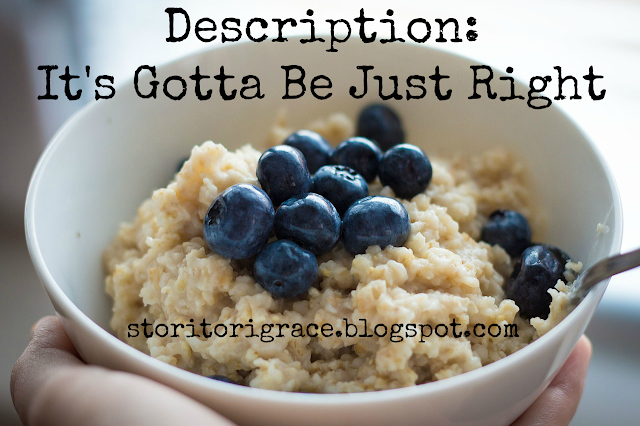 Though I love the works of both these authors, J.R.R. Tolkien was extremely description-happy to the point we skip long swaths of detail and Suzanne Collins gave us just enough description in the Hunger Games so we're not in a white void. I'm a firm believer that there is a happy medium.

Description shouldn't be overused, because it can stop the story and readers will often bypass the description if it gets too much. Don't let this scare you into giving scant description or this will create the opposite effect as in the reader will have no picture of what's going on. In this situation, I will often quote Doctor Who in my head thinking, "I don't know where I am!" when I stumble upon a scene where I haven't the slightest idea of setting.

Description is an essential tool for writing. Here are eleven tips on doing it well:

1.) Use Strong Words - Use strong descriptive words to create a better picture for your reader. Often your descriptive bits won't be as long if you use more specific words. The dictionary and the thesaurus are your best friends.

2.) Use the Five Senses - Think about how you can incorporate the five senses into your description. Often you can't incorporate them all, but getting at least three in really helps set a scene or describe a person. I've also noticed that smells really help immerse one into the scene. The olfactory section of your brain helps trigger memories. I'll give you some for instances:

A scene: A sun-lit field fraught with a rainbow of flowers stretched for miles to the distant snow-capped mountains. As a strong breeze rippled the sea of color, a sweet smell filled the air. For a few moments Delia could only hear the air blowing past her ears.

A person: The heavy middle-aged man trudged over to the counter his steps clunking on the scuffed tile floor. His belly showed below the hem of his off-white grease-stained, t-shirt. He reeked of cheese puffs and body odor. 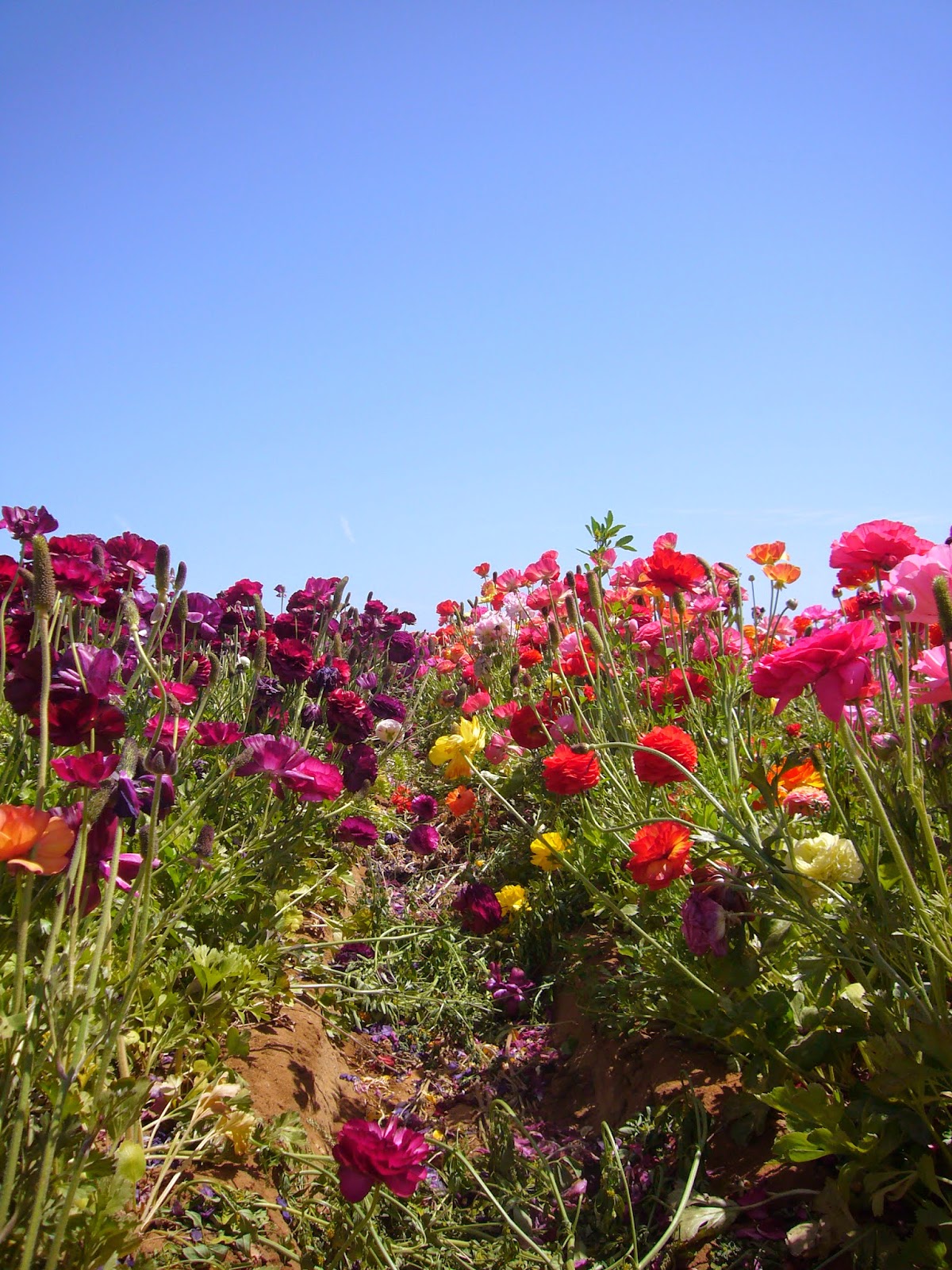 language are a great tool, but if they are used too often it can take away the impact of the really essential similes and often become repetitive. And one must also take caution if the simile is too extreme. Did her tears really pour out like a waterfall?

4.) Keep Your Description on the Downside at the Beginning - At the beginning of your book you want to focus on the action and keep description to just enough to set the scene. The reader doesn't want to be bogged down by the description of the weather when they're not totally sure if they want to read this book or not yet.

I've encountered many manuscripts where I've thought: "So where are we?", "Oh! That person is nineteen! I thought he was like ten!", and "I have absolutely no idea what that thingummie is. I've never heard of that. Is that real?" Make sure the reader has enough information to get a basic idea of what everything is.

6.) Lighting - The light source of your scene is essential for creating a good picture and mood. Whether an alleyway is dark or light will give a starkly different effect. Define this in the forefront of your description. Is the scene naturally lit? Moonlight or sunlight or no light? Is it artificially lit? White light? Yellow light? Blue light? Red light? Is it dim? Is it bright?

7.) Your Characters - Important characters need more description than minor characters. You don't have to describe everything about them, but I've noticed age, clothing, and skin color are pretty essential.

Their age will define their voice and their overall appearance. Their clothes will define what sort of person they are. Someone who wears a nice suit is different than someone who wears ripped jeans and a tank top. Skin defines what race they are. Hair color, eye color, weight, height and any scars or tattoos or important accessories (favorite knife, gold watch) are other things to consider.

I've noticed defining at least one distinctive feature is a good idea so the reader can remember that character by the feature if anything. For some of my character it's Bryce's tail and Judah's crisp suits.

8.) Important Details - Though you don't want to over describe, key details are important to point out such as a sword someone is going to use later, scars that will eventually lead to some back story or a place in the town where the bad guy is going to set up the bomb in the climax. This is foreshadowing, and it's very important.

10.) Remind Your Reader of Details - Sometimes over the long course of a novel we forget what a character looks like or what that place looks like. Occasionally, you need to drop reminder description to make sure the reader doesn't forget and get confused.

11.) Keep Description Short During Intense Action - When your character is in an intense situation such as a battle, they won't think about the beautiful stars or they'll well--probably die. But you don't want to describe nothing so suddenly a magic rock appears conveniently so the hero can defeat his opponent. Describe the area but don't go into extreme detail.


In summary, description is our friend. It helps us immerse ourselves into the story so we can see that green, arrowhead-shaped alien battleship or be grossed out by that purple wart with a black hair on that witch's nose or be fascinated by the roaring waterfall cascading down into a spumescent pool below. See what I did there? ;)

Do you have questions about description? Do you have any particularly cool bits of description you've written or found you would like to share?

You may also like:
Twelve Rookie Writer Mistakes and How to Mend Them
How Drawing Can Help You Write
Six Tips For Line Editing
Five Tips on Writing A Good Main Character
Dear Christian Writers ...