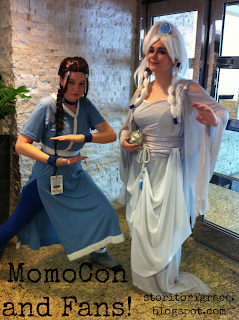 Last week I attended MomoCon for the first time, and I had a blast. Though I've attended DragonCon in 2012 and 2013, I enjoyed this con because it is smaller and less overwhelming. If you haven't been to a convention, they're big events where celebrities attend as well as hundreds of fans. There are many artists who sell awesome art work to sell, tons of people dress up in costume of their favorite characters, and panels by fans or with celebrities.

I went to two panels where several actors from my favorite shows attended and they were just the best. Afterward I had the awesome opportunity to meet them and get autographs. ^ ^ 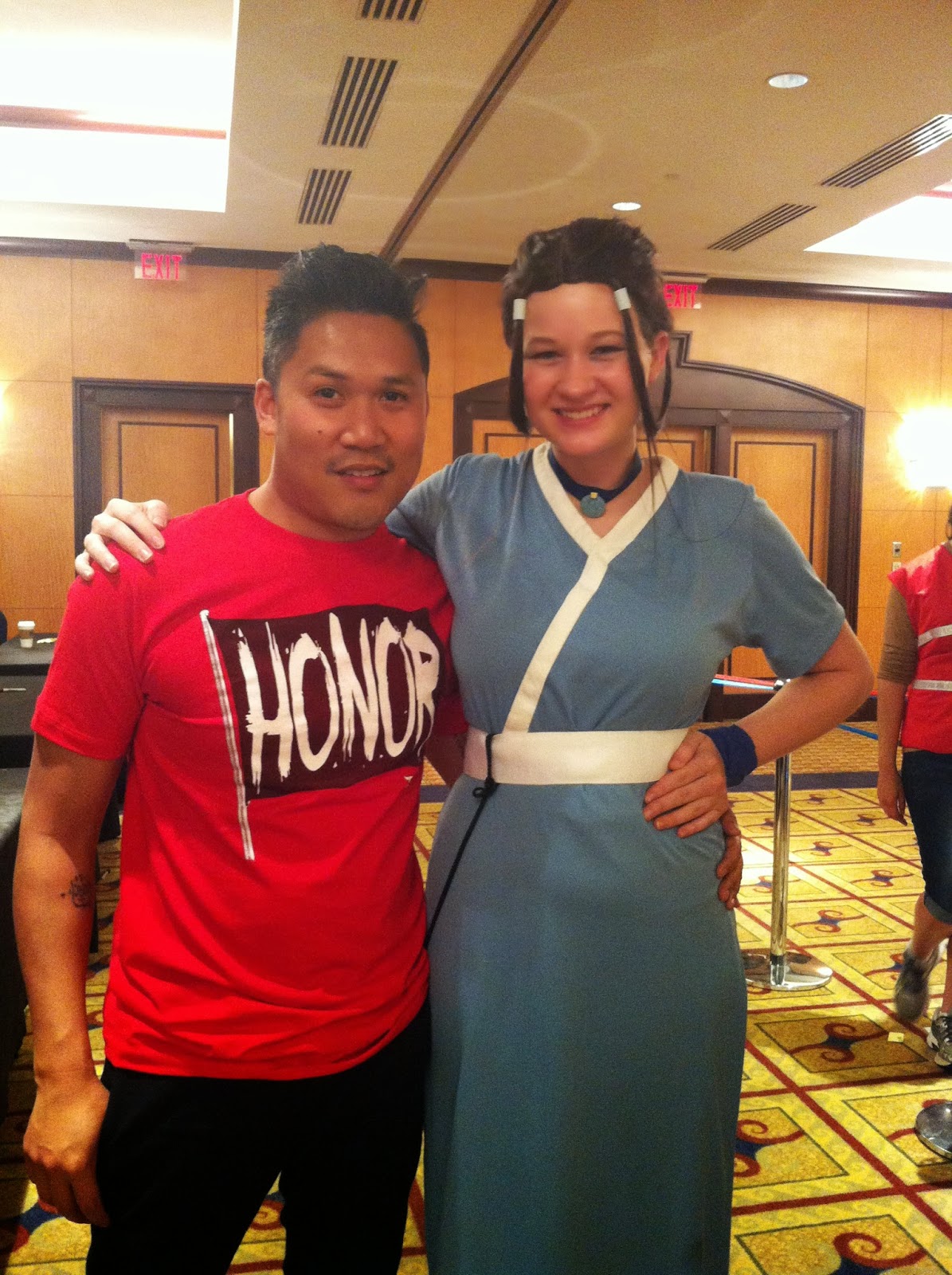 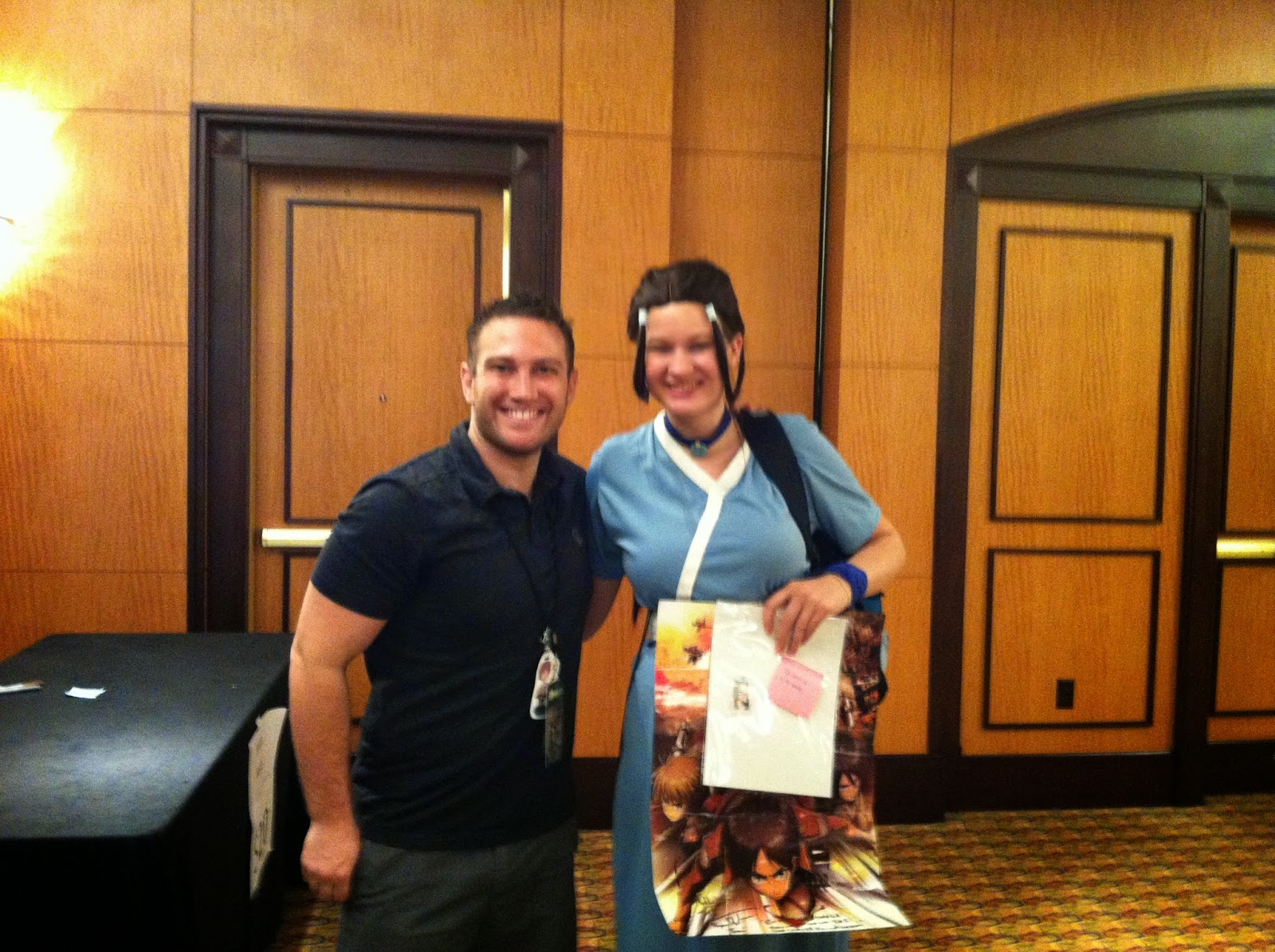 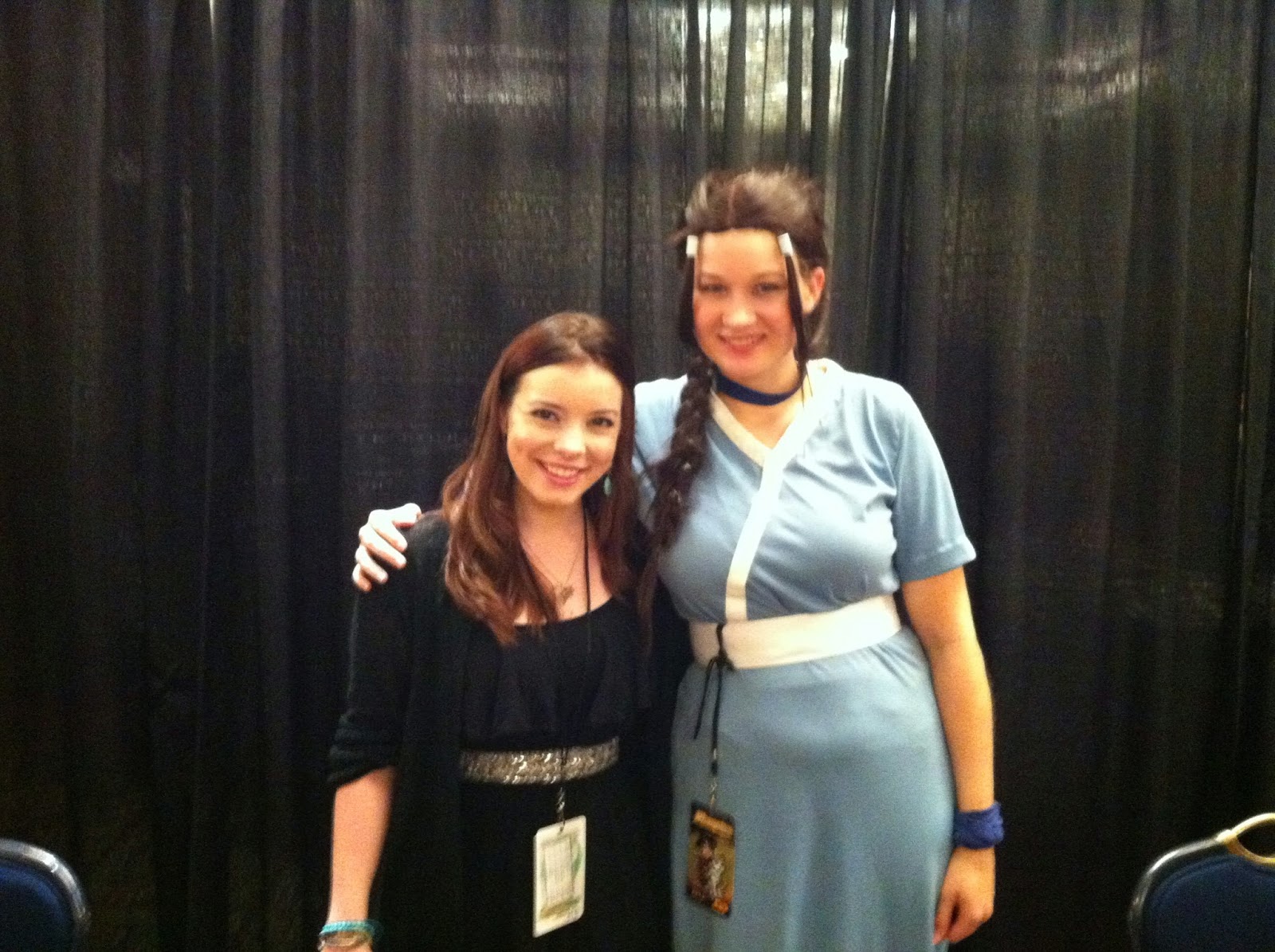 They were all so kind to all of their fans and really down to earth. And it made me think about being a future author with fans. I haven't been published yet, and I've acquired a few. I love you guys! But I think as writers and future authors we could learn a few things from these people about handling fans in person.

1.) Give them Your Attention - One awesome thing about theses actors was when you spoke to them they looked you in the eye. They made you feel important by stopping and paying attention to you. Make your fans feel important.

2.) Be Humble - Actors/Writers/Whatever famous people or published authors are just people
too. These actors felt so at our level. They didn't act high and mighty and above us. Don't let being published or having a ton of views on your blog puff up your pride. We're all people, and it's so refreshing to know that that actors/writers/etc. are just regular people like us.

3.) Fan Their Fangirling - If they drew something for you, take a minute to look at it. If they dressed up as your character, compliment them on it. They did it because they love you and your work. Encourage them. Dante Basco said my Katara costume was awesome, and that totally made my day.

4.) Say Their Name - When you get an autograph from a celebrity they'll address it to you unless you tell them otherwise. These actors said "Thank you, Victoria" after every signing, and it made me feel like an individual and not just another fan. And telling them thank you acknowledges that you respect that they came all this way to see you and waited time in line or whatever obstacles just to meet you.

5.) Signature - Work on a cool signature. I need to do this, but having a cool signature and then writing a quote is pretty awesome. Penning down a default quote or asking the fan a quote both work. Dante Basco asked me what my favorite line was of Zuko's and wrote it for me. ^ ^ It was "That's rough, buddy." ;)

It is awesome to have fans and to be a fan. It's pretty humbling and encouraging to have someone you've never met admire you and want to do something for you. And it feels great to meet an author or actor or known person you like. I've had some fans draw some fan art for me and even cosplay as one of my characters. Receiving emails and reading comments from fans makes my day.

Thank you to all my fans who read my blog and are following me on my other social media sites. ^ ^ You guys are awesome! Give a fan a hug today. ^ ^