A Book Review of Reapers by Bryan Davis


Reapers is a dystopian tale with a supernatural twist. Taking place in a futuristic, urban setting, this first book in a planned trilogy will appeal to readers of The Hunger Games and similar fast–paced stories for young adults. Along with a blend of real life and imagination, it delivers action, danger, and suspense through the adventures of three teenagers—Phoenix, Singapore, and Shanghai—Reapers who collect the souls of the dying or already dead and transport them to the Gateway where they will travel to their final destination ... or so they are told.

Series: Reapers (Book 1)
Genre: Christian YA Dystopian
Publisher: Scrub Jay Journeys; First edition (March 1, 2014)
Page Count: 400 pages
What I liked: This is one of my favorite books this author has ever written. It is an emotional ride that will slaughter your feels wrapped around a gripping plot. I actually beta-ed this book before it came out over a year ago. I've now reread it for review.

The plot is gritty with lots of twist and turns and clever villains trying to stop the heroes' plans and will keep you turning pages and possibly make you throw the book. Since this is about people who reap souls, there is a lot of death so queue waterworks. Certain scenes will probably make you cry and others are very powerful and will make you stop and think. There is romance. It's actually a love ... square. It's very complicated and not cheesy at all and all of the girls are very likable.


This is Mr. Davis so of course the writing is good. You can picture the scenes and actions clearly.


The characters are three-dimensional and intriguing. Their names are really neat since they're named after destroyed cities: Phoenix, Moscow, Singapore, Shanghai, Cairo, Saint Petersburg and others. The main character Phoenix is noble and sacrificial. He's a light in the dark dystopian world. Singapore and Shanghai are awesome ladies. They're capable, but still feminine. One of the ghosts named Crandyke made me laugh several times. The villains are very evil. Alex is cruel and cunning, and the Gatekeeper has that sickly sweetness that makes your skin crawl. There's also a little ghost named Tori like my name. ^ ^


I like the myriad of accents the characters have including Scottish, Irish, and African. When I read part of this out loud at one of the Florida Christian Writers Conferences, I did the Scottish and Irish accents and that's a fond memory of mine.


I love this world. It centers around dystopian Chicago. It is really dark and the government controls the citizens by confiscating medicine. It's really fleshed out and feels real. The reapers' abilities are very neat especially the actual reaping of souls. When they go into the ghost realm is very interesting.


There are many themes of trust, friendship, and sacrifice throughout so despite the dark atmosphere there is much-needed hope in the story.


What I didn't like: I felt like Phoenix's voice sounded a bit mature even for someone of his background, like some of the author's fantasy-style was bleeding in and it felt a bit inappropriate. Though this gets better as it goes.


Content Cautions: This is a book about reapers as in people who escort souls of the dead to the gateway to go to the afterlife. There's nothing sacrilegious here. Many ghosts wander around or are characters which are basically just disembodied souls. Since this about reapers there is some violence and death, but nothing too bloody. There are some mild sexual references from mostly the bad guys and some smoking. Some characters are stripped naked after they're executed, but it isn't described graphically.


This book is definitely top notch in the dystopian department. I give it 4.5. ^ ^ 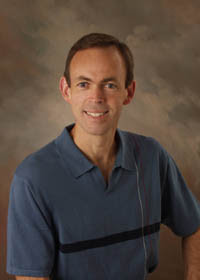 I've reviewed several other books by this author:
Dragons of Starlight Book 3: Diviner


If you're not convinced to read it by review then also check out this book trailer! It's really awesome for an indie trailer, like, really awesome.

And ... when you're finished with the book the author has posted the first bit of the second book up on his blog! Yays! Check it out here!

If that wasn't enough I'm giving away a paperback copy of the book signed by the author! How cool is that?