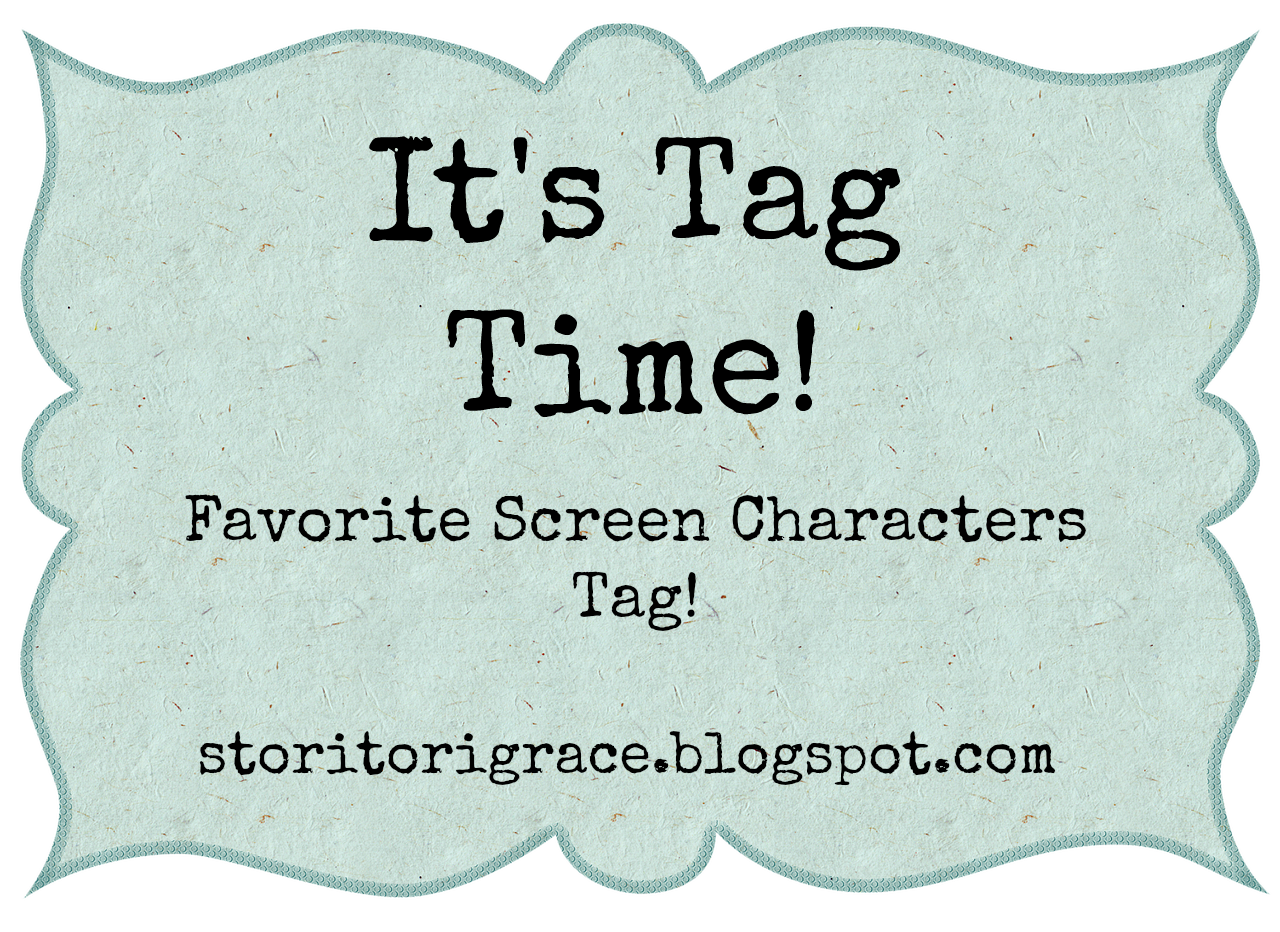 Today I'm doing the Favorite Screen Characters tag! Thank you, Adriana Gabrielle, for tagging me and now I'm finally getting to it lol.

Instructions for this tag: For this quick, fun blog hop, you just name your 10 favorite characters from movies or TV, then tag 10 friends (if you can) to do the same!

Ten of my favorite. *cackles* I have so many favorites this is going to be hard, but I shall do it. I've wanted to put more geeky stuff on this blog and this is the perfect post to do it.


1.) Rick Castle played by Nathan Fillion from Castle - He's one of the best portrayals I've seen of a writer on television, I quote him so much, and his show has cheered me up so many times when I've been sad.

2.) Thor played by Chris Hemsworth from Thor, The Avengers, and Thor: The Dark World - Thor has been my character crush for years now ever since I saw him for the first time in the theaters. He's noble, he's got powers, he's blond and blue-eyed, so he's my kind of fella.

3.) Katniss Everdeen played by Jennifer Lawrence from the Hunger Games, Catching Fire, and The Mockingjay Part 1 - Katniss is such an inspiration to me. She's brave, fearless, kind, and has the best lines. Love her!

4.) Eowyn played by Miranda Otto from the Lord of the Rings: The Two Towers and the Return of the King - She is my woman role model. She's feminine, beautiful, brave, and she slays the Witch King!

6.) The Tenth Doctor played by David Tennant from Doctor Who - He's my favorite doctor! I love his outfit, I love this voice, I love his happy and loving personality. He's amazing.

8.) Armin Alert voiced by Marina Inoue from Attack on Titan - I like how though he's not the strongest of the survey corps physically he has his own strengths. He's a really inspiration to me to be strong in my own way as a person.

9.) Aragorn played by Viggo Mortensen from all three of the Lord of the Rings movies - He fights with a sword, he's noble, faithful, sacrificial, and King of Gondor. Nuff said.

10.) Blake Belladonna voiced by Arryn Zech from RWBY - She has kitty ears, she loves books, and her weapons are sweet.

The next victims to be tagged are: Cassidy Clayton @ The Wanderings (And Wonderings) of a Wildheart, Deborah O'Carroll @ The Road of a Writer, Samantha Smith @ Snow White, Cassia Taylor @ Dimensions of My Universe, Leah K. Oxendine @ Apassionata, Storyteller SilverLoom @ Storyyeller A Writers Journey, Tracy Dyck @ Tracy Dyck Adventure Awaits, Morgan LeAnne @ Back to the Drawing Board, Jamie Joyce @ Through Two Blue Eyes & Mae Murray @ Super Swankified.