When Your Heroes Could Become Villains 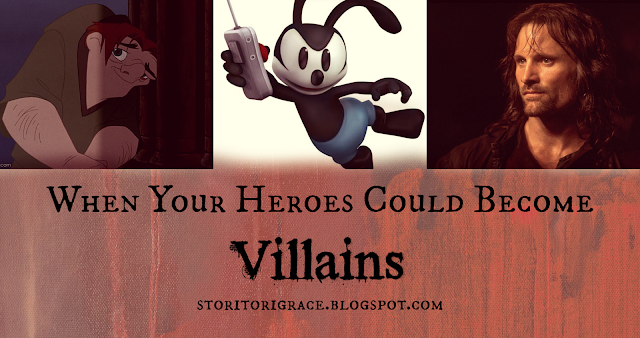 Under the right circumstances, any hero has the chance to become a villain. It's all too easy for them to let selfish desires supersede the needs of others or even selfless desires drive the character into doing something bad to do something good but in the process evolves the character into a villain. However, one of the most powerful moments a character can have is when they have the chance to become a villain right in front of them and instead, they refuse.

1.) Quasimodo from the Hunchback of Notre Dame - Quasimodo was raised by the cruel Claude Frollo. He never had any friends and could have easily become a bitter nasty young man, but instead, he's remained innocent and pure. He meets Esmeralda, his first friend, and in not long he falls in love with her, but much to his chagrin she falls in love with Phoebus. He could be hateful toward Phoebus for "stealing" his beloved, but instead, he puts the happiness of Esmeralda above his own and supports their union. 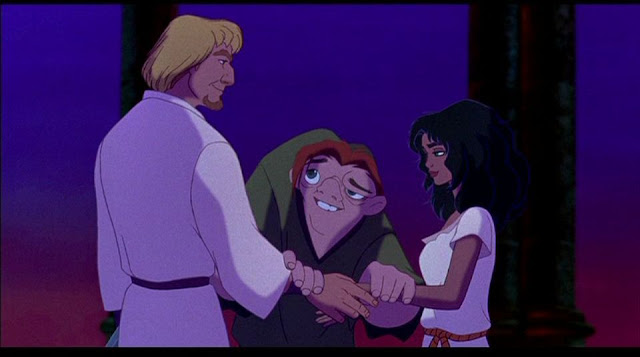 2.) Oswald Rabbit from Epic Mickey - Oswald Rabbit lives in a realm where forgotten characters are sent to live out their days. He was condemned to this fate because Mickey Mouse became famous while Oswald faded into the background. But he hasn't let that beat him down. He's made a safe haven for all of the forgotten characters and all of these characters respect him because of it. However, when Mickey Mouse is trapped in the Cartoon Wasteland, Oswald's resentment comes to the forefront again. At the climax of the video game, Mickey Mouse loses his heart, his key to returning back to the real world, but Oswald gets a hold of it. He could take it and be able to leave this place, but he can't bring himself to condemn Mickey to the same fate he's had to suffer and he returns the heart to Mickey. 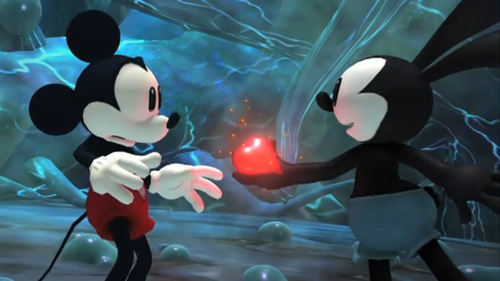 3.) Aragorn from the Lord of the Rings - Aragorn has always feared the weakness of his ancestor Isildur. Will he become just like him and succumb to the power of the ring if the time comes to it? He could do so much with that ring, including saving his fading people. When Frodo offers the ring to him, the power of Sauron tempts Aragorn with all it has to get him to take it, but Aragorn realizes he is not Isildur, his blood does not control his actions and he closes Frodo's fingers over the ring and lets him go.

Conclusion - All of these acts of selflessness and incite make us love these characters more. We want to route for them because we see their strength. I believe that's one reason why the Lord of the Rings is such a timeless story. We see Aragorn, Sam, Frodo, Bilbo, Boromir, Faramir, Galadriel, and Gandalf all tempted by the alluring power of the Ring, but each resists. With each resistance, it gives us hope that good is stronger than evil. It inspires us and speaks to something deep in our hearts.


Have you had one of these moments with your characters? Can you think of any other examples? Any other thoughts?

Five Tips on Writing A Good Main Character
Villain Necrologies and Debacles: The Lord of the Rings & The Hobbit Edition