10 Realities of Being an Artist 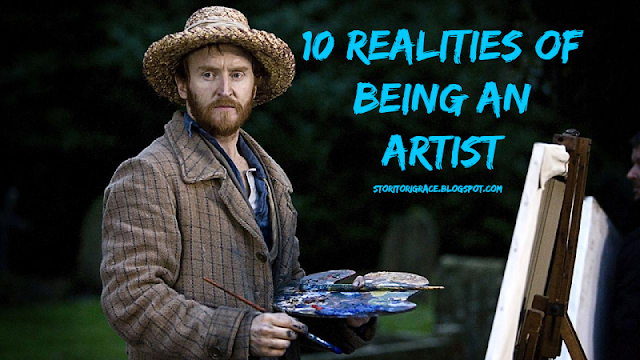 My cousin Anne and I both on very similar paths in life. She's a struggling actress in New York City and I'm a struggling artist in Atlanta. We have a lot of phone conversations where we talk about the many similarities in our lives and I've noticed that from our talks and the observation of other artists' lives including people like Rhett & Link (their comedy is art XD) and even Johnny Depp, so I wanted to write a (hopefully) relatable post about some life as an artist struggles.


1.) You're probably going to have to have a day job at least while starting out - Art often doesn't make money starting off and artists gotta eat, so most of us have to have a day job while we're jumpstarting our careers. Rhett & Link were engineers, Johnny Depp was a high school dropout who sold ballpoint pens, famous horror writer Jonathan Maberry wrote instructions on how to plant vegetable seeds, Christian fantasy author Bryan Davis was a computer programmer, my cousin Anna has had numerous jobs including teaching voice lessons, and I'm currently a sales rep for a provisions company.

Personally, this has been tough when I want to be 100% focused on my writing career, but I can't be. I can't wait for the day that I can ditch the hairnet and completely support myself on writing, but for right now this is what I have to do and if it allows me to keep writing I can accept that.


2.) You're going to have to do a lot of work for free - I've had to do a lot of work for free to get to the spot I am in my writing life. I've guest-posted on numerous blogs to get myself more known in the blogging world which grew my skills for blogging so I could then get my volunteer job as an editor at Geeks Under Grace which then led to my paid job as a staff writer at Geekdom House. And I still do stuff for free because it builds my skill. I don't earn any money from this blog and I'm a social media manager for a magazine for free, but all of this helps build my skills so I can get more paid positions.

3.) People are going to think you have a lot of free time and somehow that makes what you're doing less important - For some reason, because I don't work fulltime, people seem to think I have all the time in the world. I have a part-time job, I run this blog, I'm an editor, I'm a staff writer, I'm a social media manager, I have to upkeep my house, I'm writing novels, and I've gotta have a social life somewhere in there. No, I don't have a ton of free time. It's the same with my cousin Anne. She has voice lessons, auditions, gym, dance classes, maintaining her house, writing scripts, and on and on. Artists do not have all the time in the world.

4.) People for some reason have less respect for artists - I can't stand it when people say that art isn't a "real job." That's complete bullcrap. I don't deny that it's not a normal 9 to 5 job, but that doesn't make it any less "real." Just because authors like Bryan Davis don't drive to work every day, doesn't make it any less true that they write to support themselves.

Also, people seem to have so much less confidence in artists in general. They ask you questions like "Are you still writing?" or "Have you gotten that novel published yet?" or "So how much does that pay?"

Artists are some of the most hardworking, diligent, and strong people I know. They deserve respect for even undertaking this tough journey.

6.) You're going to do a lot of waiting - The shortest it's ever taken me to hear back from a publisher was two weeks and that's because I submitted to the magazine two days before the deadline. It would have been longer if I had submitted earlier. On average I've waited three months to hear back from anyone. That's just the timeframe of the submission process. Anne waits weeks often to hear back about auditions. If I didn't find ways to make myself forget that I submitted anything I would go nuts.

7.) You're going to be rejected a lot - And even after alllllllllllllllllllllll of that waiting, I've gotten a lot of no's. Out of the dozen writing-related submissions and applications I've gotten like four yeses: Geeks Under Grace (2014), publication in Splickety Havok (2015), Geekdom House (2016), and social media manager for Splickety Havok (2016). And yes it hurts to be checking your email on your phone and then you see an email from that agent or editor and your heart skips a beat and then you open it to just see another no for whatever reason or no reason at all sometimes.

8.) You're going to be critiqued a lot - You're going to be critiqued by peers, readers, editors, agents, competition judges, the list goes on. Some of the critiques are going to completely suck. I've gotten very biting critique before that's made me cry like one person called me racist and another person said I was a crappy editor. But on the other hand I've gotten a lot of great critiques, so you just have to sift through it and take what helps and throw out the personal jab critiques.

Conclusion - Yes, all of the things I've mentioned are really hard and often make life really tough. I've cried because it's gotten all so overwhelming and for someone who deals with depression, this often gets me depressed for days because I don't feel appreciated or like my work isn't worth anything. But I feel like "still the road keeps on telling me to go on" and I'm hoping someday like for Johnny Depp, J.K. Rowling, and so many others that all of this is going to be worth it. 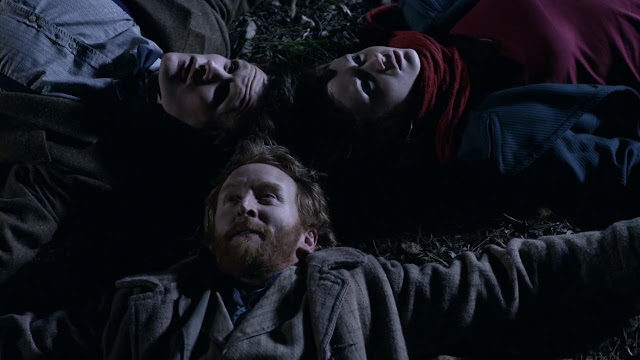 Do you sympathize with these points? What do you do to cope when you feel down as an artist? Do you have any points to add?