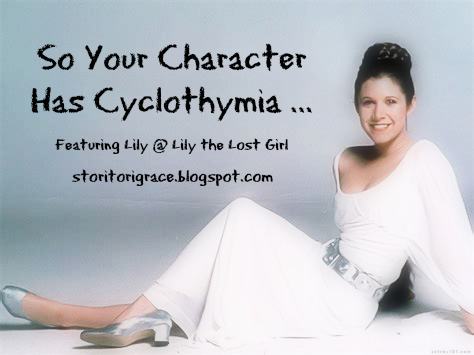 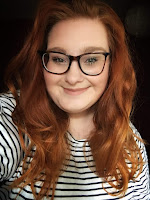 Hi! I’m Lily, I’m 21 and I live with Cyclothymia. I blog as a way to deal with my mental illness and help educate others about it so we can eventually break the stigma surrounding it. I also love animals, so I’ll most likely be crying over cute animal pictures if I’m not blogging, reading or sleeping.
Blog//Twitter

How does Cyclothymia physically feel? How do you think it compares to those who don’t have this?
One second with Cyclothymia my head feels too heavy with a dark, depressive fog weighing it down. Usually, during this foggy and dark period, I tend to sleep and get very little done. And whatever I do, I’ll usually need to rest or nap for a few hours/ days after. Other times I feel excited and full of energy. It’s like I have electricity running through me motivating me to get things done and to achieve my goals. A small task like doing dishes or tidying the house may seem like nothing to a friend without Cyclothymia, but to me, it might be something I have to really prepare myself for. You do feel different in a way when it comes to things such as that.

How do you feel about having Cyclothymia?
I used to hate having Cyclothymia. Honestly, a lot of the time people just hear a word they don’t know and think it’s some horrific disease. Or if they know it’s a form of Bipolar they tend to treat you a little bit differently. However, after reading Carrie Fisher’s books and learning about stories from others that suffer with the same thing as I do, it’s made it a lot easier to deal with. I’ve come to accept that this is a part of me, but it’s most definitely not who I am.

What challenges does Cyclothymia pose?
As I briefly mentioned before, it can be fairly exhausting and debilitating on bad days. Little things like washing my hair or having a shower may seem like the biggest thing I’ve ever had to do in my life. I can’t get my feelings out so my friends and family know what’s going on with me. I end up closing in on myself on bad days. On the other hand, I start incredibly huge tasks and have fantastic and exciting ideas, put them in place…. but never get round to finishing them. One really bad habit I have due to Cyclothymia, which has turned into a challenge, is spending money. If I get involved with a project or set my mind on something, chances are I’ll need EVERYTHING to do with that idea/ project. So I’ll spend way too much money and end up with an empty bank account. Huge problem for me.

Is there anything you like about having Cyclothymia?
I love that you can either embrace Cyclothymia or you can use it to educate others. I have embraced my illness, I’m unashamed about it and I’ll be brutally honest about it. But it doesn’t mean that my illness is who I am, what I am or what controls my life. It just means I’m a bit too much of everything sometimes. Cyclothymia is something that is rarely talked about so having people openly talk about it is fantastic. Having an illness isn’t something shameful. Talking about it and sharing your story can be extremely beneficial to others in order for them to understand it and maybe even come to terms with their own experiences.

Do you think your day differs from others because of Cyclothymia?
This probably sounds like an advertisement for a work placement, but no day in my life is ever the same as the previous. I can be busy working on projects such as my blog, or the organization I’ve founded one day, and the next I will be in bed, unable to move or even keep my eyes open because of how bad I feel in my head. I think what I do and how I handle whatever I’m faced with in a day depends on how good/bad I’m feeling in my head and body. Sometimes my body will want to exercise, but my mind won’t. Other times my mind will say ‘let’s go to the gym’ and my body will be like ‘no thanks, you nutter you’re too sick to go.’ So it all comes down to what kind of day I’m having mentally and physically.

Do you have any cultural differences between others who also have Cyclothymia and those who do not?
I can definitely see a stigma around it rather than huge cultural differences. More teenagers these days are romanticising my illness and it’s so frustrating because it’s definitely not something you want. It’s too much of every emotion, and trust me, it’s not fun when you go through all the emotions before you’ve even made it to your lunch break. It makes day-to-day tasks so much harder than what they are and the medication…. let’s not even start on how difficult it can be for people who take medication / can’t get access to the correct medication to help them. Elderly people seem to think that medication isn’t the way forward and that when it makes me/others sick then it’s clearly not working and we should probably do something ‘the good old fashioned way’ in order to ‘cure’ ourselves from this illness.

What are some stereotypes about Cyclothymia that irk you?
One thing I love being asked about is the manic episodes. That’s because people have a stereotype in their mind and it’s really hard to convince them that not everyone that suffers with Cyclothymia is that way. Mainly this stereotype includes a crazy, insane person with wide eyes talking about how colors are too bright and that they need to get to a field with a child to give to the aliens or else the world will combust. Maybe not that exact situation, but hopefully you get what I’m trying to say with that one. But not everyone that suffers from Cyclothymia / Bipolar suffers from psychosis and that’s perfectly fine. Just because the media gives you an idea of what something’s like, it doesn’t make it factual or accurate.

What media portrays Cyclothymia badly be it a movie, a book, or a TV show?
As much as it pains me to say this, I don’t think The Silver Linings Playbook really got what it was like to have bipolar/ cyclothymia. Pat (played by Bradley Cooper) just seemed overly obsessive (which can be true in some cases) about his ex-wife. But if you look deeper into the storyline or even care to take a closer look at the storyline, you can see that he suffers mainly with anger related problems and that could be down to his mistreatment from his father/pressure from his family to ‘be better’. To me, Pat didn’t have bipolar but I did feel like both the book and film made a good effort to challenge mental illness. However, having a love interest doesn’t ‘cure’ your illness or make it go away. That is something that irks me greatly about the media’s portrayal of mental illness.

What media portrays Cyclothymia well be it a movie, a book, or a TV show?
Carrie Fisher’s books are 100% accurate, honest, brutal and heartfelt. After reading them I felt like someone really understood me, and that if I could speak to Carrie she’d tell me that my illness is just something I have to live with, just like a roommate, it doesn’t have to be me. If you’re looking for something to read and really understand what it’s like to have Cyclothymia/ struggle with Bipolar, then I can’t stress enough how fantastic Carrie’s work is. She will forever be a hero of mine and I feel like her books are sometimes like the Bible for when my illness gets too much.

Who are your top three favorite characters who have Cyclothymia in books, movies, or shows?
I, funnily enough, haven’t come across too many characters with Bipolar in the books I read or shows I watch. I don’t know if I’m reading or watching the wrong things but that’s the truth. However, there was one book I fell in love with and let it break me even though I knew it would destroy me. All The Bright Places is most definitely one of the most brutally honest, heartbreaking, hilarious, thrilling, beautiful and exhausting books I have ever read in my entire life. Finch is…. phenomenal. I fell in love with him, I felt like I had a friend that understood the way my brain works, and I felt his story could easily be mine. I won’t give away an entire plot in case anyone really wants to be broken by this beautiful book… but I sobbed for days after. I couldn’t tell if I was sobbing because of the heartbreaking story or because it was too similar to a path I went down. 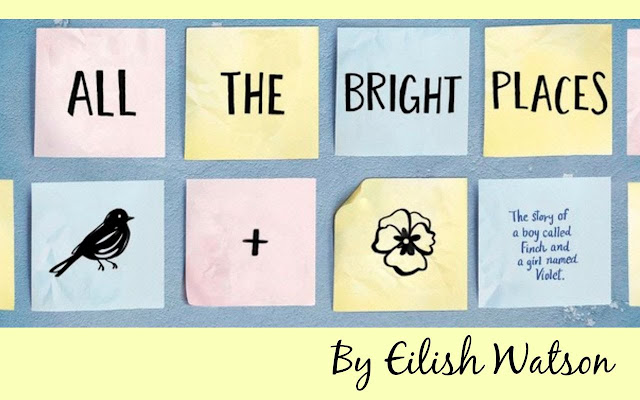 Thank you again, Lily, for your candidacy.