A Book Review of City of Ashes by Cassandra Clare


Is love worth betraying everything? Plunge into the second adventure in the internationally bestselling Mortal Instruments series and “prepare to be hooked” (Entertainment Weekly)—now with a gorgeous new cover, a map, a new foreword, and exclusive bonus content! City of Ashes is a Shadowhunters novel.

Clary Fray just wishes that her life would go back to normal. But what’s normal when you’re a demon-slaying Shadowhunter, your mother is in a magically induced coma, and you can suddenly see Downworlders like werewolves, vampires, and faeries? If Clary left the world of the Shadowhunters behind, it would mean more time with her best friend, Simon, who’s becoming more than a friend. But the Shadowhunting world isn’t ready to let her go—especially her handsome, infuriating, newfound brother, Jace. And Clary’s only chance to help her mother is to track down rogue Shadowhunter Valentine, who is probably insane, certainly evil—and also her father.

To complicate matters, someone in New York City is murdering Downworlder children. Is Valentine behind the killings—and if he is, what is he trying to do? When the second of the Mortal Instruments, the Soul-Sword, is stolen, the terrifying Inquisitor arrives to investigate and zooms right in on Jace. How can Clary stop Valentine if Jace is willing to betray everything he believes in to help their father?

After really enjoying the first book I knew I had to continue with the series especially since I knew pretty much all the main plot points in City of Bones from seeing the movie and now I’m finally moving into new territory. XD


The Plot: There’s a lot going on in this book between main plots and sub plots but I really like how it all ties together in the end. In some stories it feels like character backstory is told but it really has nothing to do with the whole plot and it seems to tie together much better when it all works together. Anyway, this book was mostly focused on the vampire and werewolf culture which was a really interesting conglomeration of mythology and legends. All of it tied together to a satisfying conclusion that still left more story to be told.

The Characters: I enjoyed pretty much all of the characters. I found myself snickering at a lot of their dialogue. Such as this bit:


He raised his eyebrows. "Do I think what?"

"Never believe the bad guy is dead until you see the body," said Simon. "That just leads to unhappiness and surprise ambushes."

I didn’t like a jab that the author made to conservatives through the characters (I’m a conservative) about how they dislike biracial people. I have numerous biracial relatives and my little half Chinese cousin is the cutest thing ever. No one in my highly conservative family has a problem with any of my biracial family members. So stop promoting stereotypes, people. *steps down from the soapbox, clears throat*

Also, the dynamic between Clary and Jace was interesting. I mean it's like Luke and Leia. If you don't know you're siblings you think that having a relationship is fine, but as soon as you find out it's like eeeeeeeee at least if you have any moral compass (*thinks of the Lancasters from that one season of Game of Thrones I saw and regretted*).

The Setting: The setting is still in New York but we get to see parts of it we haven’t before like the Faerie kingdom which was very eerie and creative. We also get to see a bit of the Nephilim city, at least the creepy prison part. Also, the climax has an extremely dynamic setting just saying. I also chuckled at the flip phones. Oh, flip phones. I remember those days.

The creature lore is very intricate. I love how she included all of the traditional vampire weakness (because they’re completely OP without them which irritates me about the Twilight vampire lore.) The different types of demons are really creative and the angel blades, runes, and steles are just so cool.

Epic Things: I really liked seeing Clary and Simon watching anime together and talking about Naruto manga. I don't see that in books much.

The Theme: One line that really struck me was the following:

"Only mundanes say they're sorry when what they mean is 'I share your grief,'" Jace observed.

I wish that phrase was used more in common conversation or we had a word in English to equivalate that.
Content Cautions: If you’re not okay with the portrayal of dark magic and demons then you probably won’t like this book since it is about demon hunters. Demon summoning, demonic rituals, and demonic monsters are all portrayed, though it is seen as very evil. A certain character also turns into a vampire, which was interesting but a big mortally questionable for me since vampires are the damned and I’m a Christian so it’s crossing a gray area there. I’m hoping that comes to a better place but we’ll see. There's also a homosexual relationship portrayed and telling parents about vampirism being compared to coming out as homosexual.


Conclusion: Overall I enjoyed the book and I'll definitely continue with the series! 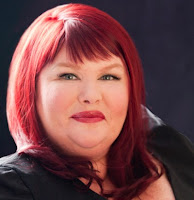 Cassandra Clare is the author of the #1 New York Times, USA TODAY, Wall Street Journal, and Publishers Weekly bestselling Mortal Instruments series and the Infernal Devices trilogy, and coauthor of the Bane Chronicles with Sarah Rees Brennan and Maureen Johnson. She also wrote The Shadowhunter’s Codex with her husband, Joshua Lewis. Her books have more than 36 million copies in print worldwide and have been translated into more than thirty-five languages. Cassandra lives in western Massachusetts. Visit her at CassandraClare.com. Learn more about the world of the Shadowhunters at Shadowhunters.com. Twitter//Goodreads

Other Reviews of Books by the Author:
A Book Review of City of Bones by Cassandra Clare