So Your Character is From the Southeastern USA ... 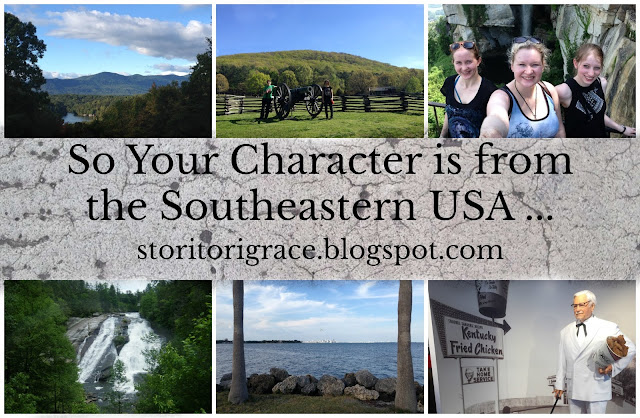 I did one of these posts like a long time ago, way before I came up with this more detailed format so I thought I'd do a revamped version. I've been to eight out of the twelve states (Georgia, Florida, Kentucky, Tennessee, North Carolina, South Carolina, and Alabama) that are considered the Southeastern part of the United States, so I think I've got a pretty good grasp of the region. If anyone is from Louisiana, Texas, Virginia, or Arkansas and would like to join in, please let me know!

What do you feel is unique to your region? Landmarks? Celebrations?
To toot my own state’s horn Atlanta is one of the biggest cities in the south and has the biggest airport on planet earth. More people travel through here than anywhere else. Atlanta has also become the Hollywood of the east. The Hunger Games series, Divergent series, and several Marvel films were shot here! Kentucky has the Kentucky Derby, Florida has Universal, Disney World, and St. Augustine, the oldest city in the USA, and Tennessee has Lookout Mountain. 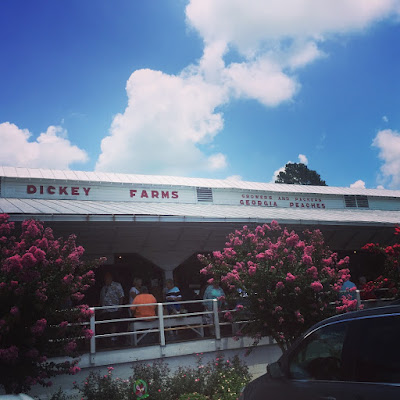 Our celebrations are pretty standard USA but we do have local festivals to do with the ripening of produce or the blooming of flowers like the Strawberry Festival or Dogwood Festival. We also drop a big peach in Atlanta for New Years instead of a ball. We also have infamous state fairs which feature fried food, rides, and livestock shows.


Tell me about your country's environment. What are some of your favorite places?
Well, number one it gets really hot. The record temp in Georgia where I live is 112 F degrees and it’s usually hot May-September. That’s my least favorite part about where I live. Down south in Miami the coldest it gets is maybe in the 60s. But then up in North Carolina, it gets into the teens every year. In Georgia, the coldest I’ve seen it get is 3F. There’s meme where Georgia is the only state where you can get sunburn and frostbite in the same day. We’ve gotten snow as far south as the Florida/Georgia border (which was hilarious and rare) and where I live in north Georgia we get it one or two times a year. In North Carolina, Tennessee, and Kentucky it’s more frequent.


The in-between seasons are my favorite part about living here. The weather is temperate and in the fall our trees blaze with color and in the spring there are flowers everywhere. Dogwoods, cherry, blooming almond, redbud, and apple trees are gorgeous to behold in the spring and maple, poplar, and dogwood are breathtaking in the fall. A couple notes though. Florida is basically eternal summer so the leaves never changed and most of the trees are either live oak or palm trees. Also in the spring especially in Georgia, we have a lot of pine trees which produce a TON of pollen. No seriously a ton of pollen. Sometimes the trees will blow just a cloud of yellow. It's all over cars and when it rains it turns into a yellow paste and my cat tracks yellow dust everywhere and turns the color of a marshmallow peep.


The south ranges with many different environments from coastal, mountainous, Piedmont, plains, swamps, and even tropical down in southern Florida and the Florida Keys. Georgia has five different environments so it’s very varied. I’ve seen two post-apocalyptic shows where Georgia is independent and I can really see that since we’ve grown a lot of food, cotton, and lumber.


The beaches on the east coast range from white sand to gray mixed with shells to gritty brown. My favorite beaches are Myrtle Beach in SC and Daytona Beach in Florida. The mountains start in northern Georgia and span upward. I love going to Grandfather Mountain in NC and Rock City in Tennessee and going tubing or seeing Lover’s Leap Waterfall or climbing Kennesaw Mountain. Another cool place is the Etowah Indian Mounds in Georgia. They're basically mounds of dirt as tall as pyramids! We even have the Ocmulgee Mounds where native Americans lived in the hills like Hobbits. 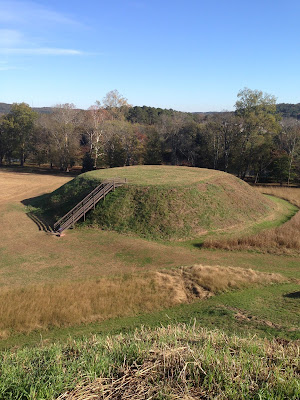 Tell me about your country's food. What are some of your favorite dishes?
Traditional Southern food is not healthy like at all. We have biscuits (as in the fluffy pillowy bread things, not cookies), fried chicken, green beans (the only remotely healthy thing), fried green tomatoes, blackberry or peach cobbler, fried chicken livers, sweet tea, pecan pie, and boiled peanuts. Now I don't eat these things every day. In fact, I don't have them unless I'm at my really Southern friends' houses or at a state fair, but they are classically Southern. When I had my Canadian friend down to visit I made her try fried chicken, biscuits, and southern sweet tea because they're very quintessential to this part of the world. My favorite things out of this list have to be sweet tea, biscuits, pecan pie, and boiled peanuts.


Tell me about any different speech patterns in your country. Slang? Idioms? Words for things such as “biscuits” instead of “cookies”?
Now I don't have a Southern accent. South of Orlando, Florida it kinda dies out regionally and both of my parents are from Miami so I have the standard midwestern American accent, but I will occasionally slip in southern slang words or idioms cause I can. I have some friends and family who have southern accents and it can range in strength depending on where you're from.

The ones I've heard the most are:


Describe briefly a regular day in your country.
I have the pretty stereotypical day which is five days a week get up, commute to work, work, commute home in Atlanta traffic, eat dinner, work on writing and stuff, chill before bed, and sleep. Which is relatively stereotypical except the work on writing and stuff part. XD In Georgia though we do have large Mennonite farming communities who are people who live simple close to Amish living. The men have long beards and brimmed hats and the women wear dresses and will seem wearing hair coverings. I don't see them in the Atlanta metro area, but where I grew up in Central Georgia I'd see them pretty much all the time since there was a biiig community in Montezuma, GA.


How does your country compare to others States? Environmentally? Politically? Culturally?
The South, in general, is right-wing conservative. Churches are very common here and you see them pretty much every few miles. Some are new, some can be from fifty or more years ago. Growing up in Central Georgia most of the people I knew were Christian. In urban areas, beliefs are more varied. Many people I know own firearms either for protection or hunting or both. The reasoning is criminals are much less likely to come into a house when they know there's a big possibility if they break in they could get blasted by a shotgun.


Briefly describe three of your country’s historical events that you feel are important.
The Civil War - The Battle for Atlanta was fought only twenty minutes away from my house at Kennesaw Mountain. I've been to a lot of Civil War battle sites and there's many Civil War graveyards and monuments. I have ancestors who fought in the war as well. Major battles were also fought in Tennessee and South Carolina as well.

The Trail of Tears - This was just a terrible event all around. Thousands of Cherokee were marched west out of their native home of Georgia and there's actually a monument not far away from where I live to mark where the first native American died in the march.

Abraham Lincoln - He was born in Kentucky so that’s pretty darn cool.


What are some stereotypes about your country that irk you? What media portrays your country badly be it a movie, a book, or a TV show?
Many people seem to think because you have a Southern accent it means you're stupid, which I think is stupid. Like it seems like really stupid Americans are characterized as a dude in overalls with a dirty face chewing on a piece of wheat. Presidents and war heroes have come from humble beginnings in the South. Talking with a drawl doesn’t define the level of intellect.

Also, that because the South was part of the Confederacy that they were the bad guys such as what was portrayed in National Treasure 2. The Confederates weren't all a bunch of mean slave owners. The Civil War wasn't about slavery either. It was because the Confederacy wanted to separate from the Union and the Union didn't want that. Slavery was a byproduct of the war but not its cause, but even without the war, I believe slavery would have been abolished. Both sides had rights and wrongs in the Civil War.


What media portrays your country well be it a movie, a book, or a TV show?
Sergeant York is a good one. This black and white Gary Cooper film is set in World War I era backwoods Tennessee and tells the true story of the hero Alvin York. Not everyone in the South has that strong of an accent but I love the characters so much. Andy Griffith is great. It’s set in a small fictional town in North Carolina. The Patriot is also great. Part of the movie is set in South Carolina. Two other great older films are two set on opposite sides of the Civil War that Shirley Temple starred in called The Littlest Rebel and The Little Colonel. And to move into more current media the Blindside and Duck Dynasty. 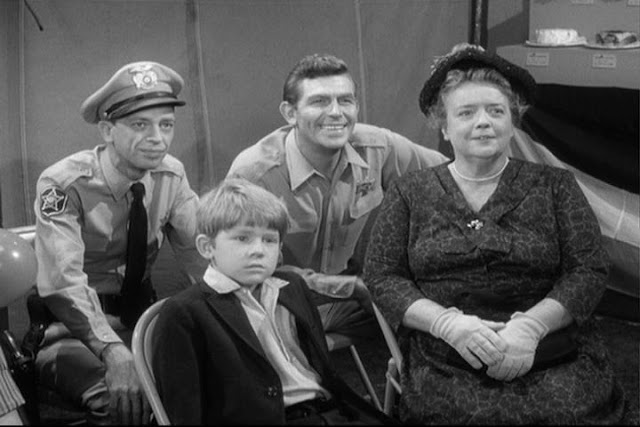 Who are your top three favorite characters native to your country in books, movies, or shows?
Sawyer from LOST - I like his light Alabama drawl and he's a well-rounded character.

Miss Kay from Duck Dynasty - She's just a classic Southern mama. I know someone who's like exactly like her.

Sean Tuohy from The Blindside - Just any daddy that Tim McGraw plays is great, but he's a great classic Southern daddy in this movie. 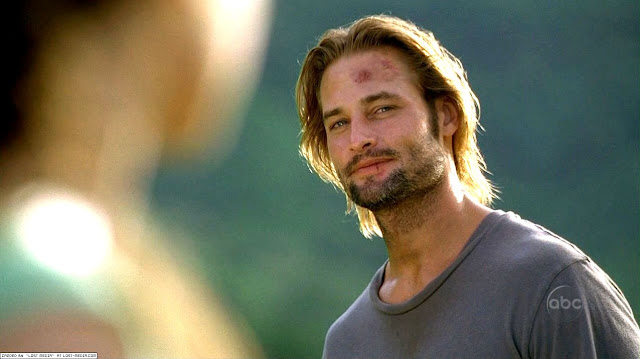