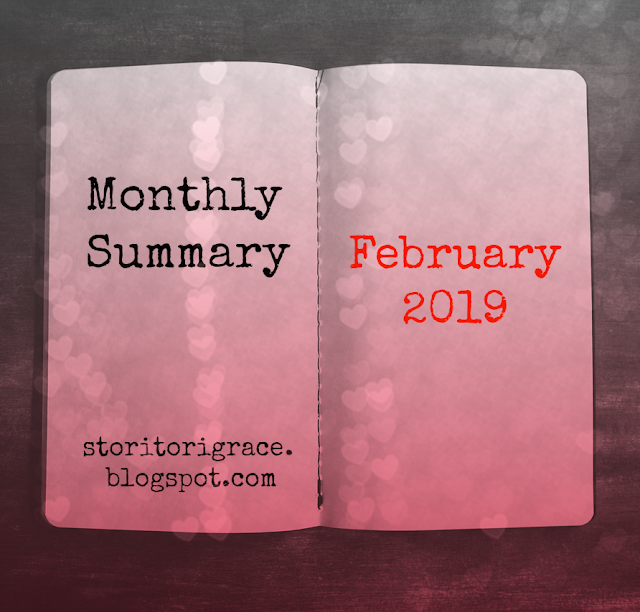 1.) I’ve been working with my agent this month to get Red Hood revised and ready for submission. I’ve gone through one of two rounds of edits and I really like how it’s growing even further. I'm also working on revising my book proposal and I've made it to 34,000 words in Black Hood.

2.) I went to NYC for a week and had so much fun! I did a full report on that last week! Other than that I worked the rest of the month lol. 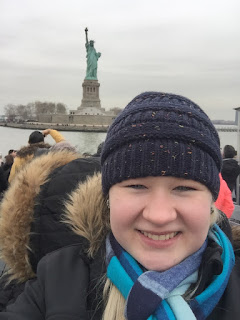 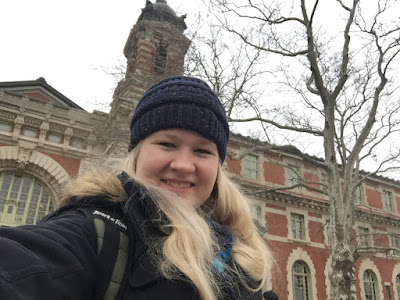 3.) I finished Queen's Rising and I really enjoyed it! I also finished War Storm by Victoria Aveyard and started Germ by Robert Liparulo. 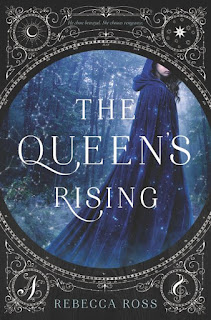 4.) I actually did a drawing this month! Yay me. XD This is Aska from Silver Hood. 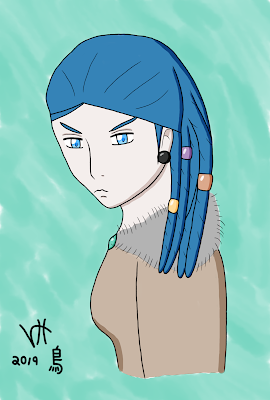 1.) In New York City, I got to see an exhibit all about the art of J.R.R. Tolkien. They didn't allow any pictures but they had a lot of his original artwork like that of the first edition jacket covers of the Lord of the Rings and the Hobbit, his letters from Father Christmas he wrote to his children, and many of the behind the scenes artwork he did for Middle Earth! 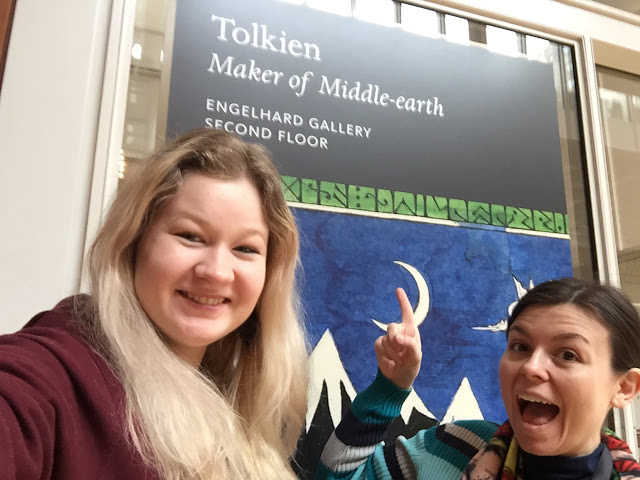 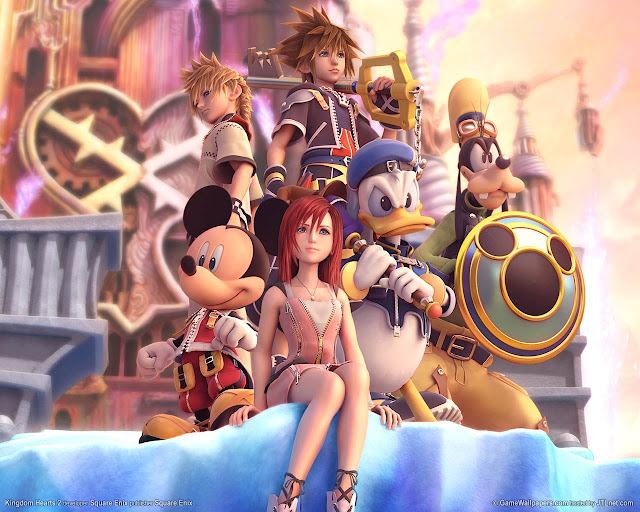 3.) I got to see Wicked on Broadway! I've been wanting to see this play for years since I've heard so many good things about it, so I'm excited to say I saw and I enjoyed it and now I'm listening to "Defying Gravity" non-stop. XD 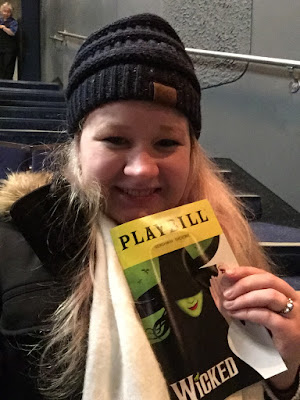 4.) When at VR World in NYC, I got to The Great C, which is a virtual reality movie. Apparently, that's a thing. It was really cool to literally be able to look up down and around and see more movie. The plot was a very interesting and unique post-apocalyptic story that also tugged on the feels. 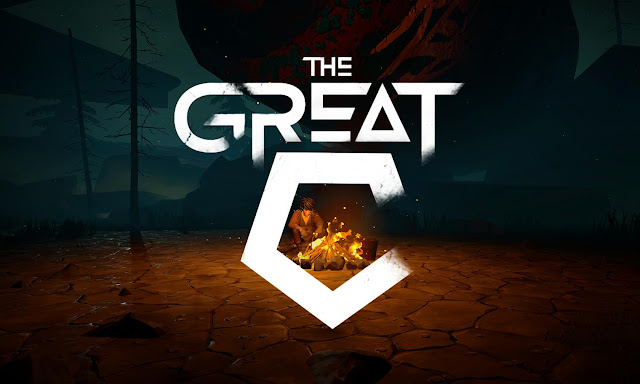 5.) I got to see How to Train Your Dragon: Hidden World! I enjoyed it though I feel like I need a second watch to really absorb it. 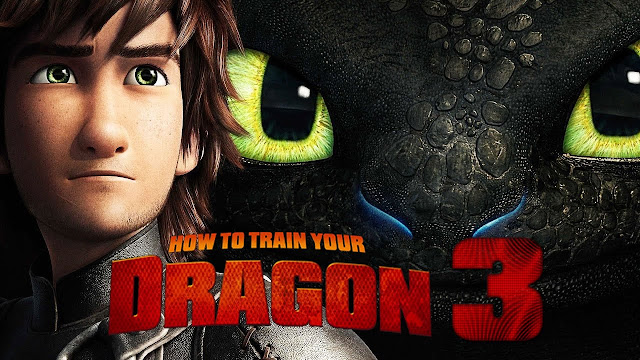 1.) I want to finish my Red Hood revisions by the end of the month optimally. Black Hood, well, I'm finishing it as soon as I can. However much my completionist self would hate me, I may switch over to editing Silver Hood because I really want betas to read it.

2.) I have zero plans except working and preparing for Iceland in April.

3.) I'm going to be reading Germ by Robert Liparulo and Tower of Dawn by Sarah J. Maas. 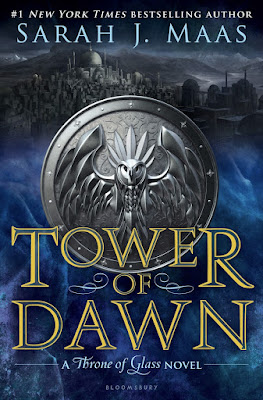 4.) I have some unfinished pieces from this month I'd like to finish this month, but we'll see. Drawing is my bottom priority (besides the dishes) right now, however much I hate it.

5.) I think finally that Think Christian piece will be up lol.

Last Month on Wanderer's Pen ...
How I Got My Agent
A Book Review of the House with the Clock in Its Walls by John Bellairs
Writing Lessons from Movies: Split
Questions for Annette (Silver Hood)!
So Your Character is Adopted 2 ...
New York/New Jersey 2019 Report

March 1: A Book Review of Queen's Rising by Rebecca Ross - One of my good friends recommended this book to me and I got to meet the author last year so I'm excited to share my thoughts about it!

March 5: So Your Character is a Cyberschooler ... - Maggie Shive is coming on the blog to share about her experiences with cyberschooling!

March 12: Writing Lessons from Final Fantasy XV - I played this game in January and man, it was beautiful. 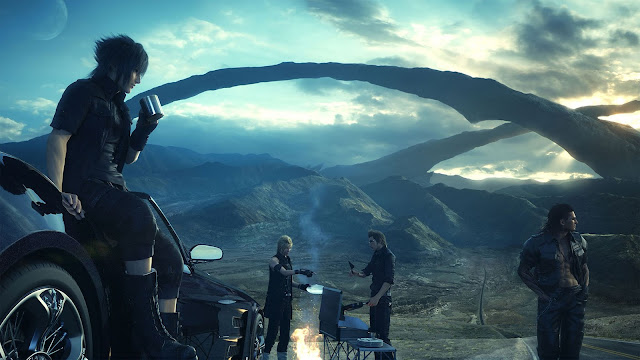 March 15: A Book Review of War Storm by Victoria Aveyard - My thoughts on the climactic book of the Red Queen series!

March 19: Questions for Aska - I've realized Aska plays a big part in Silver Hood so I need to get to know her better!

March 22: On Putting a Cap on Your Creativity - I discovered a bad creative habit I made and I want to have a discussion about it.

March 26: Interview with Aska - This is in when her questions will be answered! 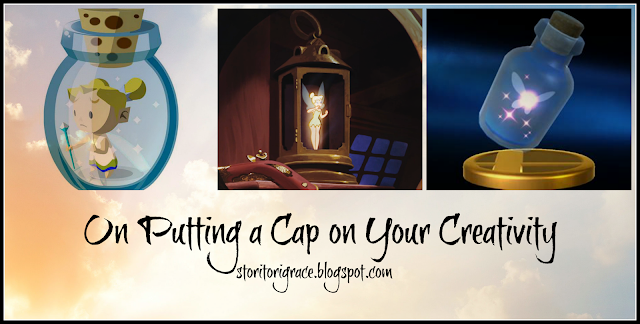