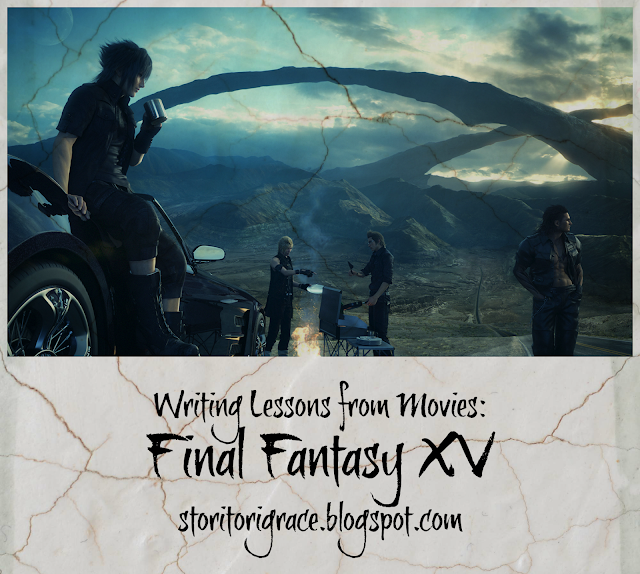 1.) A Story Focused on Platonic Relationships - FFXV is about four bros traveling together and deepening their bonds as men. There's hardly any romance in this game and it's kind of refreshing. It's nice sometimes to just focus on friendships and that kind of love. Noctis, Gladio, Ignis, and Prompto love each other as brothers and that love is so powerful between them. They each have their strengths and weaknesses and encourage each other in their struggles.

One of my favorite parts of the game is when Gladio and Noctis are separated from Prompto and Ignis and Noctis is panicked because being attacked the god Titan and Gladio tells him, "When you can't focus, I focus for you. "

Ignis is like a second father to Noctis and pushes him to take better care of himself and cooks for him. Prompto is a tender soul who is always there for Noctis when he needs someone to talk to.

How this can be applied to writing: I want more stories focusing on women bonding as sisters and men bonding as brothers. Those relationships are just as important as romance and often last beyond romance. 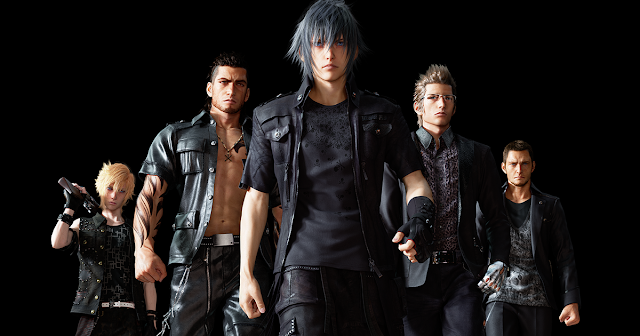 2.) Side Characters Getting Injuries - This game really gets into the nit and grit. Characters get serious injuries that visibly change the character. Gladio gets more scars on his face after his mission and Ignis even loses his sight which changes how he fights in the game. I feel like other games I've played have characters get hurt then heal, I guess because they don't want to do the work of changing the character model, but it means more when you see physical changes of the characters.

How this can be applied to writing: Do some of your side characters get permanent injuries? Do these change how the characters function? 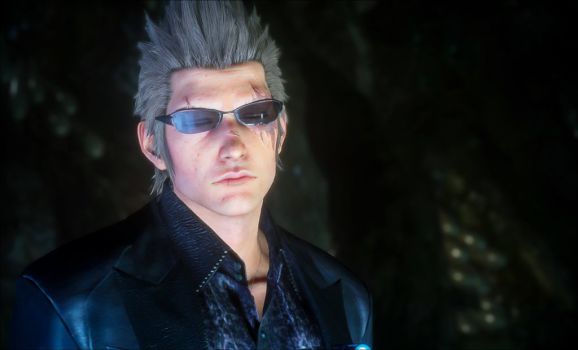 3.) Chaotic Neutral to Villain - Ardyn is one of my favorite video game villains ever. He goes from "Meh I'm kinda sorta involved possibly" to "Yeah everything horrible happening to you is literally my fault lolz." Ardyn sweeps into the story as a seemingly neutral character who just happens to be from the country that's trying to kill Noctis and his friends, yet he helps the bros on their journey from time to time.

How this can be applied to writing: I've never seen an arc like this before. I've seen the presumably good person becoming a villain or being revealed to be the villain or a chaotic neutral character just looking out for mono a mono, but never a neutral character actually turning out to be the bad guy. It was so unique and fun--even though I hate your guts, Ardyn. You're a sicko. 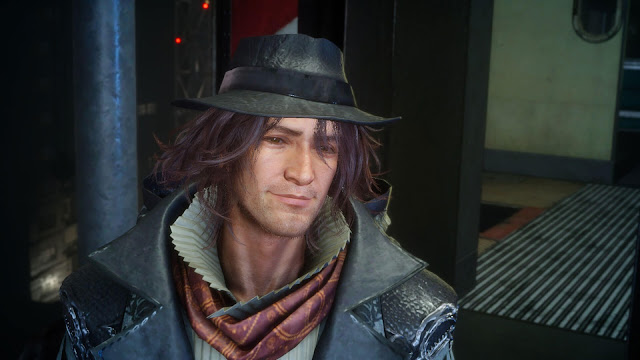 4.) Psychological Blows from Villain to Hero - Not only does Ardyn deal some physical damage to Noctis (as if he needs more), but he really lays on the psychological damage to him too. Throughout the game, a lot of Noctis's flaws are pointed out either by others to help him improve or he confesses them himself in his own self-doubt. Ardyn literally takes every insecurity Noctis has and shoves them in his face. Near the end of the game, Noctis is traversing the hallways of a building and over the speaker Ardyn is taunting him with

Then for extra measure near the climax of the game, he puts illusions of his friends' corpses on display to unnerve Noctis such as, "How does it feel to be powerless? Can't help your friends if you can't help yourself." and "You can't do much without your babysitters."

How this can be applied to writing: Psychological blows can be just as powerful as physical blows to a person. The Joker uses this tactic on Batman and Commissioner Gordon. If a person's spirit can be crushed, they're easier to take down. 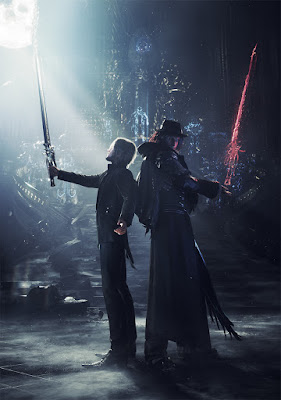 5.) Disabled Main Character - Noctis sustained a permanent injury when he was a child which gives him a limp and he gets more tired than a normal person. He often complains about being tired and he's animated to have a physically accurate limp. It's why he walks a little funny. Though this does actively affect his day to day life, this disability isn't focused on, which to me is the best way to portray a disability.

How this can be applied to writing: Do your characters have disabilities that aren't central to the plot but are just a part of who they are?

Conclusion - This game is fantastic. If you don't have a PS4, watch the YouTube gameplay. Thank me later.