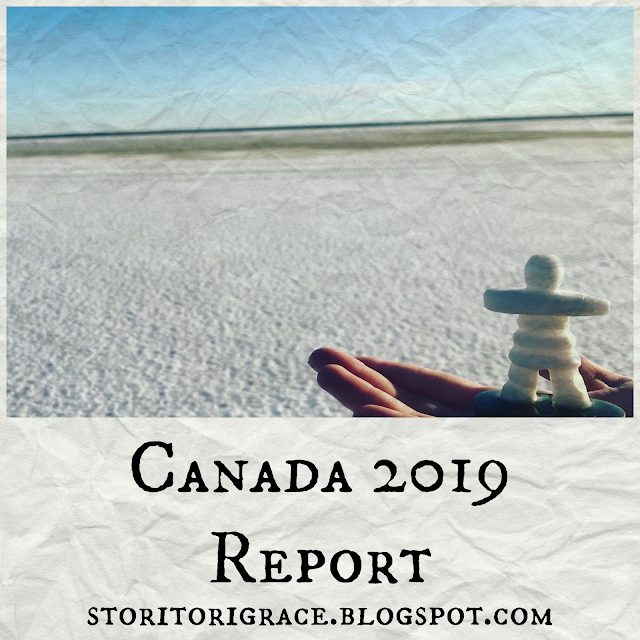 My flight to Alberta went very smoothly. I had an afternoon flight so I wasn’t exhausted. Security was a breeze. (For anyone who hasn’t read many of my travel posts I’m extremely unlucky when it comes to security.) I ended up getting into Alberta at midnight and then Cassia picked me up. I hadn’t seen her in fourteen months so it was so great to see her again. After we got back we both went to bed pretty promptly since she had class and I was tired from travel.

The next morning I took a bus with Cassia into Edmonton and while she had class I worked on writing a bit. After classes, we went to DreamTea where I had a delicious mango and coconut bubble tea slushie!

Then after that we went back to the university because I had an appointment with Cassia’s friend to participate in a research study about writing! I’d never done a research study before so I was really excited to be a participant. It was about how music affects writing and I’m excited to see the results in the spring!

After that we went to Remedy, a chai tea and Indian cuisine restaurant! It had the best Chai tea and Indian food I’ve ever had! I got their original chai and coconut chicken and samosas and a Saskatoon butter tart! Everything was so good! I’ve never had a butter tart before so it was great to finally try one! It tastes like pecan pie without the pecans of me haha!

We had a big snow and it was very cold so I mostly stayed at Cassia’s house. We started Gravity Falls since Cassia insisted on showing it to me even though I was skeptical and I showed her a video game I really like called Cognition. It was really great relaxing with a friend and watching a show and playing a game. Most of our downtime at home was spent doing one or two of those things haha. 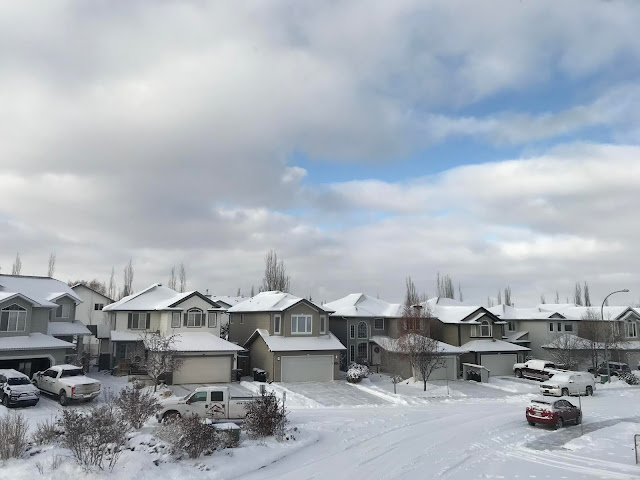 Today was Remembrance Day in Canada so Cassia’s family had a big dinner in honor of it. Cassia’s mom made an amazing meal! 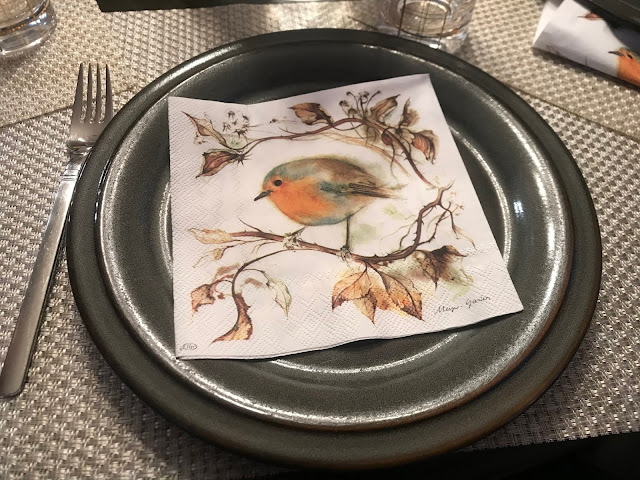 Then after supper, Cassia's friend came over and we played my first real Dungeons and Dragons session! My character is a lawful good water genasi Druid named Sophia Kersey. She’s nineteen and sweet and she’s a health nut because I rolled a ridiculously high constitution score for her. She is on a quest to find hereditary Druid staff that was stolen from her people so she goes to a party where it is rumored the staff is being auctioned. There she meets a grizzled dwarf who is obsessed with rocks. It was a lot of fun and we had lots of laughs.

We went to West Edmonton Mall to go to the World Waterpark! I’d been there before but that was three years ago and it’s very fun for me to be able to enjoy aquatic activities without having to worry about roasting like a lobster. We spent several hours here enjoying the slides, wave pool, jacuzzis, and free pop!

After the waterpark, I did a little Christmas shopping and found a place that sells all of the Saskatoon things. We don’t have Saskatoon berries where I live so I splurged and got Saskatoon pie, jams, cider, and syrup. So good! Saskatoon berries taste like a mix between a blueberry and strawberry. I also got Jugo Juice for lunch because Jugo Juice rocks.

The next night we went to Escape City where we did the Frank’s Revenge room! This was my third escape room and I had a blast. We managed to solve the room with three hints and fifteen minutes to spare! We did get jump scared once when someone started talking abruptly. My favorite part was when at one point you get a tablet that depicts two people holding hands with their free hands touching two staffs.

My friend and I put our hands on the staffs that were bolted to the wall but it wasn’t working so I said, “We have to hold hands.”
“No we don’t,” she replied.
There was the menacing laugh of the bad guy we had to stop with the staffs in the background.
“Just do it!” I grabbed her hand and then it worked. I had such a thrill at that moment.

The next day we went to my favorite sushi place Sumo Sumo! They have the best gyoza and dragon rolls ever! They also have delicious virgin piña coladas!

The next two days we chilled and finished Gravity Falls and now I’m a fan. That theme song is forever stuck in my head. 😂 We also finished Cognition and started playing Forgotton Anne on my Switch. Cassia loved it as I knew she would. I also played MarioKart and Galaga at Cassia’s work cause why not?

On my last day in Canada, the weather was really nice and Cassia’s dad made us pancakes which I drizzled with black currant syrup and ate happily. Then we drove out into the country to Cooking Lake. Walking to the lake we saw wolf and moose tracks! So cool!

The lake and the surrounding marsh were completely frozen. I’ve walked on frozen marshes and a frozen pond before but not a frozen lake. It looked so alien. Just flat frozen whiteness and murky green as far as the eye could see. The water even made this crazy layered pattern somehow. Then we walked the trails around the lake which were surrounded by lots of flame willow, white and paper birch trees and brush. It's so different than in the Southeast US.

Then we finished the day by completely Forgotton Anne and failing miserably at the Hinterlands expansion pack for Pandemic three times in a row. XD But we had fun haha. 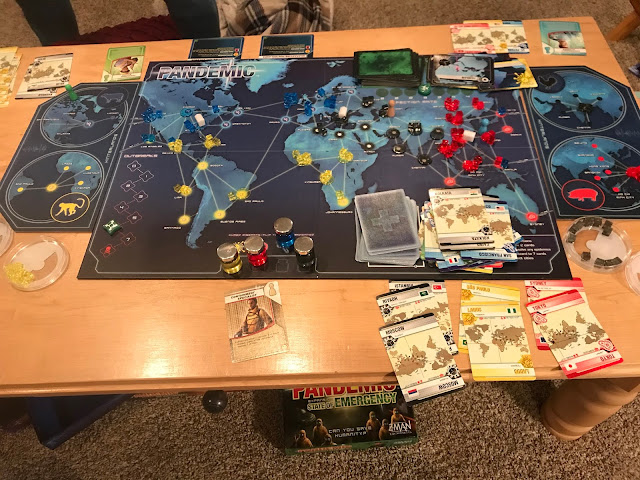 The trip home was a little bumpier because US security is a butt sometimes, but I had a pretty smooth trip home and I already want to go back and am making plans to do so next summer!

View this post on Instagram
Do you like getting foods for souvenirs when you go on vacation? • • We don’t have Saskatoon berries in the southeast United States so I went Saskatoon crazy at Pearson’s Berry Farm at West Edmonton Mall. Saskatoon Cider, jellies, pie, and syrup. (Most not shown in picture because they were eaten.) I love trying foods that I can’t find where I live. Saskatoon taste like a mix of a strawberry and a blueberry and they’re so good so I had to stock up! The cider is going to be perfect for the holidays. The rest of the things here are other souvenirs and gifts I got in Canada, including Inigo Montoya given to me by @cassia_schaar . I wuv him. • • Writing Update: I wrote a tiny a bit last night. I’m hoping to get into a regular 1K a day routine starting tonight and get this draft finished so I can begin edits in the new year! • • #souvenir #canada #saskatoonberry #jellies #cider #travel #writersofinstagram #writer #writerslife #writerscommunity #writing #westedmontonmall #pearsonsberryfarm
A post shared by Victoria Grace Howell (Tucker) (@travelingtoristories) on Nov 25, 2019 at 8:40am PST

Have you been to Canada? What is the last place you've traveled to? Do you like the cold?

Why a Writer Should Travel: Quell Your Fears and Embrace Inspiration
Canada 2017 Update
The Tag of Happiness & The Dragon's Loyalty Award
Posted by Victoria Grace Howell at 1:00:00 PM