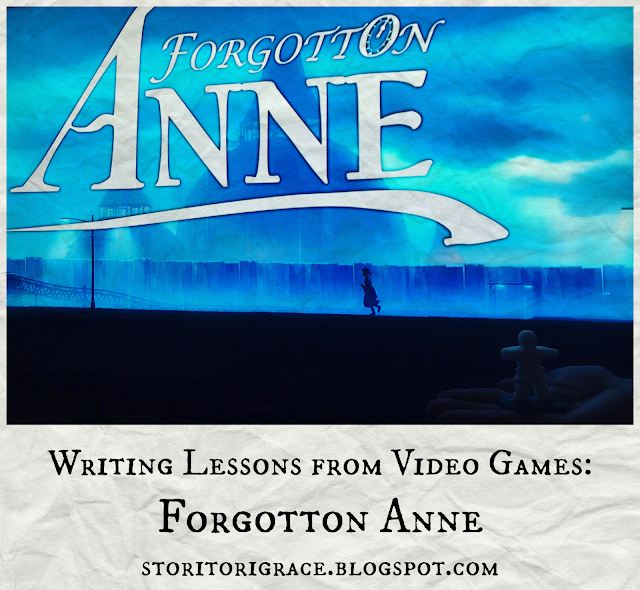 In 2018 when I got my Nintendo Switch, I saw the trailer for this game and I immediately put it on my to-play list. A steampunk world where inanimate objects come to life and the main character has steampunk wings? Yes, please! In October 2019 I finally bought it and man do I love this game. The worldbuilding. The characters. The story. All of it is fantastic. It's my favorite indie game to date now.

Forgotton Anne is about a human girl who lives in a world of forgotlings, objects who've gone missing and been transported to this place where they're brought to life. She's an enforcer, a policewoman of sorts, of these peoples and helps her master Bonku in his efforts to build a bridge to return to the human world. But terrorists want to prevent this bridge from being built so she has to investigate and discover the truth of their plot.

Where do things go when they're forgotten? Like that one shoe or sock or glove or teapot you haven't seen for years?

This story gives a fun fantastical explanation and gives motivation to the side characters. Many forgotlings want to help build the Ether Bridge and return to their owners in the human world. Others want to stay and live their lives free of humans.

How this can be applied to writing: "What if?" is a great brainstorming phrase. Asking this question can spark so many awesome writing ideas. My agented story Red Hood developed when I asked the question, "What if Little Red Riding Hood was a werewolf huntress?" 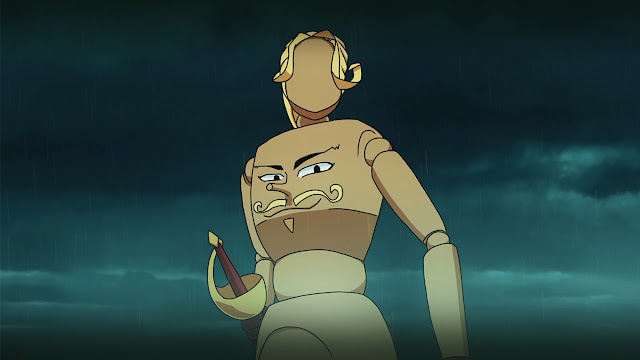 2.) Unique Communication Over Distance - In the world of the forgotlings Master Bonku can communicate with Anne from anywhere with a mirror. It's sort of like limited webcamming, but the mirror must be powered with anima or it doesn't work.

How this can be applied to writing: How do your character communicate over distances? Phones? Letters? Communicators? Holograms? Carrier pigeon or raven or owl? Crystal ball? Telepathically? Scrying pool? It's hard to think of other lives without phones somehow, but without them communicating with someone from even a few miles away can be challenging. 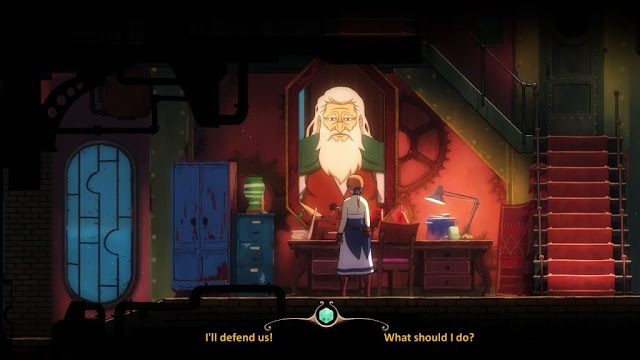 3.) A Unique Power Source - Again BIG SPOILER HERE SO SKIP IF YOU PLAN ON PLAYING THIS GAME! BUT this is worth mentioning. The ultimate secret Anne comes to find out is where all of the anima, the energy used to power everything from trains to lights to mirrors, comes from. You know that it can be collected from forgotlings and it's stored in canisters, but you don't know where it comes from until Fig reveals the terrible truth that forgotlings are murdered en masse to source this stuff. It's horrifying and sinister and causes a huge source of conflict in Anne's life, but as a sadistic writer I was thinking ... this is brilliant.

How this can be applied to writing: If your society uses some kind of power source what is it and where does it come from? Electricity? Steam? Dylithium crystals? Gas? Wind? Solar power? A mix of chemicals?

4.) Good Being Turned Into Monsters - Just before the climax of the game, Anne encounters her largest foe yet, but she soon discovers this monster is her childhood clock Tink who was turned into the heart of the guardian of the tower. The only thing I would have liked about this better is if Tink was mentioned earlier in the game, but to see the bitterness of her childhood friend was heartbreaking. How Tink was twisted into an instrument of Bonku's who cut Anne deep to the core.

How this can be applied to writing: I've seen this done in a few stories where a good character is turned into a monster. In FFXV, though Ravus wasn't exactly he good he was the MC's crush's brother, and it was terrifying to see his corpse defiled and used as an instrument against Noctis and his friends. This was also the case with Wolf in Winter by Marissa Meyer when he was altered. It's scary to see and adds some great tension for your characters. 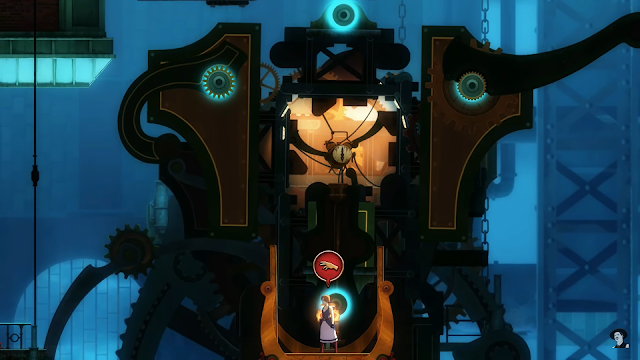 5.) Alternate Key Choices - Forgotton Anne is a choose your path sort of game. The moral choices you make at key moments affect the outcome of the game. Anne can choose to do good or bad. She can kill or show mercy. You even have a big choice at the end of the game that decides the fate for the whole world. Doing wrong will make things harder and doing good will gain you more allies which is a big lesson in life.

How this can be applied to writing: It's a good exercise to think of different character could act in key situations in their stories and what would happen if they chose poorly. It can add more magnitude and understanding to their choices and help you discern why they make the choices that they do. 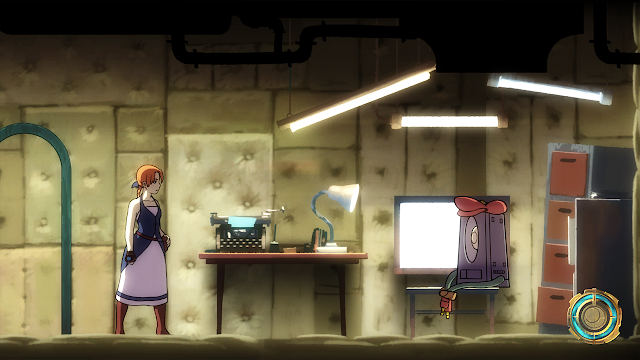 Conclusion - This is such an amazing game. It's clean and it's well-written. And it's a great story to glean writing tips from. Plus steampunk wings. 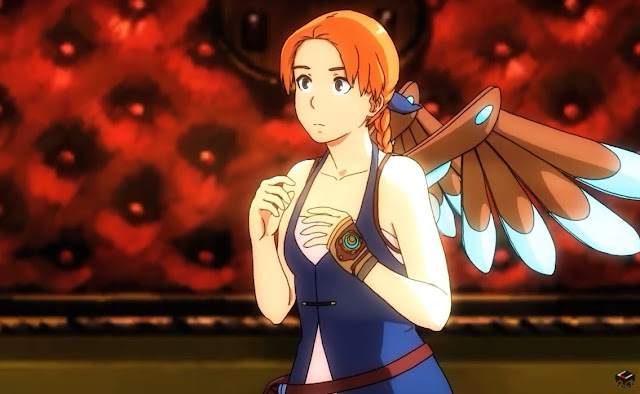