Writing Lessons from Video Games: Ori and the Will of the Wisps 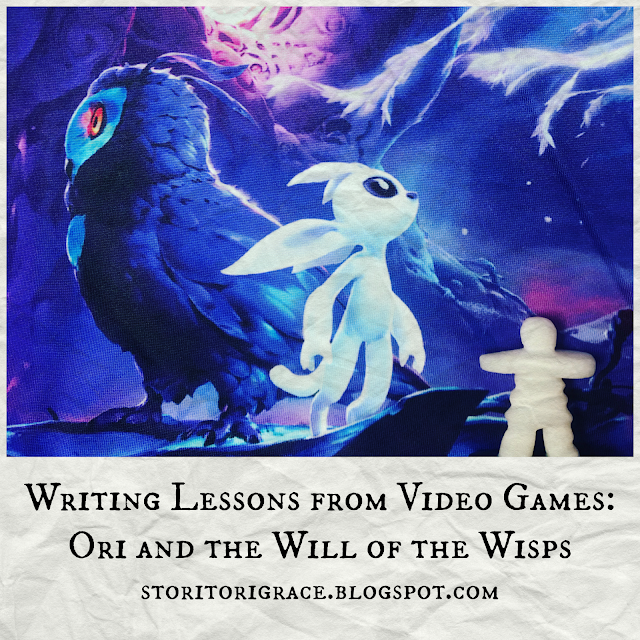 I played the first game a few years ago and fell in love and I played the sequel as soon as I could download it in March! One of my many corona coping mechanisms. This one completes Ori’s story and brings a satisfying conclusion to the series. The writing for these games is just fantastic.

Ori and the Will of the Wisps is about a forest spirit who helps raise a young owlet named Ku. After Ku learns to fly, she and Ori fly to another land far from their home, but a terrible storm thrusts them out of the sky and damages Ku's wing. Ori must find a way to reunite with the owlet while evading the evil entity Shriek and find a way to heal the land before they can go home.

Warning: Spoilers about the first game and spoilers in points 2-5.


1.) A World Aesthetic - Ori's world has a very distinct aesthetic. First, there are no humans, only animals other fantastical creatures like the Gumon or Moki. Second, the world is bioluminescent. Many of the flora and fauna glow. Third, this world doesn’t have kings or a president, but they have spirits of lights that protect each land and keep them safe and healthy. Fourth, they have their own distinct language. Fifth, weapons in this world are rare and the ones that exist are made of light.

How this can be applied to writing: What are five main world building traits that make your world unique and stand out among others?

2.) Goals Changing at the Midpoint - A good third of the game is spent searching for sweet Ku, but then Shriek ruins everything and Ori’s goal is changed to saving the land so she can bring Ku back to life.

3.) An Ally Made Enemy Not of Their Will - Kwolok is your first big ally in the game. He’s the kind but powerful giant toad guardian of the Moki. But when a dangerous parasite takes over this gentle giant it’s pretty terrifying to behold and it hurts your heart to have to fight him and then a double whammy when it turns out he doesn’t survive this battle.

How this can be applied to writing: Sometimes allies are forced into doing bad things either through blackmail or gunpoint or some kind of mind control. This will definitely jerk your readers’ emotions and create great conflict as the main character has to make a choice about what to do. 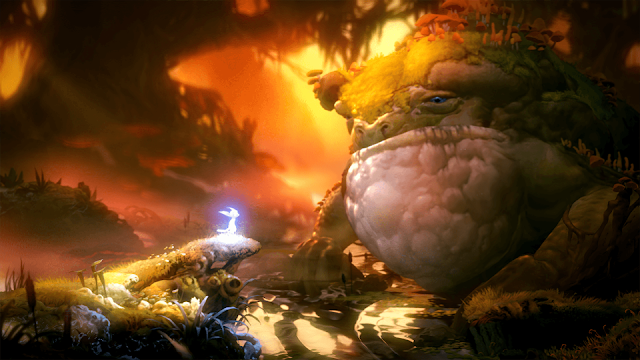 4.) Give Your Villain the Choice to Choose Light - In both Ori games, you get to see the villains’ backstories and both of them are quite tragic. Both of these villains Kuro and Shriek are given the choice to do the right thing and redeem themselves. In the first game, Kuro chooses to take the light back to its place even if it means her death, but Shriek acts in anger and despises the light. The latter avian antagonist loses the final battle and dies where she was born.

How this can be applied to writing: All characters even villains have the choice to do the right thing, but villains are villains ultimately because they make the wrong decisions. But it can show an extra level of depth when you give the opportunity to do right and their decision can change their fate.

5.) Narrator Twist - In both Ori games there is an omniscient narrator who helps the story along. In the first game, find out fairly quickly that this narrator is the Guardian Tree, Ori’s father. In the sequel you assume it’s the same thing but it isn’t until the end that you realize it’s Ori telling the story after she becomes the new Guardian Tree.

How this can be applied to writing: This only works when you use omniscient point of view but it can be quite a twist when you hide the narrator’s identity and then reveal it in the end. 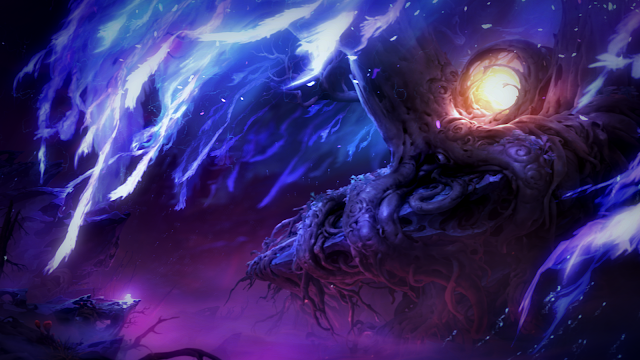 Conclusion - Ori and the Will of the Wisps is just as beautiful of a story as the first. 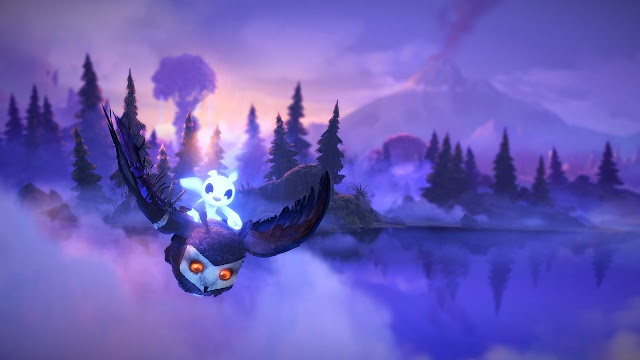 Have you played Ori and the Will of the Wisps? Have you noticed these writing aspects? What video games have you noticed have good writing? Let's geek out together!