The time has come when I will now answer your fantastical questions. I won't be doing this in the usual format since it'll be weird me interviewing me, so I'll do this Beautiful People style. Thank you everyone for the great questions and I hope I can give you some satisfying answers. Let's get to it!


Anonymous: Why did you name your blog Stori Tori's Blog? It's a very interesting name and I'm assuming it has a "Stori" to it. :)

I've used Stori Tori as a username in many places and I thought since I like writing stories and my blog is about writing stories, that it would be a good idea to use that for the blog title. I've found it nifty that my name rhymes with what I do.

That's a tough question. I've tried so many and I like so many. I guess ultimately it's rose teas. Anything with rose petals, hips, or flavorings in it I will enjoy. Some of my favorite rose teas are the Yuki the Rat blend, Ruby Rose blend, and River Tam blend. 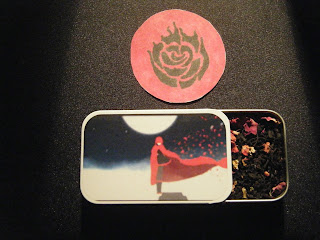 Anonymous: What is your favourite book that you've written (or in the progress of writing)?

My Subsapien series. The characters and the ultimate theme of the story are very personal to me.

Liz Brooks: What is the hardest thing about writing and what is the easiest?

The easiest thing for me is creating the characters. This has steadily gotten easier to do as I've gotten better at writing. They pretty much just tell me who they are and what they're like as I go, so I rely on them.

The hardest thing is waiting for responses from agents and editors. I've gotten so nervous, I've had my best friend read the emails for me because I couldn't bring myself to do it. So far every response has ultimately turned into a no, so I always cringe while opening an email as I brace myself for another rejection and hold on the shred of hope that someone will someday say yes.

Rebekah: Is there a particular type of character that you find it easiest to write about?

Any character who's really damaged. From what I'm told I have a knack for writing sympathetic characters.

Amy Covel: Which one of your characters are you most like?

I have a little piece of me in all of my characters, but I believe I'm the most like Matt, Bryce, or Rouyn. I've been told I'm a lot like Bryce. I try to not write them exactly like me, but apparently some of them turned out that way.

Amy Covel: What themes are the core of your stories?

The themes are one of my favorite parts of writing. I have many themes and I discover them as I go. Subsapien's main theme is all life is precious even if society says some lives aren't. Red Hood's I'm still discovering, but one of them is God works things to his plan even if tragedy happens.

Sara Letourneau: What one book do you wish you wrote? Why?

I haven't really ever wished I'd written someone else's book before but I guess The Hunger Games.

Sara Letourneau: Which authors have influenced your writing most?

Rawls E.: Will you self-publish or traditional publish your book Red Hood?

Liz Brooks: What would you be doing now if you couldn't write, like, at all?

That's tough since writing is so important to me. I suppose I'd go into graphic design. Art is my second love.

Anonymous: Do you have any favorite visual artists?

My style has become a mix of Mark Crilley, Masashi Kishimoto (Creator of Naruto), and Shion Mizuki (Illustrator for Guilty Crown). They've become my favorite artists so much that I've used them in my own art style. Mark Crilley's books and videos revolutionized my drawing, I like Masashi Kishimoto's variety in his character design which works great for my many different types of characters, and I like Shion Mizuki's style because it's just plain gorgeous.

Anonymous: Which do you find easier to draw, guys or girls?

Guys. Girls have all the extra curves.

Rawls E.: Which celebrities have you met?

Rawls E.: What characters have you cosplayed?

Katara, Katniss, a Mirkwood Elf, and a Survey Corps member.

Sara Letourneau: Which cosplay costume(s) were the most complicated (i.e., took the most time) for you to complete?

My Mirkwood elf costume definitely. All of it except for the boots, belt, knife, and bow were handmade. 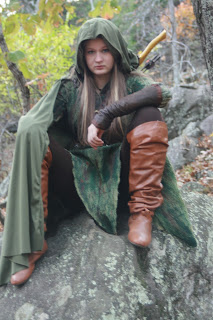 Anonymous: I'd like to know who are the people you admire and why? How have you become better at your craft or better at life due to your admiration?

I admire Mr. Davis for his devotion to God and for his craft and his willingness to teach and help others. I admire C.S. Lewis for his faith and his books whether they're nonfiction or fiction. I admire J.R.R. Tolkien for his ability to weave his faith into his stories without outright stating. It's so obvious and so subtle at the same time. All of these men have strengthened me as a writer and as a Christian. I wouldn't be the same person without them.

Amy Covel: Where/how do you see yourself in ten years (ideally)?

Multipublished, steadier income, pretty house, preferably married perhaps with a couple kids, and I'd like to have traveled to three continents by then.

Anonymous: If you could live anywhere in the world, where would it be?

I like the area I live in. It's got a lot of cool places to go. A better house would be nice, but other than that I'd like it, although ... The only thing I don't like about my area is the blazing hot summers. If I could have a second home it'd be in the U.K., France, or, Switzerland where it only gets to 70 tops and I'd summer there from May to August to avoid the heat.

Anonymous: Have you ever traveled out of the country? If so, where?

Yes, I have been to France for a mission trip. 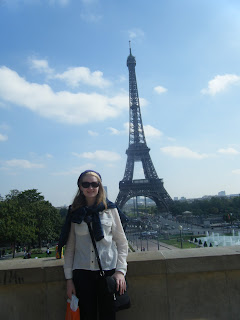 Rebekah: If you could get a plane ticket to anywhere in the world right now, where would you go?

New Zealand. Hands down. I have to go there before I die.

Amy Covel: If you had one wish, what would it be?

To be a New York Times Bestselling Author. That would be a dream come true.


And that's it! I hope it wasn't boring. XD Thanks for all of the questions! 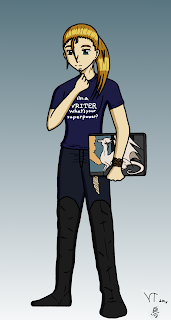 How did I do in my first Q & A? Have you ever done a Q & A before? Thanks again for the questions!

You may also like:
Beautiful People: Authors
Blogger Recognition Award & One Lovely Blog Award!
Favorite Screen Characters Tag!
30 Things You Might Not Have Known About Me
Now I'm 22