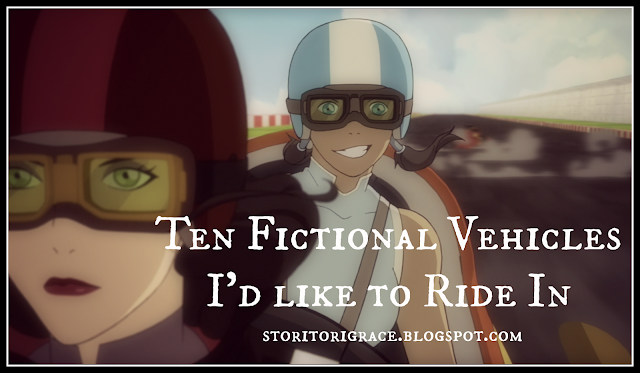 I don't like driving. Driving is one of my least favorite activities on the planet, because I find it simultaneously stressful and boring. Yes, I know that sounds like an oxymoron but that's honestly how I see it. Knowing that, you can imagine how surprised I was when Turo.com asked me to participate in her site's campaign about fictional vehicles. At first I was a bit hesitant, but then I gave it some thought and came up with ten fictional vehicles I'd like to ride in, whether I'm steering it or not.

Note: Yes, I know Beautiful Books was supposed to go up today, but since Paper Fury doesn't have it up today, it's been moved to the 20th.

1.) The U.S.S. Enterprise from Star Trek - Okay, I would definitely not be driving this puppy. Leave that to Sulu, but I would love to ride in this ship for a short journey. It would be so cool to see the universe in one of the most iconic vessel's in sci-fi. I'd also like to try some of that instant food and see if it truly is as good as the traditionally made counterparts. Basically, I wouldn't mind traveling in space if it was in a vessel where I could wear casual clothes and have artificial gravity. 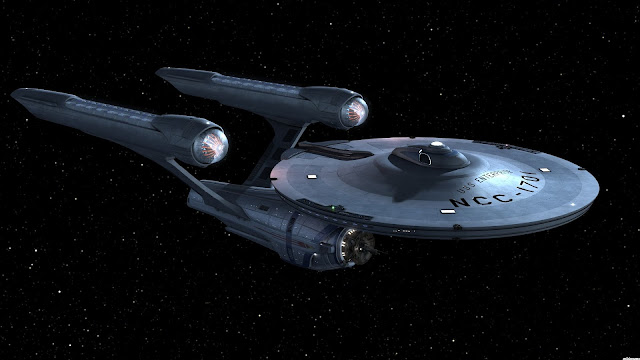 2.) The Dolorian from Back to the Future - Back to the Future was one of the classic films in my family growing up and I'd love to time travel with Marty McFly and Doc Brown whether it be into the Wild West or a retro future. The not being able to time travel until the vehicle reaches 88 mph may be a bit rough for me, but it would still be very fun to ride in yet another iconic sci-fi vehicle. 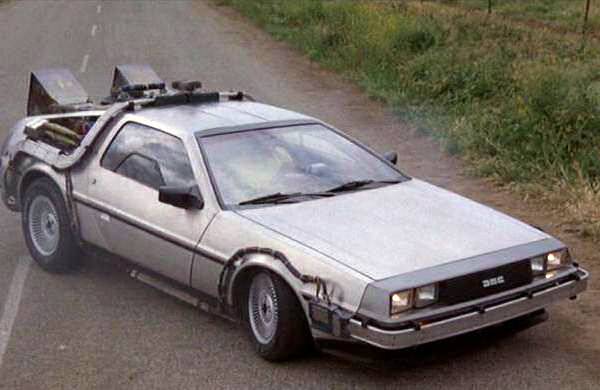 3.) The TARDIS from Doctor Who - I can't not mention the TARDIS. I want to see the bigger on the inside! The TARDIS has so many fun bells and whistles. I wouldn't mind helping the Doctor Drive this thing since it is actually meant to be driven by more than one person. I would love to take a trip in time and space to some amazing new world in this blue box. 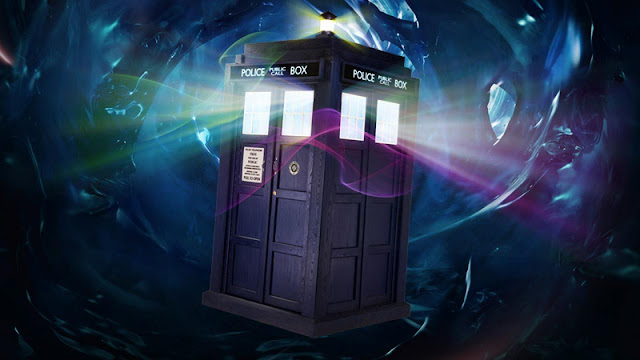 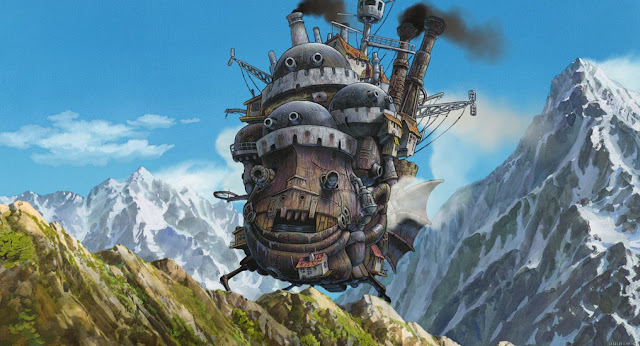 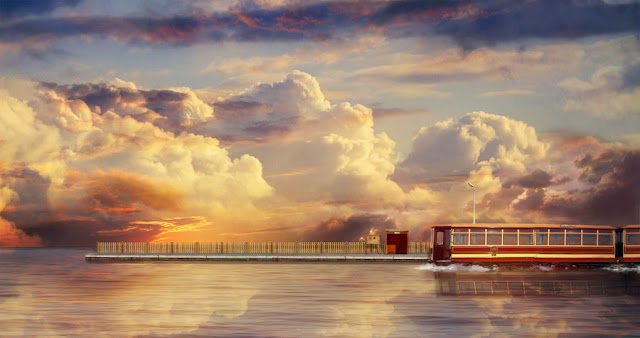 6,) Leonardo's Tank from Assassin's Creed: Brotherhood - Now this vehicle isn't completely fictional. I'm an enormous Leonardo DaVinci fan. He was such a brilliant man, and he shaped so much of our modern world. I would freak if I could ride in the Renaissance tank he invented. It was a strange little vehicle, but it reminds me a bit of a turtle bumper car. I'd like to try it out just so I could say I'd ridden in something Leonardo directly invented. I geeked out when I saw Assassin's Creed use this vehicle then months later I found out it's actually real! 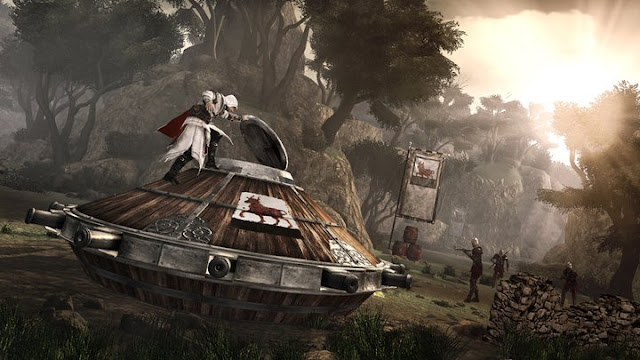 7.) The Tiger Moth from Castle in the Sky - Planes are cool, but it would be amazing to fly in the sky in open air. That's why I'd love to take a trip in the Tiger Moth and be able to walk to the balcony and look out at the clouds and feel the breeze. Then be able to sleep so close to the stars at night. 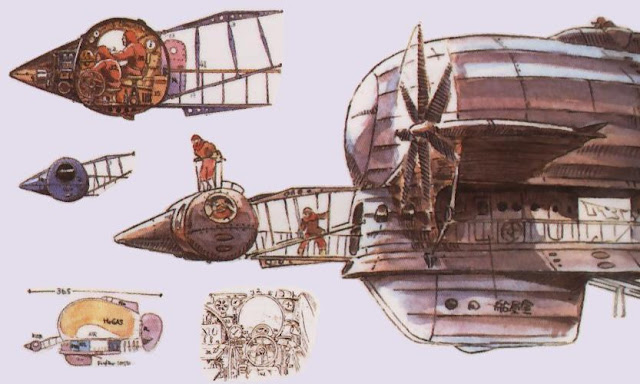 8.) A Knightmare from Code Geass - I believe this still counts as a vehicle since it is a mode of transportation. This would be something I would have to ride in, but I think it would be a crazy experience to be able to be a giant bipedal metal beast. I'd like to just walk around in a for a few minutes, though I hope Suzaku would give me some pointers. 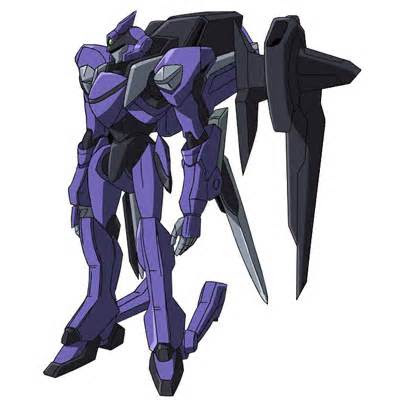 9.) A War Balloon from Avatar: The Last Airbender - I've only ridden in a hot air balloon once and it was crowded and tethered, so I didn't go up super high. Therefore I'd love to go into a Firebender powered balloon preferably with Zuko or Iroh. 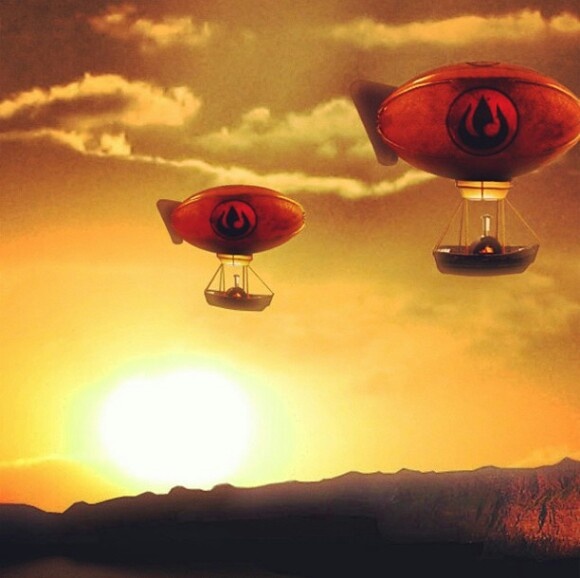 10.) A Satomobile from the Legend of Korra - I've always wanted to ride in an old fashioned car, so it would be really cool to ride in a Satomobile. It's old-fashioned, but it also has that Asian flair, which I really love. 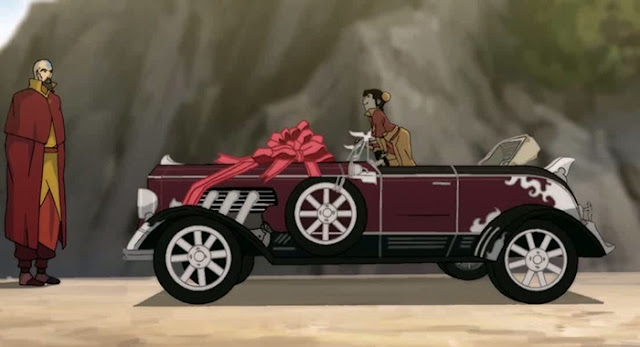 And that's it! Thanks so much, Emma, for the idea for this post. If you're in need of a fun vehicle to take a road trip in check out Turo's rental page. Safe travels during this holiday season!


Have you ever wanted to ride in one of these vehicles? What are some fictional vehicles you'd like to ride in? Would you like to drive or just be chauffeured?

You may also like:
How I Write a Blog Post
The Emoji Book Tag, Revisiting Children's Books Tag & The Bed Time Book Tag!
The Bookshelf Tag
The Christmas-y Tag!
The Sweater Weather Tag & Liebster Award 2015