So Your Character has Depression ... 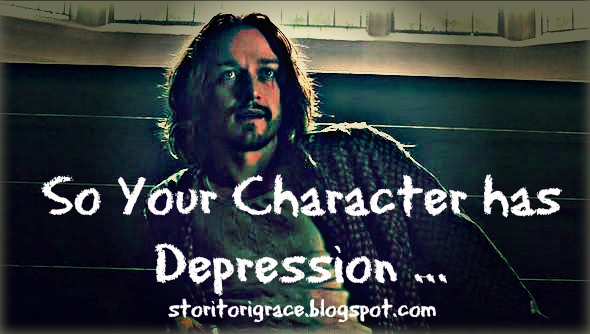 Usually I have a "featuring" in that blog title but today I'm not because the person who's being interview is well ... me. This is a really hard post for me to write, because it's a very personal issue and one I really struggled with last year in particular, but I'm hoping talking about it will be therapeutic.

I've had moderate depression since I was fifteen. That's about nine years ago at the time this was first posted. It's had its ups and downs, but it's always been there with me. I didn't really know much about depression until I was seventeen and decided to google the symptoms. I was horrified to discover I experienced all of them. I ignored this until last year when my depression got so bad that I had to seek help then I was officially diagnosed.

Depression isn't as uncommon as you might think. As of 2016, statistics state that one in ten Americans experience depression. Below is a fun little Depression chart. Depression also isn't just feeling sad. It's a brain chemical imbalance that affects much of how I live life.

How does your depression physically feel? How do you think it compares to those who don’t have it?
On a normal basis, not much since it's being treated medically, but when it acts up I feel more tired than usual even if I get lots of sleep. During bad times, I feel back pain, muscle aches, lack of appetite, and headaches.

How do you feel about having depression?
It's been with me so long that it's hard to remember life not having it. It's become a part of me. I'm not sure if that's a good or bad thing at this point.

What challenges does depression pose?
When my depression acts up, I sometimes have to take a break from what I'm doing because I can't focus at all and I just end up staring blankly at the screen or crying. At those times, I have to do something relaxing like watch some of my favorite shows or a movie until I can focus again. At bad times, I have to stop for the night or even days.

Depression also makes finding an entry level job difficult, since most entry-level jobs involve customer service so there are requirements like "Now hiring smiling faces!" I can fake happiness long enough to make an interview, but on down days, as I call them, it is really hard to make myself smile. I actually had a past employer talk to me in his office about my default facial expression being too sad and that it's offputting to customers.

Is there anything you like about depression?
People with depression feel emotions different than others. This can be neat to experience.

Do you think your day differs from others because of depression?
On down days yes. It is very difficult for me to smile when I'm experiencing heaviness that literally feels like a barbell on my chest. When I'm depressed I often don't like to do things I normally do like read or write. When I got really depressed a while back, I stopped reading entirely for over a year.

What are some stereotypes about depression that irk you?


What media portrays depression badly be it a movie, a book, or a TV show?
I can't think of anything in particular, but if I do I'll add it to this post.

What media portrays depression well be it a movie, a book, or a TV show?
In the Hunger Games especially. Katniss's mother experienced severe depression. It's why she neglected her kids, but neglecting things you normally care about is one of the prime depression symptoms. She checked out and became numb to cope, which is one way that people with depression deal with an overload of negative emotions. Van Gogh from Doctor Who was also an amazing portrayal. I've watched that episode over and over again because I relate to him so much and cried every time. XD

Who are your top three favorite characters who have depression in books, movies, or shows? 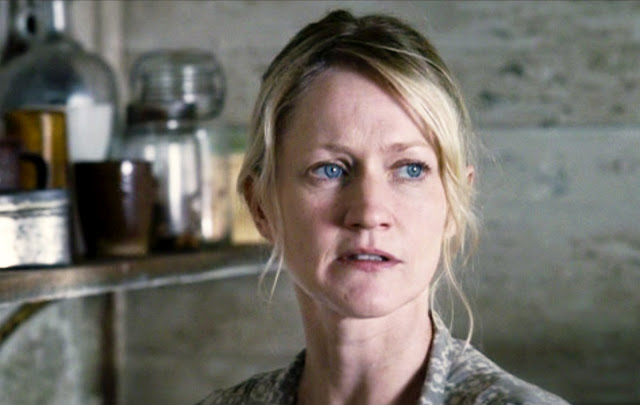