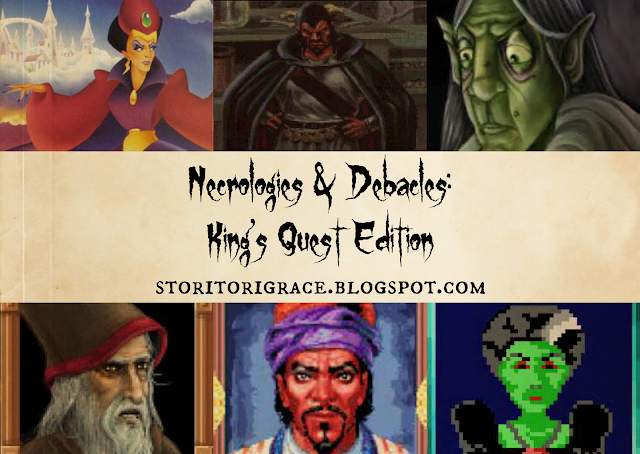 Villains meet their demises in so many different ways. For some this means death, for others this means an unfortunate incapacitating situation. Writers put a lot of thought into how their antagonist finally fails, but which way is best for your villain? That all depends on so many different circumstances, including audience and genre. This is what inspired my series "Villain Necrologies & Debacles." Over time, I'll be analyzing different animation studios, franchises, and more. These posts are meant to show you what sort of defeats have been done whether common or uncommon, perhaps inspire some villain defeats of your own, or you can just enjoy the morbid humor. Check out last month's Necrologies and Debacles: Avatar: The Last Airbender & The Legend of Korra Edition!

If you've been reading my blog for any amount of time then you know that I'm a King's Quest fan. King's Quest is a game series that released its first episode King's Quest I: Quest for the Crown in 1983. Since then the developer Sierra On-Line has released seven subsequent games following the adventures of King Graham and his family and a tanner named Connor. The first three games have been remade by fans with better graphics and full voice acting since during the original release computers didn't have the capability to add human voices to video games. The game has such a big cult following that a group of fans has made a conclusion game to wrap up the story and the last episode is finally releasing this year! So. Hyped.

I played these games when I was a kid and I have so many fond memories figuring out the puzzles and enjoying interacting with my favorite fairy tale and mythological characters. I've also written a post about what these games can teach you about deep point of view, but today I'm focusing on the games' many dastardly villains!

Turned into a Baby - In King's Quest VII: The Princeless Bride, Malicia is the evil witch from Etheria. She's grown resentment against her sister Queen Titania and the other fairies and decides to blow Etheria out of the sky with Eldritch's volcano. The game centers around Rosella and Valanice trying to stop her from achieving that goal. Eventually, Rosella finds a device that turns Malicia into a baby right before the witch is going to zap Rosella, thus rendering the evil fairy harmless. 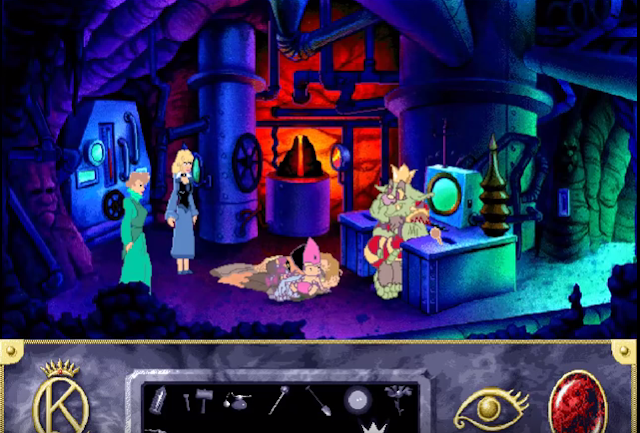 Turned into a Cat - In King's Quest III: To Heir is Human, Mananaan is a wizard and Alexender's evil enslaver. He's forced Alexander to do his bidding and punished him cruelly when Alexander makes the tiniest mistake. Alexander escapes from Mananaan by finding a spell that turns him into a black cat, making him powerless. 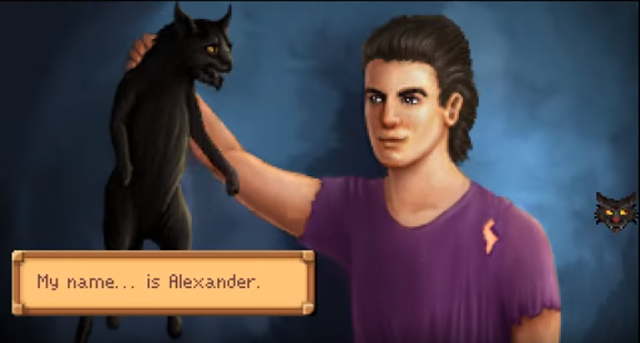 Falling - In King's Quest II: Romancing the Stones, Hagatha is the evil witch who imprisoned young Valanice in a tower because she was jealous of her beauty. When King Graham comes to rescue Valanice, he uses a mirror to blind Hagatha and the witch trips and falls out the tower window. 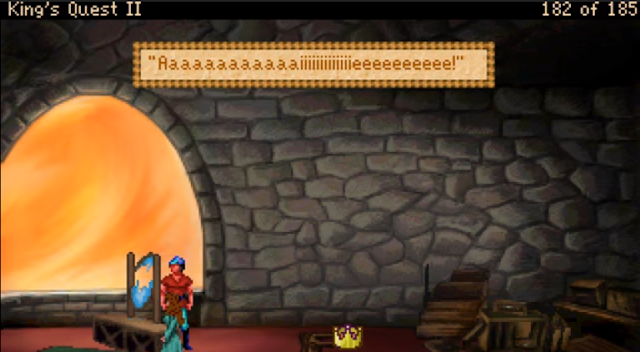 Imprisoned - In King's Quest VI: Heir Today Gone Tomorrow, Abdul Alhazred is the evil vizier that murdered the King and Queen of the Land of the Green Isles and wanted to marry Princess Cassima to then take the throne. After a grueling sword fight between him and Princess Alexander, Alexander gets the best of him then Abdul is arrested and imprisoned. 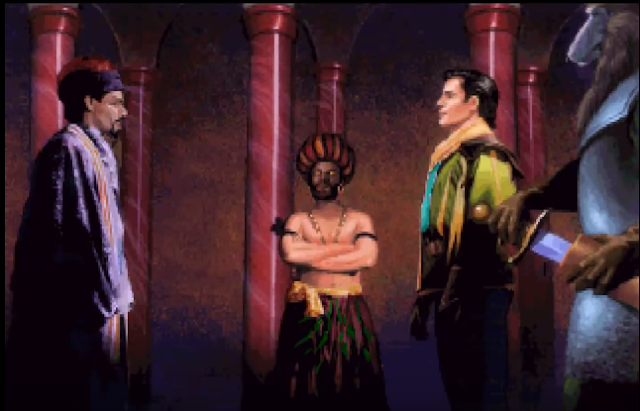 Rained On - In King's Quest V: Absence Makes the Heart Go Yonder, the wizard Mordack kidnaps King Graham's family and his entire castle in vengeance of Alexander turning Mananaan, Mordack's brother, into a cat. King Graham journies far to Mordack's evil island and during a magical duel Mordack transforms into fire and King Graham uses a rain spell to put him out. 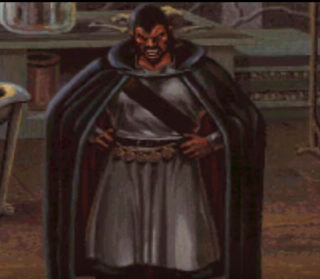 Shot by Cupid's Arrow - In King's Quest IV: The Perils of Rosella, Lolotte is an evil fairy that stole the good fairy Genesta's magical talisman, without it Genesta will die. Rosella infiltrates Lolotte's castle and even gets on her good side by bringing her Pandora's Box, which Lolotte wants to use to bring evil upon the world. Rosella sneaks into Lolotte's bedroom with cupid's arrows and shoots her in the heart. Lolotte is so evil that the pure love from the arrows acts as a poison, killing Lolotte. 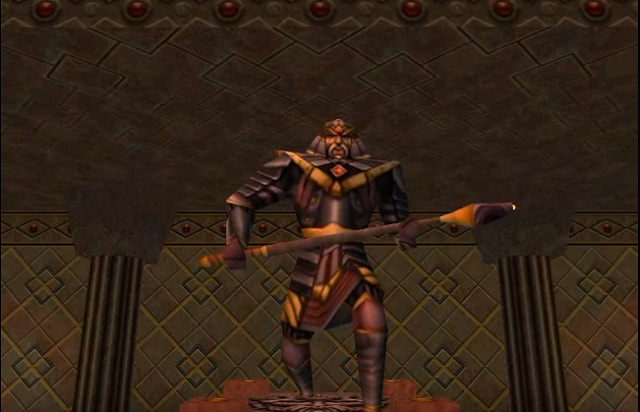 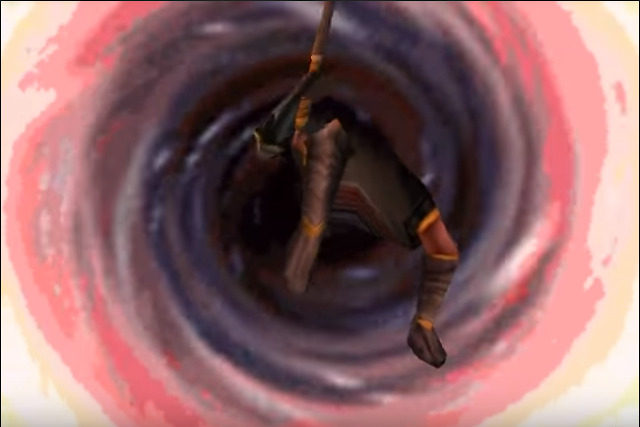 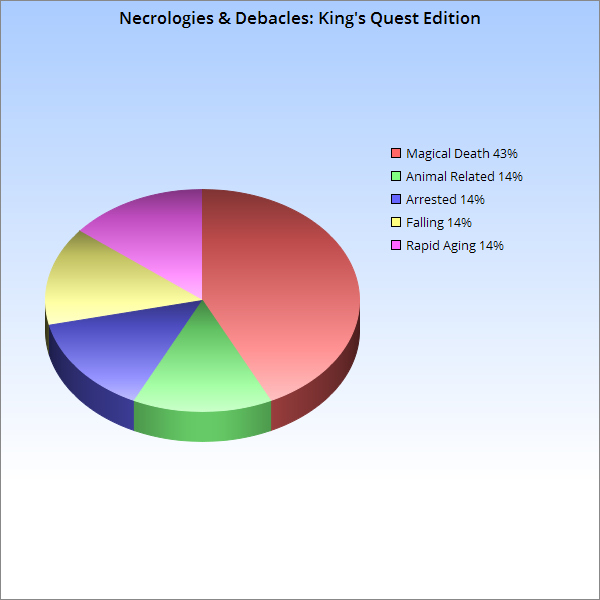 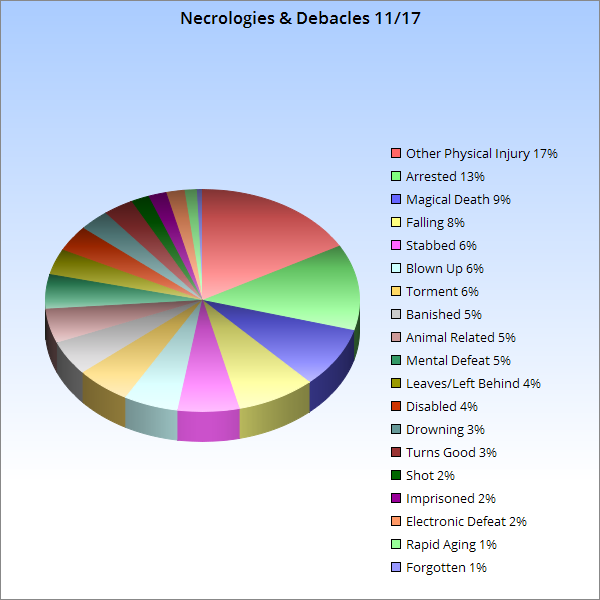 Conclusion - The majority of the villains' fates have to do with magic, sticking to the games' fairy tale genre and also pertaining to the genre, most of them meet an end as wicked as they are.