So Your Character is From Bangladesh ... Featuring Shouni @ Through the Book Portal 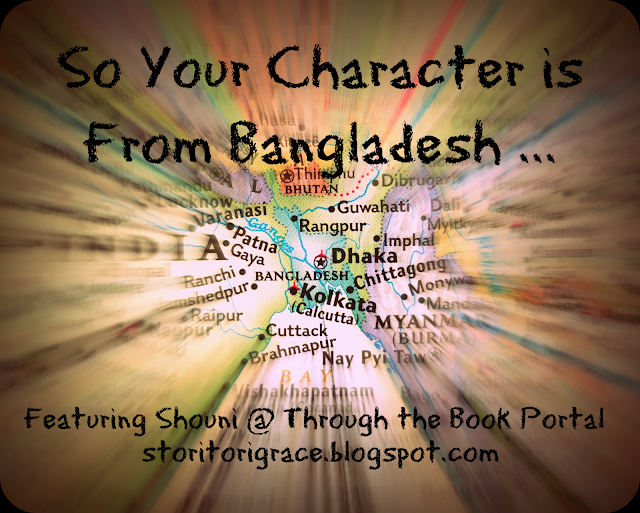 It's time for this week's So Your Character is ... Post! This is a weekly segment where I interview lovely volunteers from around the world to give you a firsthand account of being a citizen of their respective country or having a disability. I'm hoping to encourage international diversity, break stereotypes, and give writers a crash course on how to write a character from these different places on our planet. If you haven't checked out last week's  So Your Character is from Romania ... be sure to hop on over there and give it a read!

Hello, everyone! My name is Shounima (pronounced show-nee-ma), Shouni for short. I was born in Bangladesh but moved to the United States when I was nine (first to Dallas and now live in Atlanta). I am currently a college Freshman majoring in Computer Science and spend way too much of my time procrastinating and reading when I should be studying. I started my book blog a little more than two years ago and it’s probably one of the best decisions I’ve ever made.
Blog//Twitter//Pinterest//Goodreads

What do you feel is unique to your country? Landmarks? Celebrations?
Bangladesh is a majority Muslim country so we celebrate both Eid-ul-Adha and Eid-ul-Fitr, and they have become both a religious celebration as well as a cultural one. As for celebrations that are only unique to Bangladesh, we have the start of the Bengali calendar of “Pohela Boishakh” (Pohela means first and Boishakh is the name of our first month). Since it isn’t a religious holiday, everyone celebrates it and people of all religions often come together to sing and dance. In our family, we all get together and stuff ourselves with food and maybe sing a few traditional songs. People dress up in red and white (the women wear red sarees with gold borders, even young girls who normally don’t wear sarees). 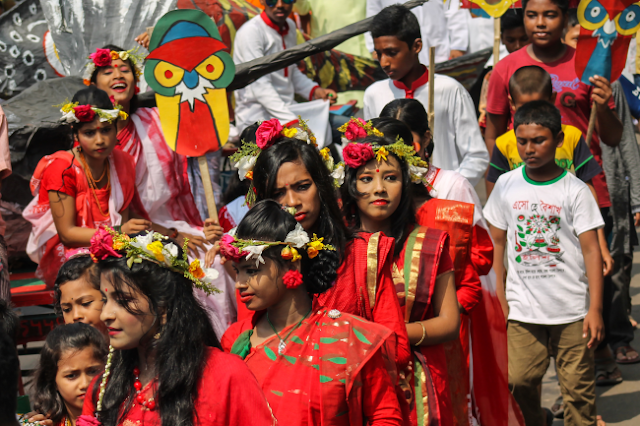 Tell me about your country's environment. What are some of your favorite places?
Bangladesh has six seasons and each season is about two months. It gets really hot and humid in the summer so sweating is inevitable. There’s a monsoon season right after the summer and there’s always a certainty the roads will flood. In the winter though, it’s really nice, the weather doesn’t get too cold. Because I’m an indoor person everywhere, my favorite place is our apartment there. 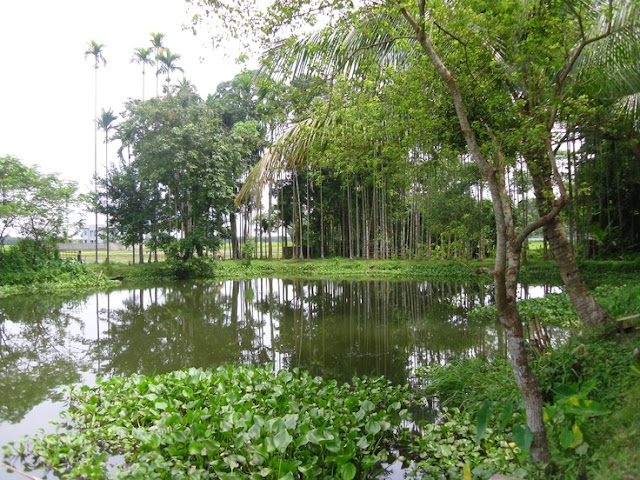 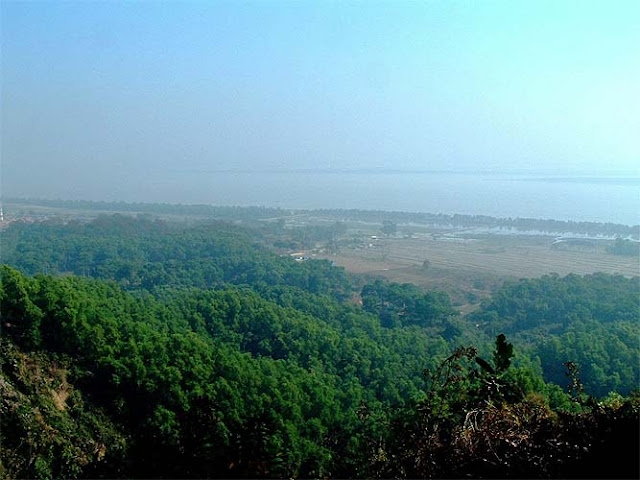 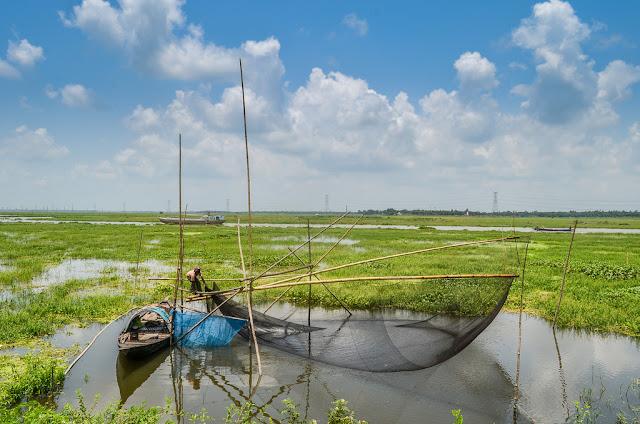 Tell me about your country's food. What are some of your favorite dishes?
The food is probably my favorite thing about being Bangladeshi. There are so many varieties and I’m a food addict. For breakfast, a meal usually includes ruti (kind of like tortilla bread), eggs, vegetable curry or some kind of meat curry, and cha (tea) as a finisher.  Rice is a must eat for everyone; people have rice for lunch and dinner. Sides include meat, fish, vegetables, lentil soup, etc. 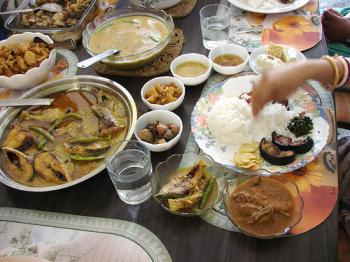 On special occasions and when guests come over, people eat biryani and “richer” food. Biryani is definitely my most favorite thing in the world. 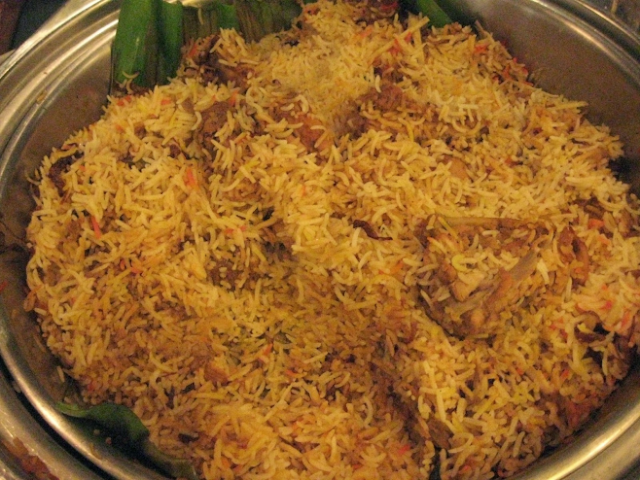 Tell me about any different speech patterns in your country. Slang? Idioms? Words for things such as “biscuits” instead of “cookies”?
The main language in Bangladesh is Bangla (Bengali). Our language is very important to us because it’s the reason we went through civil war and got our independence from Pakistan (fun fact: Bangladesh means “Country of Bangla”). Bangla has many different dialects in the various districts of the country, some are so different that you may not understand what they’re saying.

Bangladesh also uses British terms when communicating in English. So yes, “cookies” are “biscuits” and “elevator” is “lift." One thing that confused me a lot when I first went to school here was calling a period (.) a period and not a “full-stop."


Describe briefly a regular day in your country.
It’s different for different people. Typically for a student, you would wake up at around seven (or whatever time your school/college starts). There are two “shifts”: morning shift is from 8 to 12 and afternoon shift from 12 to 5. Most schools divide boys and girls so depending on the school, either the boys have the morning shift and the girls the afternoon shift or vice versa.

After coming home from school, it’s lunchtime. Some people like to take a quick nap afterward. Around 4:00 is tea time. Bangladesh is a very social place so you’ll often find neighbors or friends coming over to have tea together. Dinner is usually at around nine and families will usually eat together. 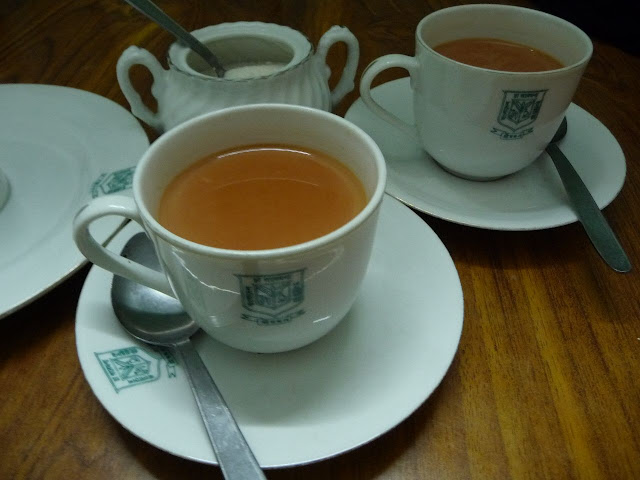 How does your country compare to others, especially the States since my audience is primarily American? Environmentally? Politically? Culturally?
I’ll list a few things that I think make us different:
● It’s perfectly normal for kids to not move out of the house until they are married
● Arranged marriages are usually the norm but they aren’t at all how the media usually portrays it. Both the guy and the girl get a say on whether or not to marry the other person. What usually happens is a family member or matchmaker “matches” you to a person, they agree to start talking or “courting” and if they both think they’re compatible, it’s a yes. Most arranged marriages are not forced. I’m not saying forced marriages don’t happen but it’s not normal
● There is a huge emphasis on family and bonding. Children are always taught to respect their elders and to be polite
● Environmentally, there is a LOT of pollution and the government is not doing much to solve the problem
● Politically there are two main political parties, both lead by women and has been that way for the past two decades
● Most Bangladeshis grow up watching Bollywood movies so most people can speak Hindi or at least understand it 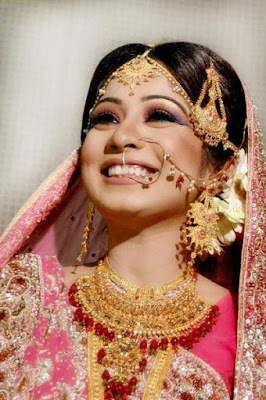 Briefly, describe three of your country’s historical events that you feel are important.
1. Shadhinota Dibosh (or Independence Day): our independence day is on 26th March 1971 Bangladesh used to be known as “East Pakistan” after the Partition of India and Pakistan. This marks the day we declared our independence from Pakistan and went to war.

2. Bijoy Dibosh (or Victory Day): Our war of independence from Pakistan lasted nine-months and ended on December 16th, 1971.


3. Bhasha Dibosh (or Language Movement Day): On February 21st, we celebrate our language. In 1954, Pakistan declared Urdu as the national language in “East Pakistan” even though Bengali people lived there. Bhasha Dibosh celebrates the sacrifices that were made to keep Bangla as our language.


What are some stereotypes about your country that irk you? What media portrays your country badly be it a movie, a book, or a TV show?
The stereotype that Bangladesh is a poor, undeveloped country never ceases to bother me. Bangladesh has skyscrapers, the newest technologies, and well-educated people. Yes, it’s still a third world country and there’s still a lot of work to be done but the media usually only shows that negative side, not the whole picture. 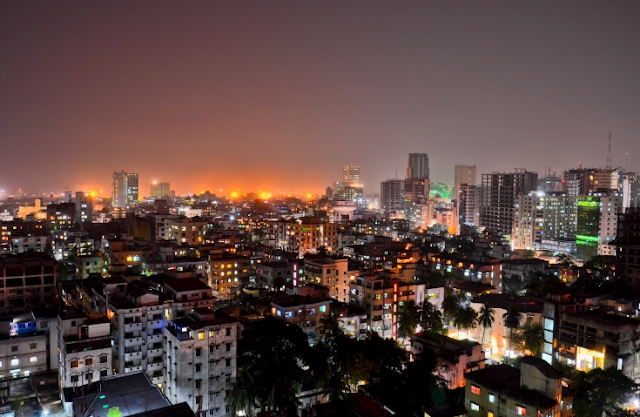 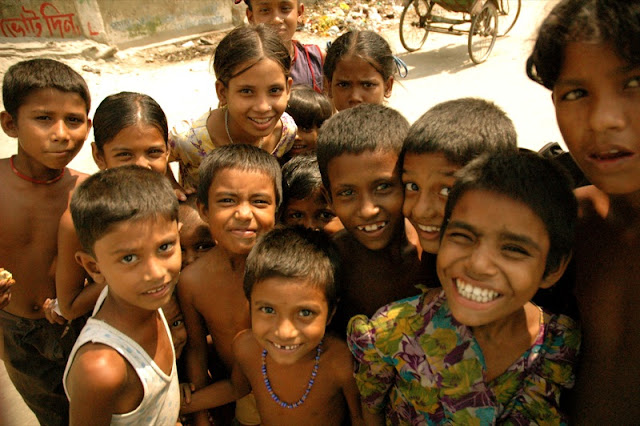 Thank you, Shouni, for this very informative post! I hope everyone enjoyed reading it. Come back next week for So Your Character is from Singapore ...!

So Your Character is From Qatar ... Featuring Sumaica @ Life & Times
Posted by Victoria Grace Howell at 1:00:00 PM