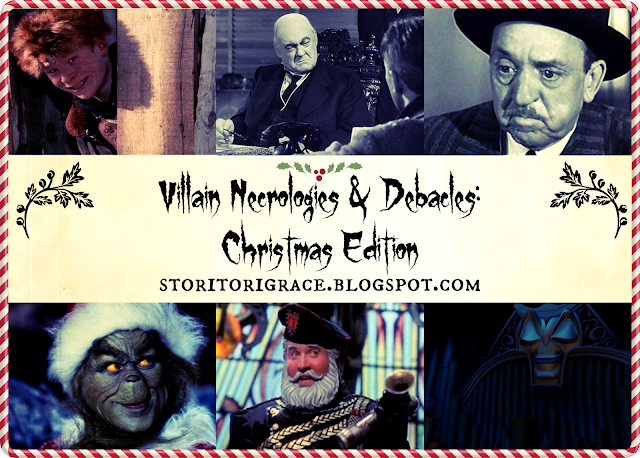 It's hap-happiest time of the yearrrr! Merry Christmas! In the spirit of the season, I'm going to be talking about Christmas villains! All of these are from classic Christmas movies adored for years and years.

Arrested - Jack Frost (The Santa Clause 3: The Escape Clause) was arrested by the police after trying to become the new Santa Clause. 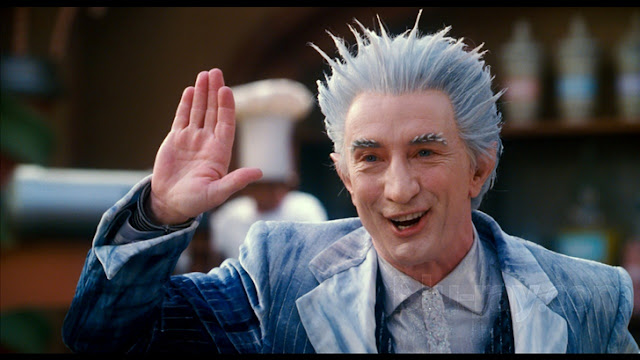 Beat Up - Scut Farkas was Ralphie's nasty bully antagonist until one day Ralphie was so upset he just snapped at Scut and beat the tar out of him. Scut didn't bother him since. 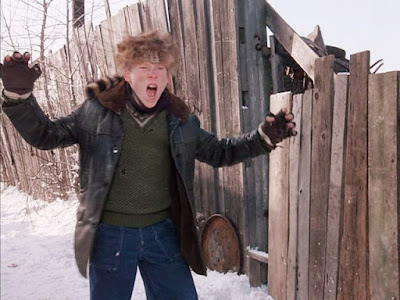 Fired - Dr. Sawyer was the nasty psychiatrist from Miracle on 34th Street. He purposefully tried to convince others that Kris was crazy. Because of his actions, Mr. Macey fired him.

Foiled by Kindness - Potter (It's a Wonderful Life) had malicious intent against George Bailey, so he tried to bankrupt his firm. His plans were foiled because the people of Bedford Falls gave George the money he needed. Aunt Agnes (Annabelle's Wish) wanted custody of Billy and claimed that his grandpa wasn't the best care for him because Billy still couldn't talk. When Annabelle gave her voice to Billy, the boy could finally stand up to his Aunt. 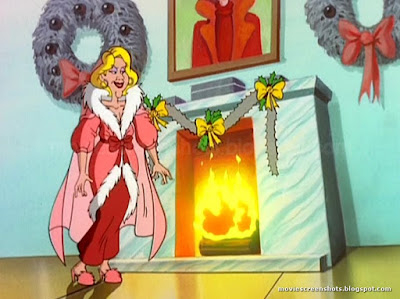 Shrunk - Curtis invented a machine that could create perfect copies of people and animals. He convinced Santa to make a copy of himself to keep an eye on Santa's Workshop while he was away attending to his troubled son. But this Fake Santa believed he should be the real Santa and tried to take over the North Pole. He was eventually stopped then shrunk into a harmless toy.

Falls - Forte (Beauty and the Beast Enchanted Christmas) was an evil pipe organ who was jealous of Belle's relationship with the Beast, feeling unwanted because the Beast paid more attention to her than him. Several times he tries to sabotage Belle and near the end intentionally tries to kill her and the Beast. Enraged by the Beast ripping off his keyboard, he breaks the chain keeping him against the wall and falls over, smashing to pieces. 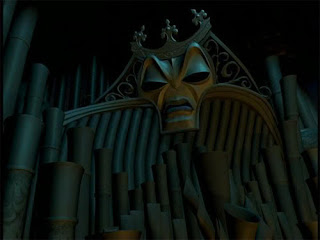 Floated Into Space - B.Z. (Santa Claus: the Movie) is a greedy toymaker, who tries to usurp Santa Claus's position. He gains the help of one of Santa's elves to make a candy that makes you fly like reindeer. In an attempt to escape arrest, B.Z. eats some of the candy, but then can't grab onto anything and floats into oblivion. 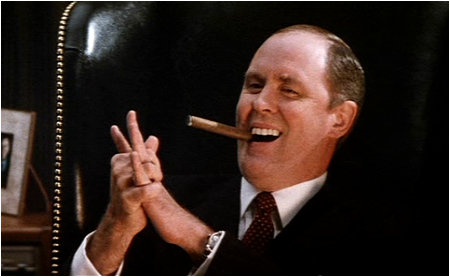 Left Behind Until He Dies - King Herod (The Nativity Story) sought to kill baby Jesus, fearing Jesus would take his place, and an angel warned Mary and Joseph, so they fled to Egypt until Herod died of old age. 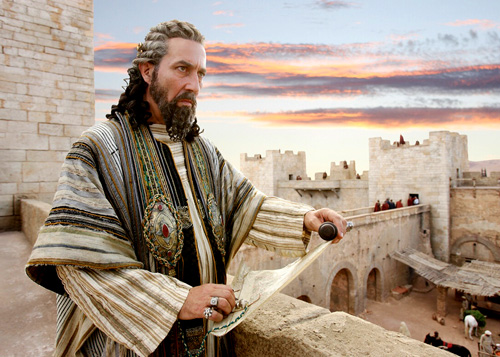 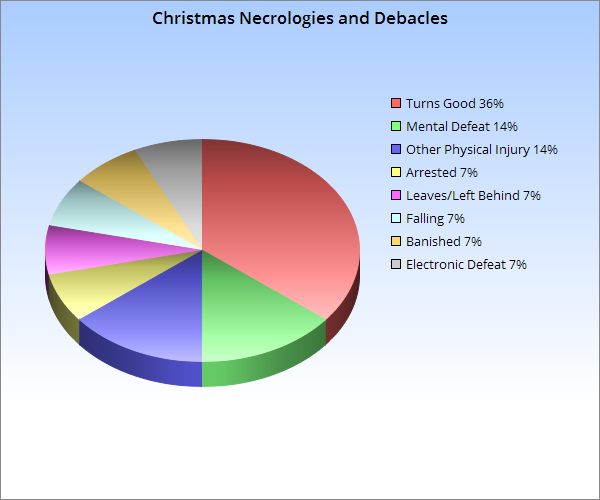 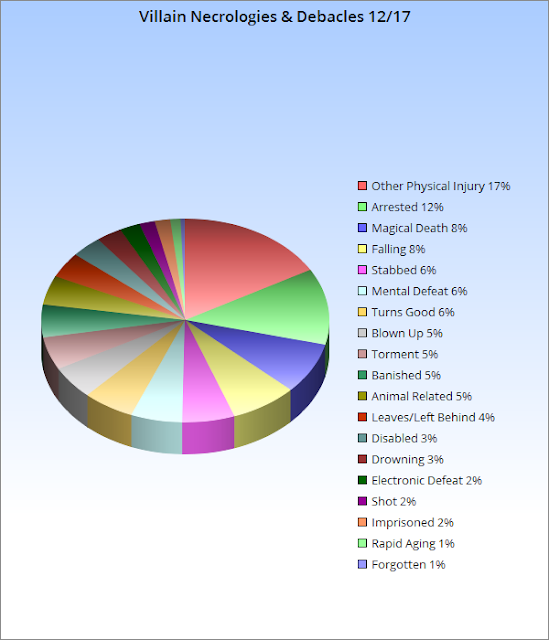 Conclusion - As you all probably predicted most of the Christmas villains turn good, but it's Christmas right?