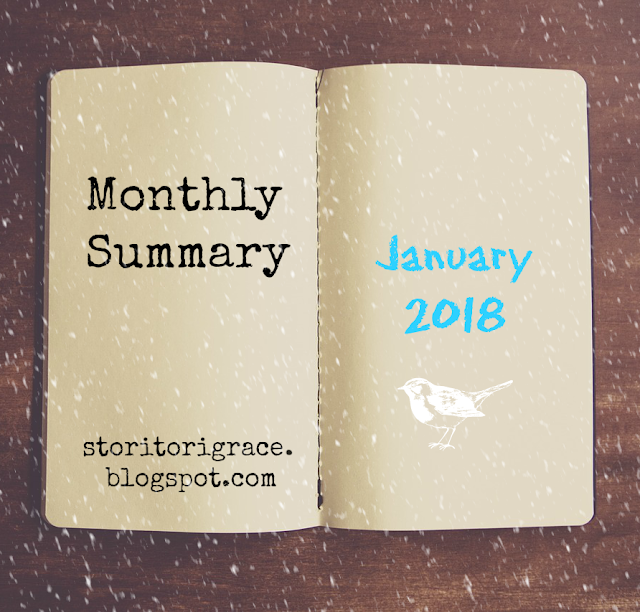 1.) I finished reading over Red Hood! I've assessed all of the changes that need to be made and over the next two months, I'll start implementing them!

2.) I went up to my birth grandmother's house (I'm adopted in case you didn't know) and I'd like to report that this was an amazing and I had a wonderful time like I can say about my other travels, but spoiler alert my life isn't perfect and this was honestly a very difficult trip. My grandpa passed away suddenly last year and I only got to meet him once. Every day I was at my grandma's house I cried myself to sleep because I  didn't get to spend more time with him. Though it was hard, I'm glad I did it. 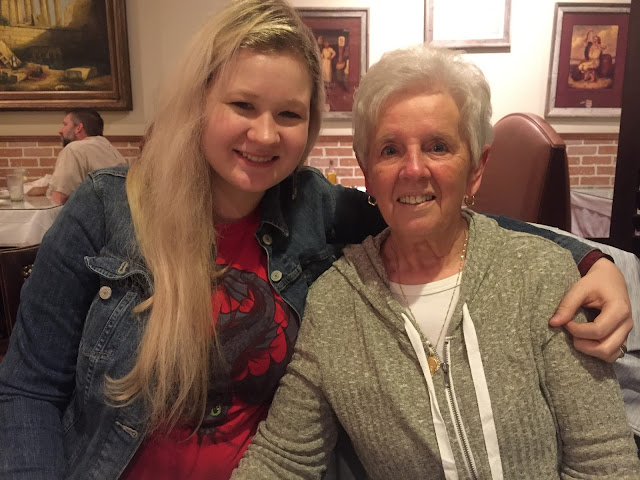 On a happier note, it snowed again, but this time it was icier so lots of icicles! 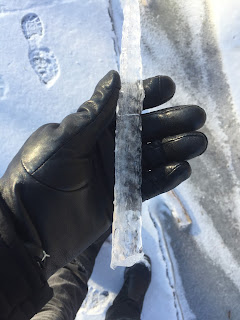 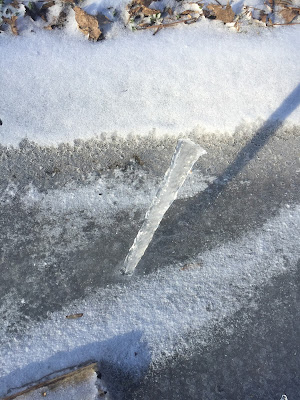 And I also went to a local duck pond I haven't been to in years and fed some duckies. My favorites are the Muscovies (the ones that look half turkey). 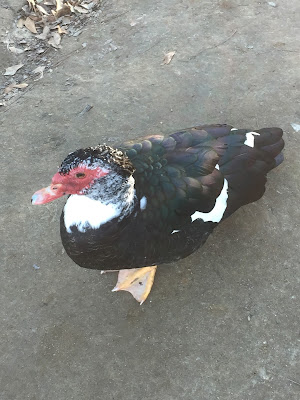 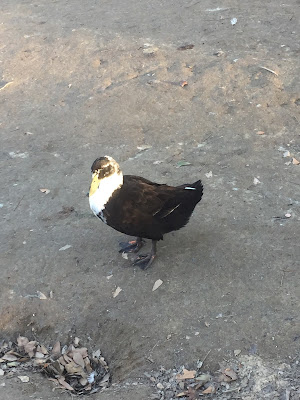 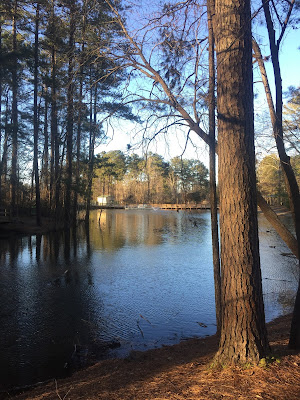 3.) I finished Siege and Storm by Leigh Bardugo and White by Ted Dekker! Reviews up soon! 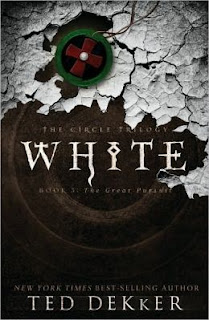 4.) I finished two fanart drawings of King's Quest this month! If you don't know what that is you haven't been reading this blog very long. XD


5.) I wrote reviews of the Greatest Showman and The Death Cure for Geeks Under Grace!

1.) I watched ERASED: A Town Without Me this month. Apparently, this anime has been out for a little while, but I haven't gotten to it by now. I'd seen the manga in Barnes & Noble, but what made me finally watch it was Amalee did a cover of the opening and maaaaan I was hooked by the first episode. This is a fantastic anime.

2.) I finished season two of Kekkai Sensen and though this season was even more episodic than the first, I still enjoyed it. :) 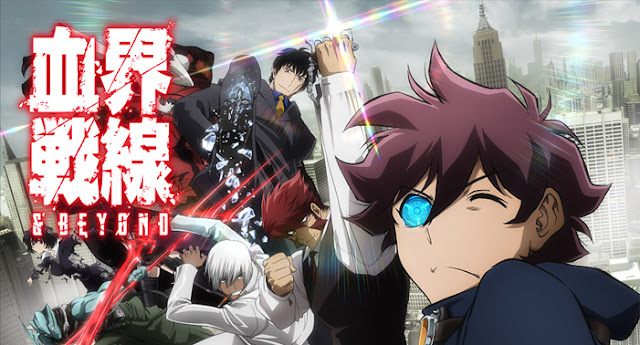 3.) I saw the Death Cure! I was a little nervous about seeing it since I wasn't crazy about The Scorch Trials, but I enjoyed it even a little more than the book. 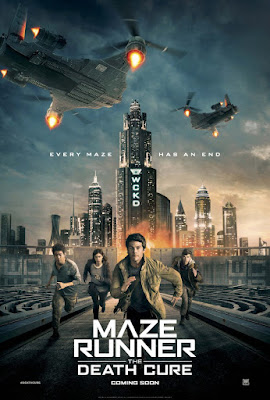 4.) I played the Legend of Zelda: Ocarina of Time, a few years ago, but for some reason, I barely remember it and I don't know if I ever finished it then I lost my disc for it so I had to buy the app on the Wii. Now I've finally gotten to replaying it and besides the extremely difficult gameplay it's become my second favorite Legend of Zelda game. I love the story attached to it and all of the side characters. 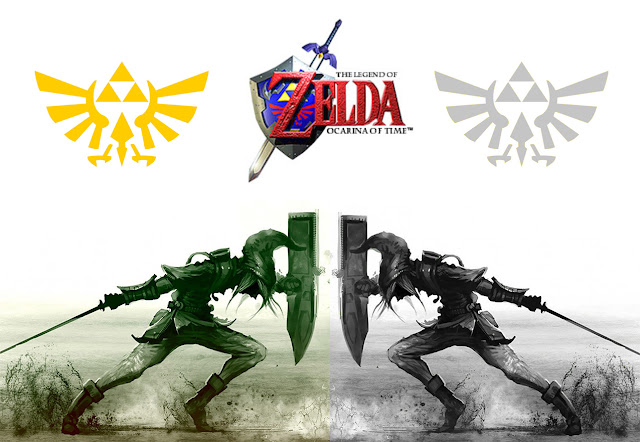 5.) My sister McKhayla convinced me to watch The Crown and I'm so glad I did! I appreciate Queen Elizabeth so much more as a monarch and a person after seeing this show. 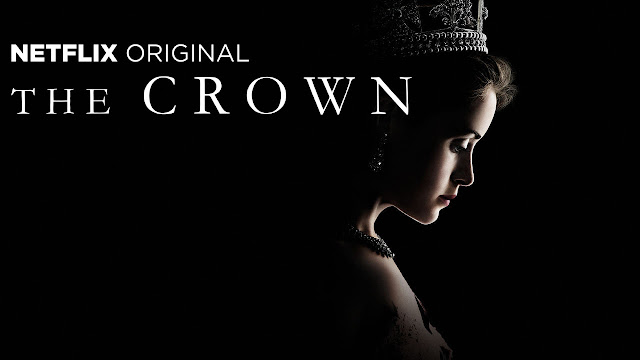 1.) I'm going to work on the Red Hood rewrites and try to squeeze in reading over Silhouette, but we'll see how much I can handle at one time.

2.) I don't really have any plans for next month other than work and maybe going to more parks. But I do have some news, I'm not attending Realm Makers this year after all. I've given it a lot of thought and I'm instead using the money I would be spending for RM to save up for the Iceland Writers Retreat. I really want to network with more international writers and I'm dying to go to Europe again, so I feel like this is the better decision for my career and my finances. I'm still nervous about coming up with all of the funds, but I feel good about this decision. I'm going to try applying for scholarships as well.

3.) I want to finish Harry Potter and the Prisoner of Azkaban then I want to read to read Green by Ted Dekker and Assassin's Blade by Sara J. Maas. 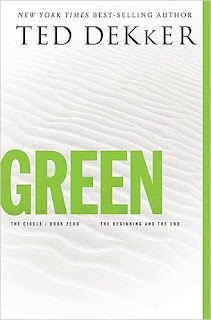 4.) I did a single drawing of Hole-In-The-Wall and I need to finish it. And I'd like to do another drawing but I'm not sure what. XD

5.) I should have some new pieces go up on Geekdom House, but I'm not totally sure ...

Goals for 2018
The Significance of Food in Stories
So Your Character is From Malaysia ... Featuring Anna @ A Tsp & Naadhira @ Legenbooksdary
A Book Review of Glass Sword by Victoria Aveyard
Writing Lessons from Movies: The Hunchback of Notre Dame
So Your Character is From The United Arab Emirates ... Featuring Nada @ Africanaah's Book Blog
Coming Soon to Wanderer's Pen ...

February 6  - So Your Character is From the West Coast United States ... Featuring Tatiana @ Write Owl - If you're writing a character from the west coast then this is a post you need to read!

February 10 - 3 Things to Note While Writing First Drafts to Make Editing Easier - These are some tricks I've learned while writing my books. I know this post is a bit late, but it could be good for Camp NaNo! 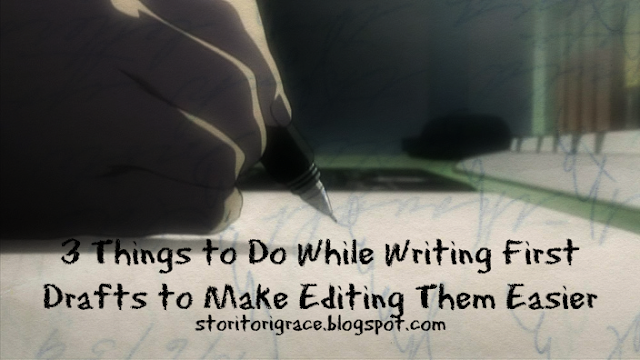 February 13 - So Your Character is From Alaska ... Featuring K.T. Munson @ Creating Worlds with Words - Have an Alaskan character? Check out this post!

February 16 - A Book Review of House of Dark Shadows by Robert Liparulo - Finally getting to this review. It's been a while haha.

February 17 -  So Your Character is From Another Country 50th Interview Celebration - I can't believe the blog has interviews from over 50 countries! This project has grown so much, so I'm doing a whole celebration about it with a giveaway! I also want to do an FAQ so if you have any questions about the project fill out the form below!

February  20 - So Your Character is From the Northeast United States ... Featuring Anna Haber @ The Story Scientist - Have a character from the northeast? Anna shares all about northeastern USA life!

February 23 - A Book Review of Winter by Marissa Meyer - I figure this is a good time of year to post this review. ;)

February 24 - Writing Lessons from Movies: the Greatest Showman - I loved this movie and I can't wait to share more about it!

February 27 - So Your Character Has Dyslexia ... Featuring Rachel Creech - Have a dyslexic character? Give this post a look! 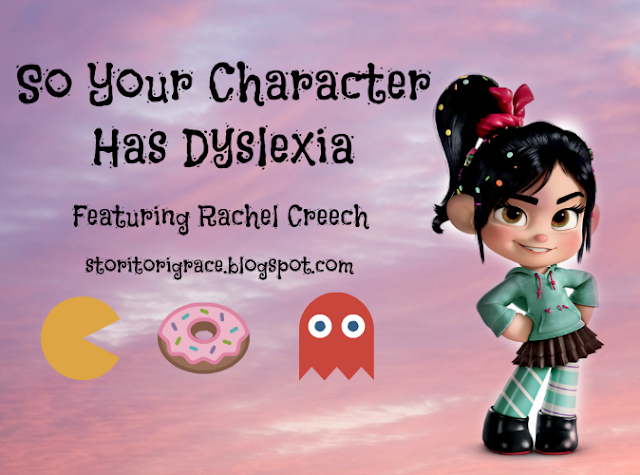 On April 1st, Red Hood will need betas! Check out the details below and if you're interested in betaing fill out the form! Critique will need to be back by June 1st!

Genre: YA Fantasy
Pages: 391 (Amount may grow or decrease slightly)

Back Cover Copy: For a half-century, Mor’s country has been plagued by giant werewolves sent from the north. Descended from a long line of Red Hood huntresses sworn to keep the half-mechanical beasts at bay, she is determined to become a legend like her mother and grandmother and kill all werewolves like they killed her father. But when a werewolf warns her of the imminent attack on her home, she is torn on whether or not to trust this beast's information.

That night her village is invaded and destroyed and her granny is slaughtered. The werewolf who warned her is captured and Mor's Mother tasks Mor and her two friends to deliver this anomaly werewolf to the Supreme Captainess of All Red Hoods to extract information from it that could tip the scales of the war. Now the four must travel across treacherous territory to accomplish their mission with a cunning assassin in pursuit that will stop at nothing to silence the werewolf.

I'm kinda glad January is over, but I'm looking forward to February and beyond!