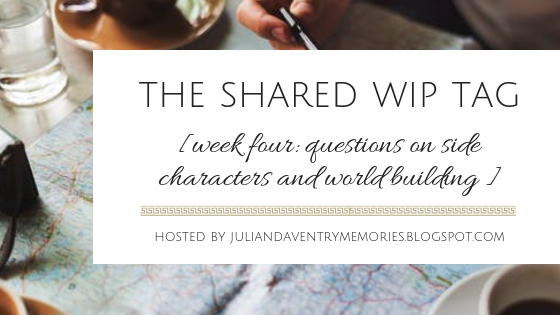 1.) List your SC’s, state one of their main hobbies, and tell us how they influence your MC in the story.

I'm taking Melissa's idea and talking about multiple main ones.

Dina: She loves sewing. Making pretty things for others is one of her favorite things in the world. She's Mor's best friend and a good friend of Claes's.

Sonne: She's and Isamaour whose main hobby I guess is participating in a rebellion against her government. She's a positive influence on Claes and she becomes a good friend of Mor's in Black Hood.

Einer: For the longest time he served someone and that was his hobby, but he is an Isamaour culture expert. The relationship is a bit of a spoiler. XD

Aska: She really likes cross-country skiing and she becomes a supportive friend of Claes's.

Chalmers: He loves tinkering in his shop and reading books. He is Mor's cousin.

Dina definitely for both Claes and Mor. They've known each other since childhood.

Dina: She's shy, but she tries her best to be friendly.

Aska: She prefers not talking to strangers so she'll just give short answers and hopes they'll stop talking to her.

Chalmers: He'll be really awkward and fumble over his world and ramble too much about his hobbies.


4.) What conflict do they add to the story (disagreeing with the MC, perhaps)?

Dina: Dina doesn't want to be a Red Hood (a werewolf huntress) and Mor's life is bent on becoming one.

Sonne: She is an Isamaour, a race Mor was taught to fear growing up, and it takes her a while to trust her.

Einer: He is Mor's enemy and an antagonist to Claes since he's jealous of him.

Aska: She's an enemy of Mor's.

Chalmers: He has a more peaceful way of doing things which sometimes conflicts with Mor's jumping first to conflict attitude.


5.) Would your MC die for any of them? What about vice versa?

Dina and Chalmers would definitely die for Mor and Mor would do the same.

Dina: It'd definitely focus more on her life that conflicts so much with what her society expects of her. They want her to be tough and she wants to be girly.

Sonne: It would focus on her backstory growing up in a war-torn country and her journey to becoming at peace with humans as a whole and joining the rebellion.

Einer: He has a long backstory about how he met Nzelt and came to his religious revelation, so a novella on that would be interesting.

Aska: She also has an intriguing backstory that could make a novella but it's spoilery. XD

Chalmers: A story about his family and how he got his facial scars could be really cool. 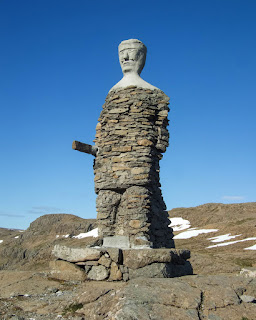 7.) What is your favorite part about the setting?

I love that I've been able to visit Canada which is where it's partly based on and I'll be visiting Iceland in April which is where the other part is based on! I didn't intend it originally to be based on Canada, but I've been there three times now and each time I just feel more and more inspired by the culture and scenery. It's such a perfect places to base a fantasy setting on and I've never heard of anyone doing it. 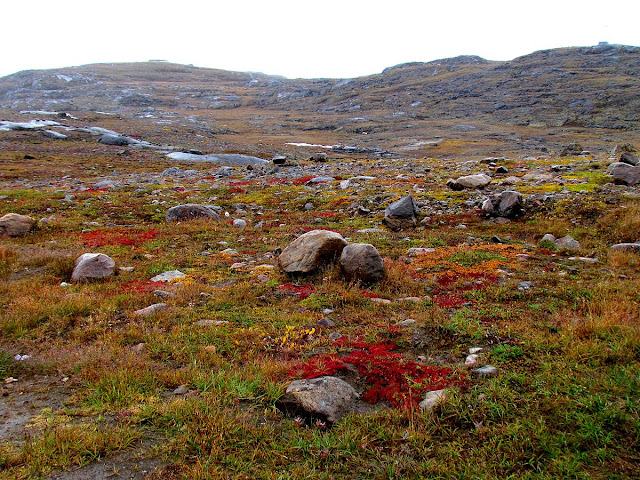 8.) What was the hardest part about coming up with the setting?

I've had to do a lot of research on the parts of the setting I haven't been able to experience, so that's been difficult but fun at the same time. I've had to look up about camping in winter and the Inuit and Icelandic languages. I've also done a lot of research on 1800s technology and dress and such. Some of the tech is more advanced cause steampunk, but it makes a fun world at least in my opinion. Another part of the world (well it's another world but you know story universe) is based on Arizona, which I'd really like to visit sometime but it's always fascinated me. There's some Navajo, Romanian, and Babylonian influence for that world. 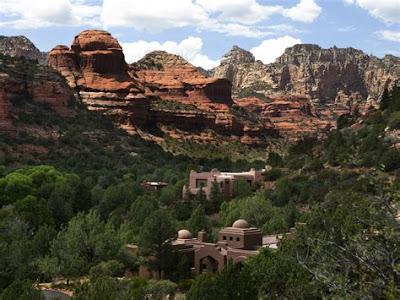 9.) Is there anything about the setting that produced a major change in your character throughout the story?

I can't say too much, but shrines have influenced my characters a lot. ;) 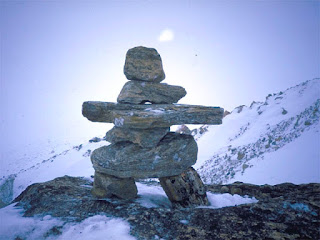 10.) Did you base your setting off of any place in particular?

When I went to Canada I was so enamored by Banff. From the Canadian Rockies to the hot springs to the frozen waterfalls in Johnston Canyon I knew I wanted to base a setting off there and it just so happens that had a book that would fit perfectly. Part of the setting is also based off of Athabasca Glacier which I've also traveled to.

Have you participated in this tag? What are some of your answers to these questions? Have you been to Canada? Let's chat!