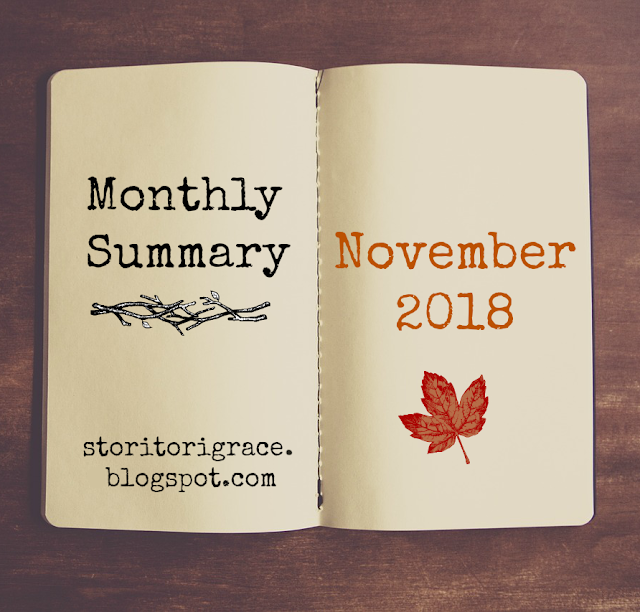 1.) I won NaNo! I managed to finish drafting Silver Hood and get a good part written of Black Hood. I'm really glad I was a NaNoRebel this year and decided to do both. I've also had some promising news in the publication world. Nothing concrete, but it's good to hear promising news. *crosses fingers*

2.) I took a nine-day vacation (the extra day was because I was sick) because my cousin’s wedding was the week before vacation and I needed a break so I went up to Tennessee to break up the trip and spend the night at my aunt’s house and I got to see some snow flurries! First snow I’ve seen in the States this cold season!

We stayed in a three-star hotel just two blocks from downtown and the wedding venue was in a historical building. I hadn’t been to Kentucky in years and never to Louisville so it was really fun to see family and explore a bit of the city. 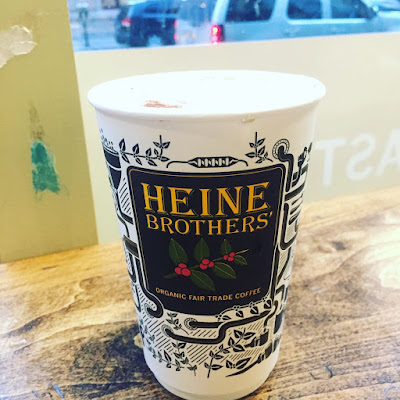 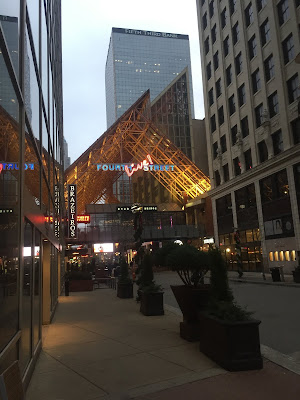 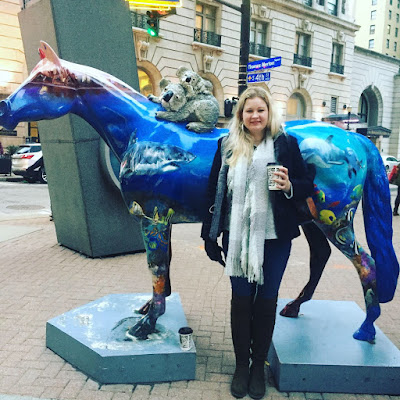 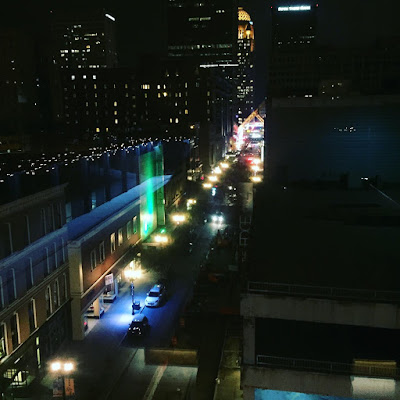 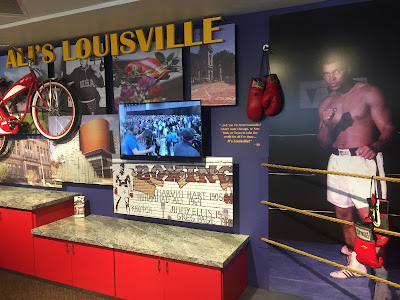 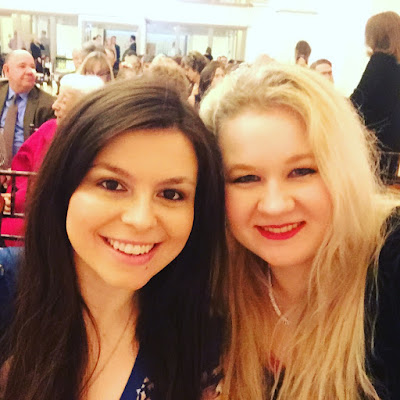 Unfortunately one of my cousins was sick and I caught her cold but that was not going to stop me from seeing the Chinese Lantern Festival. (Let’s do all the Chinese Festivals!) I’d already booked my tickets. All of the lanterns were handmade and so pretty! Though the entertainment was a bit lacking so much so that it’s worth sharing. 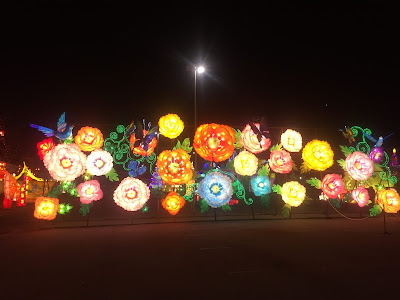 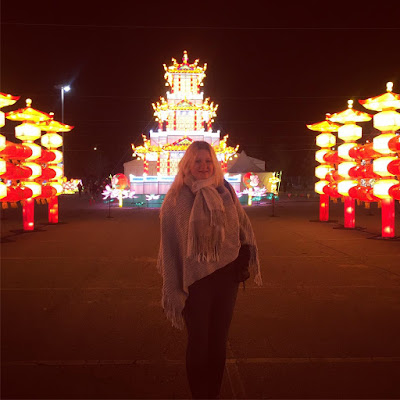 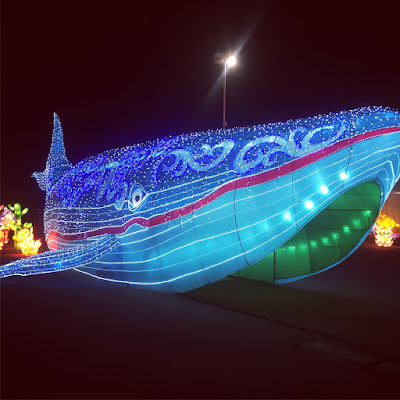 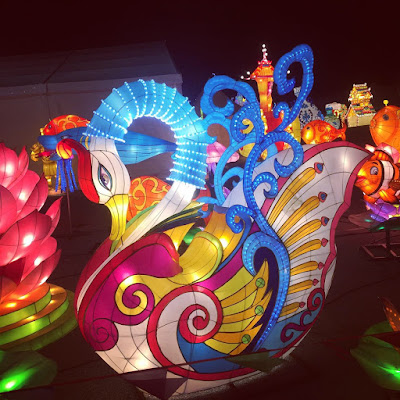 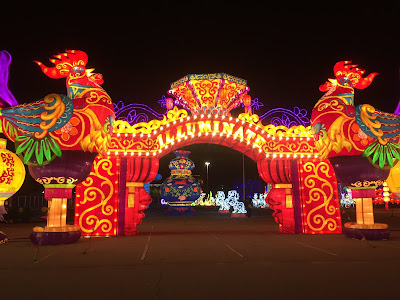 So the festival boasted some cultural dancing and music and my standards are pretty high after the Chinese Moon Festival I saw in September and listening to beautiful Asian music such as this piece by Hans Zimmer, so I was psyched to see more dancing and an ehru (my favorite Chinese instrument) played live.

Welp number one the entertainment started late. Okay, I can work with that. I did come on the first day of the festival. Then instead of Chinese music, the opening act was three thirteen-year-old boys doing hip hop. And I’m like ...

To make matters worse the person I came with wanted to sit in the front row and thus one of the thirteen-year-old boys started serenading me in a number about a hard to get girl. And I’m like no no no no no. Go away, little child. GO AWAY!

The teen trio eventually ended their set and next came the Chinese Performers. WOO HOO! What I came for! Well, the opening number was a lot of banging drums that were not in sync ... Then came some dancing which was the best part of the performance. It tried to Shazam the song because it was so pretty but I didn’t make it in time. Then came a guy with ... a harmonica.

And he played a number on the harmonica and I’m like, “This is not happening.”

Finally, the Chinese orchestra came and they played some okay tunes and then ended the performance with “Jingle Bells” and “Oh Suzanna” ... with the harmonica playing the lead. I walked out of that tent thinking, “What in the heck did I just experience?”

Other than that it was a fun festival and I got free tickets to go back since the acrobats weren’t there, so I’m all for round two! ... And no more harmonicas ...

Thanksgiving was quiet since I was sick my immediate family (which consists of my roommate and my cat) just spent it at home eating turkey and watching Avatar: The Last Airbender. No complaints here.

3.) I finished City of Ashes and enjoyed it. It made me chuckle in several parts. I definitely want to continue with the series.

4.) I didn’t do any drawings again. Le sigh. But you’ve all be super encouraging about it (thank you) and I’ve been inspired to do a new drawing when I get time. I’ve been busy sculpting presents for friends and family which I’ll show you after Christmas.

5.) No outside articles this month. Not enough time with NaNo. XD

1.) I’ve been watching RWBY Volume 6 and enjoying it! 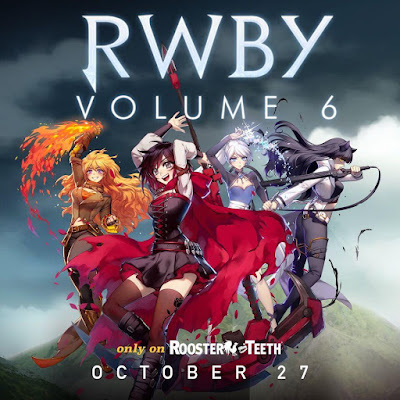 2.) I’ve also got into Voltron since I’ve been watching it while sculpting. Doing art is a good time to watch shows ... My favorite character is definitely Shiro. I’m currently in season three.

3.) Still stretching out Breath of the Wild. Just a few more quests and armor upgrades and then it will be time. I have to emotionally prepare myself.

4.) Skyrim is on the Switch now and it was one $30 on Cyber Monday and that’s with all of the DLC so I snagged it. This is the third time I’ve played this game but man it’s so fun ... Still a Kajiit though. KAJIIT FOREVER!

5.) Between all of the rain in November then getting sick I really didn’t play Pokémon GO that much this month. Sadness. But I did manage to get Shedinja, Lopunny, and finally Typhlosian! 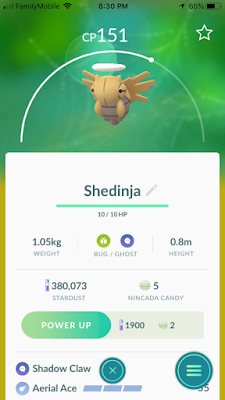 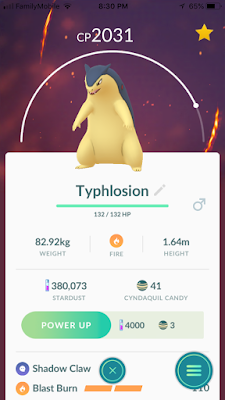 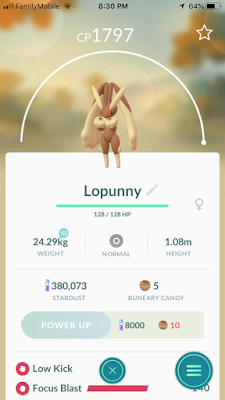 What I'm Going to Do:
1.) Since I’m not finished with drafting Black Hood I want to work on it more and try to finish it in December.

2.) Like I said I’ve got those Chinese Lantern Festival Tickets so I’m definitely going there again, I’m planning on seeing Crimes of Grindelwald, and I want to do a bunch of Christmas things like go to the open-air ice skating rink right next to my work and go to a local Walk Through Bethlehem then of course there’s actual Christmas.

3.) I’m trying to finally finish the Book of Mythicality so I can read the books I already have before getting new ones in the New Year. 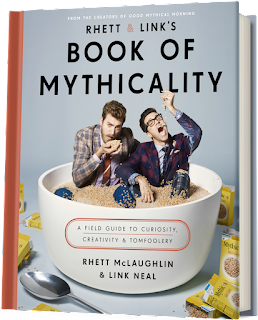 4.) I’m hoping to get a drawing of a character from Black Hood in.


5.) I have a piece I’m going to do for a webzine once I finish playing Final Fantasy XV which I need to start ... So many video games ...

December 7 - A Book Review of Mortal Engines by Phillip Reeve - I wanted to finish this book before seeing the movie and I did and I hope to see the film soon!

December 8 - Writing Lessons - I'm not sure what I'm doing it on yet, but I'll figure it out. XD

December 14 - A Book Review of Station Eleven by Emily St. John Mandel - I have a lot of mixed opinions about this book, but I'm excited to discuss!

December 18 - Hiatus - I'll be taking a hiatus until January 15th with the exception of the Yearly Summary!


Overall this month was a good month!


How was your month? What did you do? Are you looking forward to any of the upcoming posts? What are you watching or playing lately?