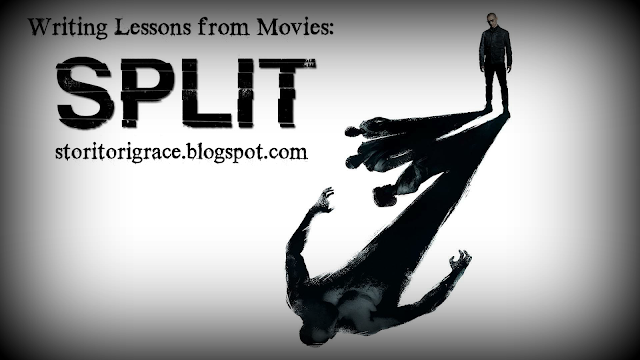 With Glass coming out last month, I finally decided to watch M. Night Shyamalan's superhero flicks Unbreakable and Split (I resisted watching them earlier because I'm still mad at him about ruining The Last Airbender). They're both excellent films with great twists, characters, and writing. I was particularly impressed with Split and not just because of James McAvoy's fantastic acting, but the excellent writing. It's kinda funny a few years ago I was pretty averse to horror, but I've found a certain brand that I enjoy and it's mostly because the writing is just fantastic. I'm just not crazy about horror with demons and excessive gore, but films like Split and A Quiet Place I'm really into.

Split is about a man named Kevin Crumb with Dissociative Identity Disorder and has created twenty-three different personalities. One of his personalities kidnaps three teenage girls and they try to escape before a terrifying twenty-fourth personality emerges.

Warning: Some spoilers but I'm trying to keep them to a minimum, especially the big twists.

1.) Mixing Psychology with Supernatural - The psychologist Dr. Karen believes that people with DID may be tapping into a part of their brains that grant them supernatural abilities and she finds out too late that she's right with Kevin. Because of his environment, Kevin creates a personality that can do superhuman feats but at a terrible price. Like in Unbreakable, throughout the film, you're unsure if Kevin is just someone who's just an anomaly or someone who somehow becomes more than human. It's a really interesting take on a supervillain-like character.

How this can be applied to writing: It's a really interesting origin story that out of a mental illness bloomed supernatural powers. Mixing the two areas made for a unique tone that makes superpowers feel more realistic in a way.

2.) Small Pieces of Backstory Given Out of Order - You're never given the full story of why Kevin is the way he is in a long sequence of exposition. Instead, you have to put together what happened over the bits of dialogue given by the characters. You feel very much alongside Casey as she tries to unravel the mystery of her captor as she finds out why Kevin has so many personalities, how these personalities took control, and how this twenty-fourth personality was formed from his current environment much like his others.

How this can be applied to writing: This is a really tricky technique because there's always the chance that the reader/viewer won't be able to piece it all together, but when you pull it off it's really rewarding for the viewer/reader and calls for second reads/watches to make sure you absorbed it all. Hence why I've watched this movie twice in a week and I want to watch it again. XD 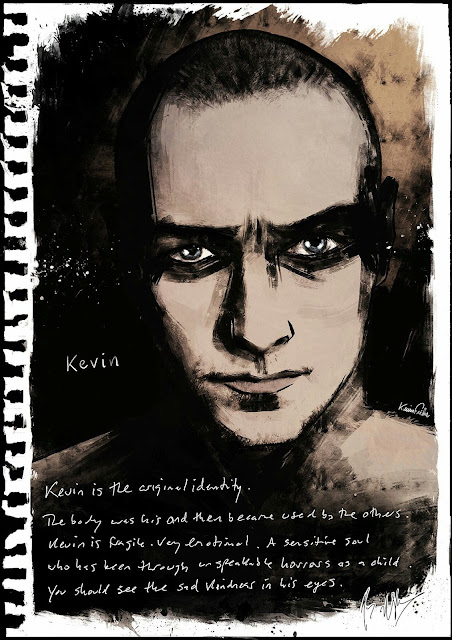 3.) A Phrase Said by Two People but with Starkly Different Intent - Kevin's positive influence in his life is his psychiatrist. She does her best to understand him, be there for him, and support him in his struggles. She tells him that he isn't a mistake to encourage him to try to live a normal life while functioning with such an anomaly of mental illness.

I personally believe the Beast absorb part of Dr. Karen's words, but he believes that because the Horde (Kevin's combined personalities) aren't a mistake and that means they're better than others. The Beast has a self-righteous idea that they're above others and are meant to weed out the impure.

How this can be applied to writing: Both of these people tout the phrase, "You're not a mistake," but they have completely different intent behind it. It shows how one phrase either bad or good can be misunderstood and turned around and have very different effects. 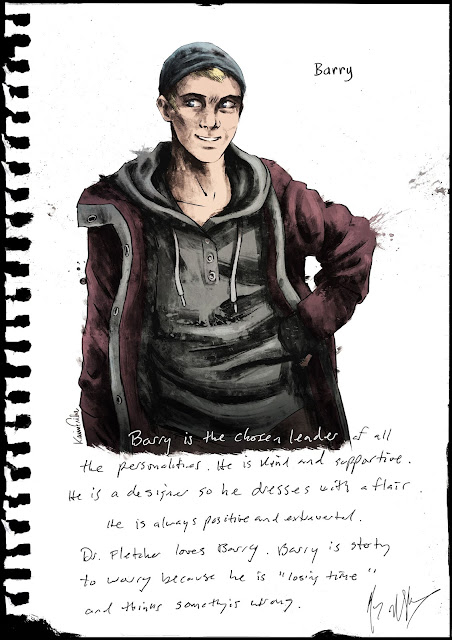 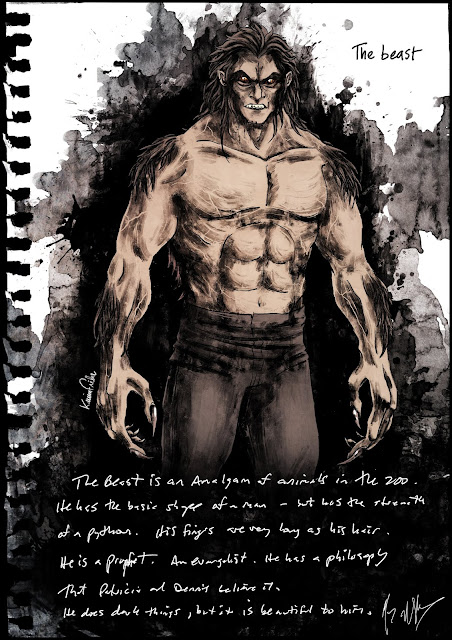 4.) Slowly Revealing a Location - For most of the movie you have no idea where Casey and the other two girls are trapped. The dialogue between Kevin and Dr. Karen is carefully crafted as to not reveal where he lives. When the girls attempt to escape and get lost in the underground maze of rooms you're wondering where in the world the place is. But the picture slowly zooms out with the most information you're given until finally, you find out where they are and it explains why no one heard them scream for help, why it was so maze-like, and why there was a walkie-talkie.

How this can be applied to writing: If your character is trapped in an unknown location think of what clues can be given to reveal slowly where they are. Could their location be part of the whole mystery? 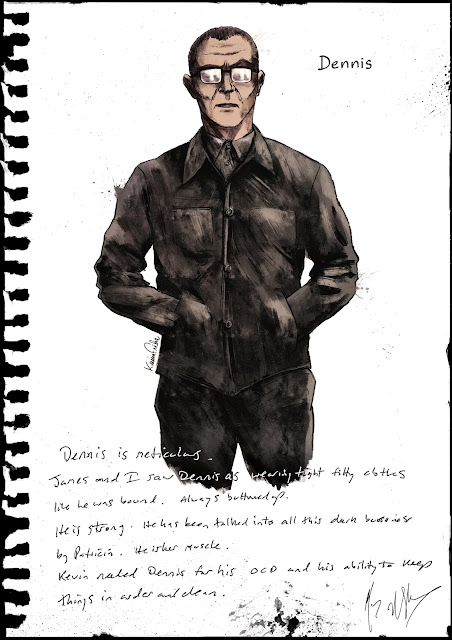 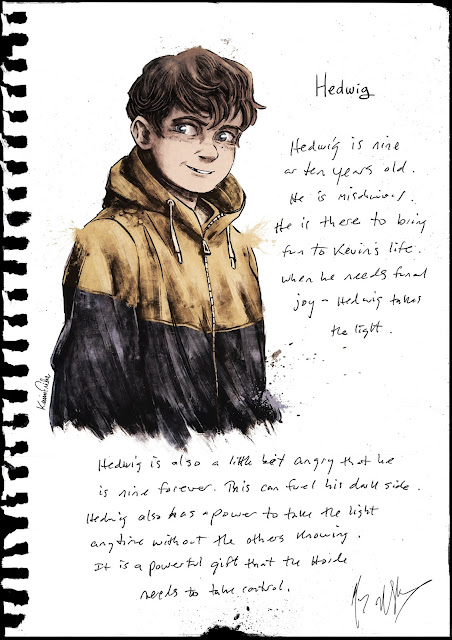 5.) Backstory Tying into the Main Plot - Throughout the movie, we get tidbits of Casey Cook's (one of the kidnapped girls) backstory. All of it seems seemingly irrelevant until close to the end where the regret she has most saves her. I also love how her experience with Kevin gives her the strength to overcome a burden she's had in her life since she was a little girl. It's very powerful.

How this can be applied to writing: It seems like often backstory can be revealed in a story and though it helps you understand the character more it doesn't directly work into the story. Weaving backstory so it braids with the plot, is such an amazing technique that makes it all so much more satisfying. 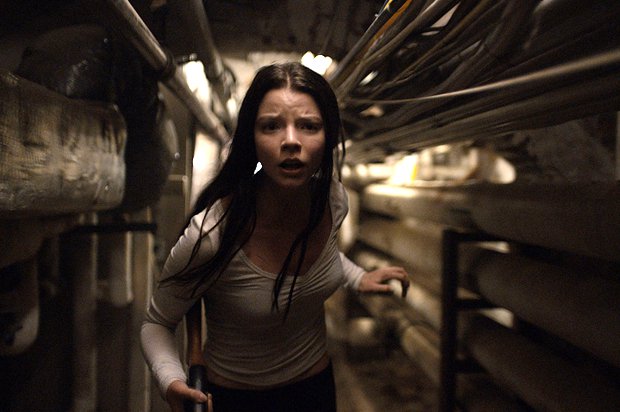 Conclusion - Director M. Night Shyamalan has a lot of hits and a lot of misses, but when he hits he really has some admirable writing techniques.