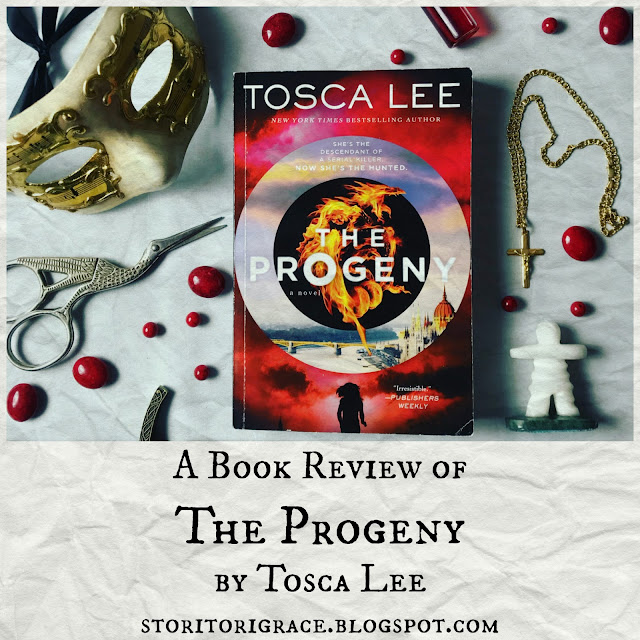 
The Plot: There are so many twists and turns in this plot. Once you think you know something another twist comes diving in. It's definitely a thriller. There's a ton of fast-paced action and tension. The beginning is very mysterious, the inciting incident comes very quickly, and the ending has a definite mindblowing twist. I also like how Lee brought in a ticking time bomb element with the fact that with technology advancing it’s harder for Progeny to keep hiding. Also the plot is very personal for the main character so she can’t run away from this no matter how much she wants to.

The Characters: Emily/Audra is an interesting protagonist. She's had her memory erased so she slowly has to formulate who she is/was throughout the book. Other people know her better than she knows herself which is a really perplexing concept. At times, Audra is afraid of who she was when she finds clues and tidbits about her past and she lives in constant fear of being found or worse her loved ones being found. I love how naturally Tosca writes her interior monologue since this is first-person present tense. The way she thinks and talks is really natural for an early twenties woman. The dialogue is just great for all the characters for that matter. They just seem like real genuine people.


"My name is Audra Ellison. I am twenty-one years old. And I am prepared, once again, to protect those I love ...Whoever they are."

I really like Audra’s love interest Luka and Claudia is a fun character too. The villains of the book are definitely frightening. You don’t know when they’re going to show up and do something horrible.

Also, this is so painful but true and it made me laugh:

"If you speak three languages, you're trilingual. Two you're bilingual. One ... you're American."

The Setting: There's a brief period where the book is set in Maine and the United States Midwest, but most of the book takes place in Eastern Europe which is a really fun and unusual setting. I've always wanted to explore more of that part of the world even if it's just through a book. I loved seeing lots about Croatia and Poland and ancient churches and monks! Then there's the Progeny/Utod world which is a whole other story where people have supernatural powers that can persuade people to do their wishes or take memories from the dying. It's very unique.

There are also a couple Easter eggs. I’m not sure if Lee intended this but there is a character named Madge who owns a fly shop like Madge from the Hunger Games. There was a definite intentional Easter egg with Steven James’ books mentioned when someone is reading one on a flight haha.

Epic Things: This wasn’t epic per se but it was really sweet. At one point Audra invites a younger girl character who just had a great loss to sleep in her bed so she wouldn’t be alone. I thought that was really precious. I also really liked when Audra threw her mask onto a camera during a time at court. That will make zero sense to people who haven't read this, but those who have you know what I'm talking about haha. I also liked the crazy convention costumes for Progeny Court.

The Theme: Trust is a big theme. Audra doesn’t know who to trust or not since she is being hunted. She comes to learn who her true friends are and to trust them unconditionally. Forgiveness is another one.


"Forgiveness is enough, or it isn't."~Claudia

Content Cautions: This is a thriller so there is death and violence because the characters are being hunted by assassins. Several people are killed though mostly off-screen, some drowned, shot, or beaten to death. Some of the ways that the Blood Countess tortured and murdered hundreds of girls is mentioned. A guy is beaten bloody. There is also an off-screen sex scene. The only swearing is a** is used twice and the main character says bi***inesss.

Realistic Reactions - Audra goes through a lot of crazy intense scenes where she deals with extreme shock, pressure, and sorrow. I felt like her physical reactions were truly genuine and how I'd react in those same situations.


How this can be applied to writing: I feel like there's a fine line of a character not acting realistically to a situation enough or over-acting. When writing extremely emotional themes try to really put yourself in that situation and even relate it to past experiences.

Conclusion: I really enjoyed this book and I can’t wait to read the sequel! 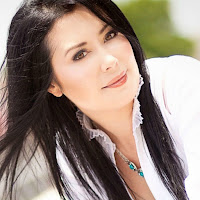 About the Author: Tosca Lee is the award-winning, New York Times bestselling author of eleven novels including A SINGLE LIGHT, THE LINE BETWEEN, THE PROGENY, THE LEGEND OF SHEBA, ISCARIOT, and the Books of Mortals series with New York Times bestseller Ted Dekker. Her work has been translated into seventeen languages and been optioned for TV and film. A notorious night-owl, she loves movies, playing football with her kids, and sending cheesy texts to her husband.