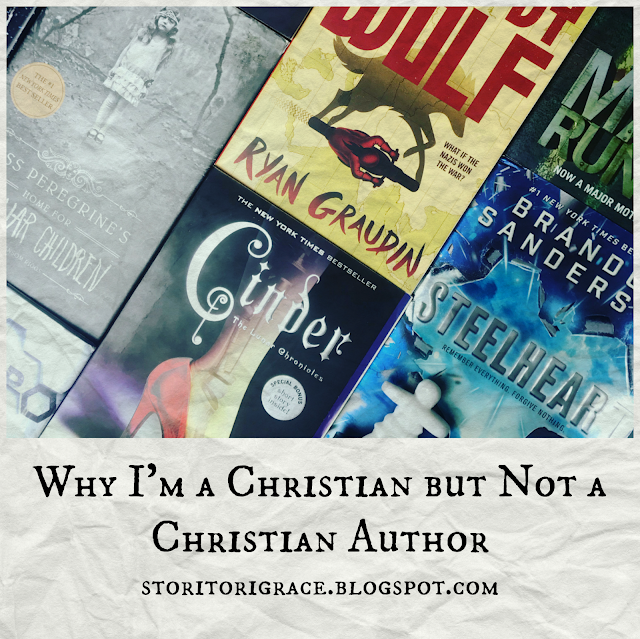 I’m a Christian but I want to break into the mainstream publishing industry. As of right now, that hasn’t happened but I want to shoot for the stars and see how close I get. Honestly, I feel like I’m in this awkward middle in my publishing views like I don’t quite fit into either but ultimately ABA (American Book Association) publishing won out.

When I first started learning about the publishing industry when I was sixteen I didn’t know jack about the business side of writing. I attended a Baptist conference in Florida where I was at least thirty years younger than 75% of the attendees and staff and all of them wanted to publish romance, memoirs, or devotionals so everyone there would for sure publish in CBA (Christian Book Association). Over the six years, I attended that conference I met with more speculative fiction publishers. Some required a heavier Christian influence to submitted manuscripts While others okay with a subtler religious message. My books just don’t have overt Christian messages and though I tried going with some of the more nuanced Christian publishers I also realized they don’t have enough reach as I want and I’m not sure if I want to be branded as a Christian author.

Christian media has given itself a bad reputation. Like 80% of modern Christian media is very cheesy. I’ve ranted about this extensively. I don’t really want to be looped into that and limiting my audience so much. Books with the Christian label even if they’re about dragons with subtle themes will be put in the inspirational section in the book store and most teens won’t go there to find a cool new book to read.

On the other hand, I’m nervous about going into the mainstream publishing industry not so much because of the competition but because I feel like I have to publicly walk on eggshells. I don’t want to be the next author to have a story blasted all over the news and social media about how they wrote a character the wrong way or tweeted something controversial. I take a lot of care to be politically neutral and I’ve even gone back and edited old posts to make sure nothing I said ten years ago when I was in my teenage years and kinda dumb can be dug up. I grew up in a much less sensitive world and modern cancel culture is tough to navigate around. I’m nervous to even express my full views of it here because I don’t want to get canceled because of this post. 😂

I just want to write good stories that reach a lot of people. That can help a reader escape from life for a bit and take a journey with my characters. I don’t want to push my ideals on other people whether those be religious or political. I want to write my heart and the reader decide how they want to interpret the story. And I don’t want just Christians to read them because that’s restricting myself to watch rapidly shrinking audience.

I’m encouraged by more conservative successful writers like C.J. Redwine, Neil Shusterman, Brent Weeks, and Orson Scott Card that I can indeed do this. I can be successful in the secular publishing world and still hold onto my religious beliefs even if I have to be more private about them then I’d like. To met it’s worth it so my characters can hopefully shine into more readers’ lives.


Do you want to publish in ABA or CBA? Have you struggled with which publishing association you're going to go with? Has the publishing business challenged you morally?

You may also like:
The Laments and Revelations of a Christian Geek Writer
On This Age of NostalgiaMy Rant About Loki: Why I’m Morally Against What He’s Become in the Fandom
On Putting a Cap on Your Creativity
On When Books Are Made Into Movies