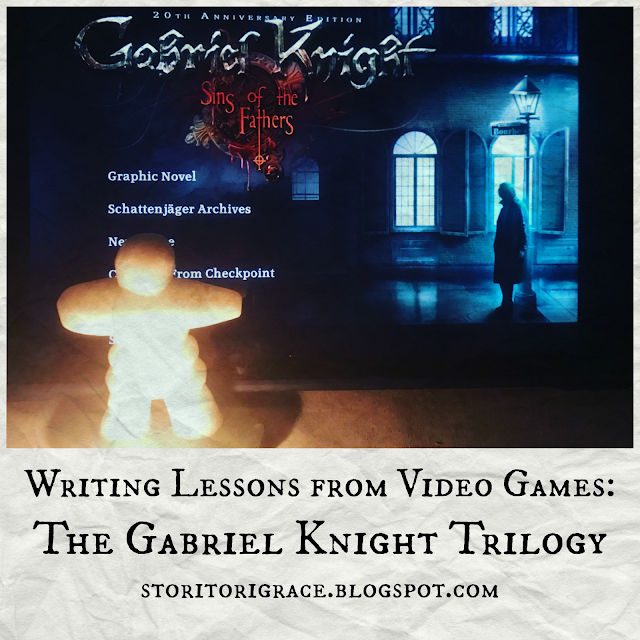 1.) If a Plot is Strong Enough It Can Make Up for A Weak Main Character - Not far into the game, I just really didn't care for Gabriel. He's lewd, lazy, and can be a real jerk to just about everyone, and has zero character arc. I don't see why he has a lot of fans, but man, are the plots of his first two games good. I could easily insert myself as the main character instead of Gabriel and enjoy the story. The twists and turns were just so good that I had to know what was going to happen.
How this can be applied to writing: In an ideal story the main character should be just as dimensional as the plot, but there are rare exceptions where the plot can carry the story.

2.) Fiction Based on Gaps or Mysterious Events in History - In the second game, The Beast Within, takes place in Germany and focuses on the historical events surrounding the last king of Bavaria, who was overthrown and arrested on account of madness. The game goes into why he went mad and attributes it to supernatural reasons.
How this can be applied to writing: I personally really like this kind of storytelling. I love the Doctor Who episode with Agatha Christie explaining why she disappeared or that Charles Dickens saw aliens that inspired A Christmas Carol, Magaret Peterson Haddix wrote the Missing series which focuses on prominent children who died or went missing, and then there's Anastasia that focused on, at the time, the mysterious disappearance of Anastasia Romanov. History is fun to play with in fiction. 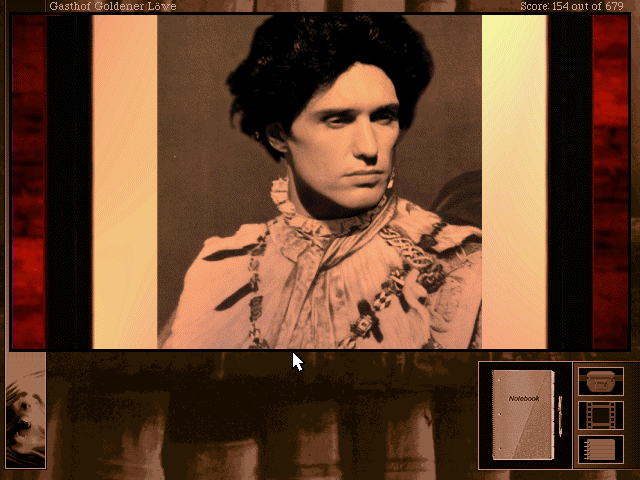 3.) The Dangers of Pseudohistory - This is what I didn't like about this trilogy. The third Gabriel Knight game called Blood of the Sacred, Blood of the Damned went too far in its creative license. It dabbled in pseudohistory which means "form of pseudoscholarship that attempts to distort or misrepresent the historical record, often using methods resembling those used in legitimate historical research." Instead of taking its main plotline from true historical events like in the previous games, it took it from a pseudohistorical theory called the Holy Bloodline that, as a Christian, was honestly very offensive and blasphemous.
How this can be applied to writing: When researching historical novels take care that history comes from a legitimate source and be especially careful when writing about religions. The DaVinci Code is another example that even used this same theory to create a story, but promulgating a very heretical theory is just insulting to anyone who's a part of the religion. 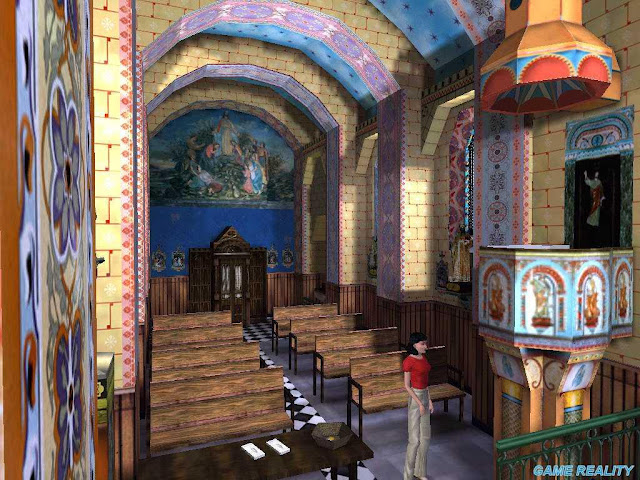 4.) A Secondary Character More Likeable Than the Main - In the second and third games, you can play as Grace Nakimura, Gabriel's assistant. I really enjoyed playing as her in the second game since I found her far more relatable. She's logical, loves research, intelligent, and loves other cultures. Though Gabriel had the more exciting plotline, I feel like Grace was the hero in that game.
How this can be applied to writing: This is a common pitfall. Often a secondary character can just be more interesting than the main. Sometimes that's okay like some could say Zuko in Avatar: The Last Airbender is more interesting than Aang, but other times it can create a strong disconnect between the reader/viewer/player and the story. When writing a book, a good question to ask yourself is, why is this my main character? Because sometimes someone else is better suited for the job. 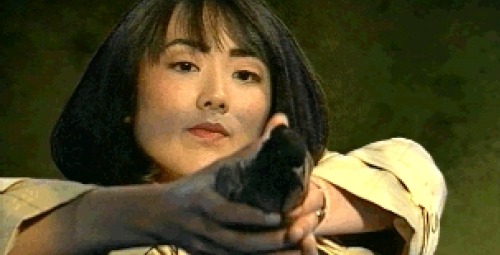 5.) Loneliness is a Powerful Motivator - Von Glower wants to create more werewolves because he's incredibly lonely. He's lived hundreds of years alone with a secret he can't tell anyone. He wanted Gabriel to join him so he'd have a companion at last.
How this can be applied to writing: People will do a lot of things so they don't feel lonely. They'll seek unhealthy friendships and romances. They'll act out just so people will notice them like Naruto. More unstable people will even force others to be friends with them like Von Glower or like Nora Dershlit did to Carly and the gang in iCarly. 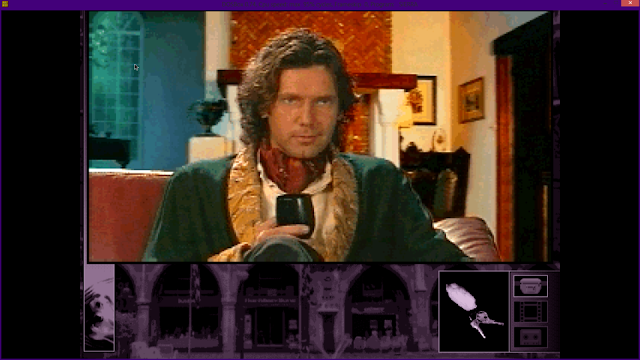