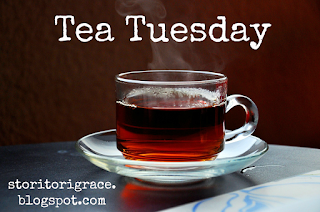 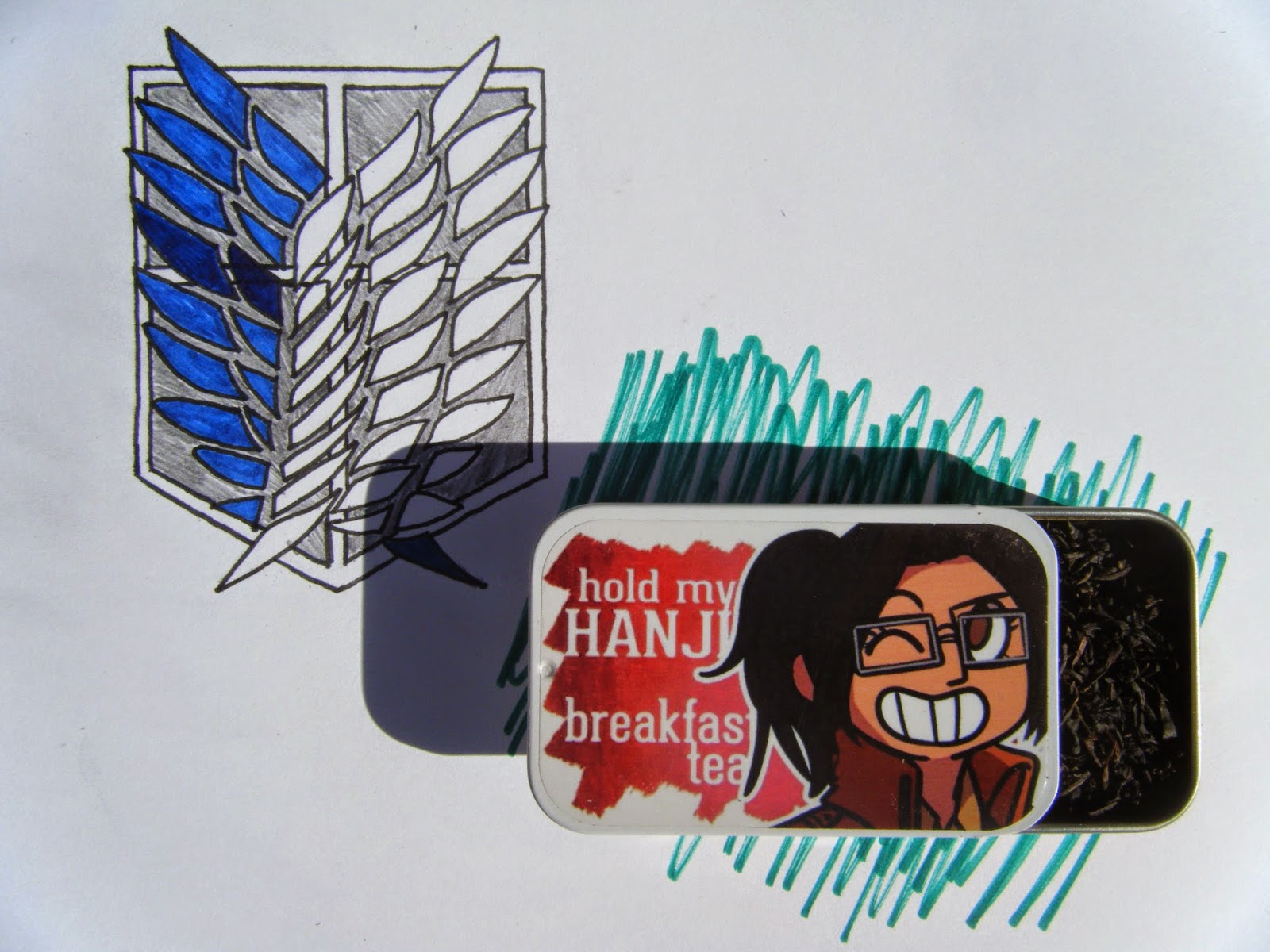 How I found it: I'm back with another fandom set from Adagio Teas. I've had my eye on this one for a while and I'm so excited I finally got it. This is the Attack on Titan set which includes Erin Jeager, Mikasa Ackermen, Armin Alert, Sasha Blouse, Levi Rivaille, and Zoe Hange blends. Attack on Titan is one of my favorite animes and I'm so excited to finally try the teas!
This is the same site I bought the Avengers set, Sherlock set, Tolkien set, Avatar: the Last Airbender set, and Doctor Who set from!

The Tea: This is the last tea of the Attack on Titan sample set, and I believe this tea is very fitting for Hanji. I just finished watching the second half of the English dub of Attack on Titan. All those feels bubbled up again like I just watched it. And I was reminded how much I love Hanji.

She's so eccentric but fun. The Irish Breakfast tea relates to her serious scientific side, the vanilla her sympathetic for both the survey corps and even the titans, and the caramel alludes to her nutty and hyper said. She's so enthusiastic about anything Titan. I could definitely see her drinking this tea while pulling an all-nighter.

Serving Recommendations: I steeped this tea for four minutes and added sugar, cream, and cinnamon.

How much is it and where can you get it? You can find this tea at the Adagio website. I bought this tea in a sample set which was about $22 including shipping and you get a goodly amount of tea since you only need about a teaspoon per cup. Some of these teas you can buy individually for about $10 a pouch.

So how good is it? Though the tea was fitting and tasty, the flavors didn't really stand out to me. Three stars!

Have you tried this tea? What did you think of it? Have you seen Attack on Titan? Who's your favorite character?

This is the end of the Attack on Titan blend sampler set, but not to fear. The next set of teas are: