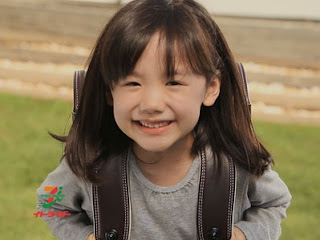 This month's call for questions for a character interview is here! This month I'm interviewing a side character named Ashlyn from my science-fiction series, Subsapien. She's never had an interview on the blog and last month's guest post about mutism really inspired me, since Ashlyn can't speak. Let me tell you a bit about her!

Ashlyn is a seven-year-old chameleon Subsapien living in a laboratory in the Dome Webs. She has the ability to blend into her surroundings, move her eyes independently, and she has a prehensile tail and a tongue that can stretch as long as her body, but because of her chameleon tongue she can't speak.

A gorilla grafting named Emil has taken her under his wing and kept her safe from bigger scarier graftings and has tried in vain to keep her out of trouble. Ashlyn is a mischievous child who loves to prank and steal. She keeps a collection of things down her full body unitard in a rat's nest. When she has free time, she likes to cobble together useless things such as plastic spoons and rubber bands into toys.

Ashlyn communicates through a made-up sign language she uses with Emil and a few other graftings, but not being able to speak is frustrating to her at times, because she's a little girl who has a lot to say. She hopes one day to leave the L.G.R. and live with Emil and learn how to write, so she can better express what's on her mind.

Leave your questions in the comments or in the form if you'd wish to remain anonymous or if you're having trouble with the comments and Ashlyn will answer them on June 24th! Thank you! Also are you interested in betaing the first book of Ashlyn's series? Let me know in the comments!
Posted by Victoria Grace Howell at 1:00:00 PM