A Book Review of Library of Souls by Ransom Riggs


A boy with extraordinary powers. An army of deadly monsters. An epic battle for the future of peculiardom.

The adventure that began with Miss Peregrine’s Home for Peculiar Children and continued in Hollow City comes to a thrilling conclusion with Library of Souls. As the story opens, sixteen-year-old Jacob discovers a powerful new ability, and soon he’s diving through history to rescue his peculiar companions from a heavily guarded fortress. Accompanying Jacob on his journey are Emma Bloom, a girl with fire at her fingertips, and Addison MacHenry, a dog with a nose for sniffing out lost children.

They’ll travel from modern-day London to the labyrinthine alleys of Devil’s Acre, the most wretched slum in all of Victorian England. It’s a place where the fate of peculiar children everywhere will be decided once and for all. Like its predecessors, Library of Souls blends thrilling fantasy with never-before-published vintage photography to create a one-of-a-kind reading experience.

This is the last book of the Miss Peregrine's Home for Peculiar Children series. It was bittersweet reading it. I haven't fallen this in love with a series since the Hunger Games, and it makes me happy and sad to be reading the conclusion to Miss Peregrine's, Jacob's, and Emma's tale. Many times the last book of a series can be the worst of the series, but I can tell you right now, Library of Souls didn't disappoint.


The Plot: The plots for each of the Miss Peregrine's books are all so unique and different. Each book stands out from the other and Library of Souls is no different. Instead of the large main cast like we had in Hollow City, the book focuses primarily on Jacob, Emma, and Addison as they strive to save their friends from the evil wights. The plot is much darker than the rest because the characters delve into the heart of evil in Peculiardom. Characters struggle with compromising their values to make things easier. This is definitely the darkest of the trilogy, but the plot is very intense with big twists and turns and held me till the end.

The Characters: Jacob is amazing as always. I love his humanity and honesty as a character. I love how he struggles with so many real issues and he really makes you believe in the ordinary hero. I love how much he's grown throughout the series. I love how he stays consistent with his character. He's amazing. I love his his romance with Emma and I love how their relationship endures and is a healthy one. Emma is fantastic as well. She's passionate with good leadership qualities and strong. They're such great main characters.

Many of the old cast return such as Miss Peregrine and her children, but we get a lot of new faces too such as Bentham, Nim, and Sharon. Nim made me laugh on several occasions. He's just so awkward. XD Caul is a great bad guy. He's crazy and weird and just plain diabolical.

The Setting: The setting is also very dark since it's in the worst part of Peculiardom called Devil's Acre. It's impoverished, lawless, filthy and where the baddest peculiars live. Most of the book takes place there, though we get brief periods in Florida, London, Central America, and even Siberia. Devil's Acre is very well developed but quite a horrible place. Many people sell an appalling drug called ambrosia and there's parrots that blow up. Yes, parrots that are bombs.

Epic Things: Ransom Riggs must be a nerd at heart because he had the characters go through a convention in London and he made a very obvious Lord of the Rings reference. Those made me smile. Also how Jacob's powers develop is pretty epic. I'm not going to spoil it for you, but it's epic.

The Theme: On multiple occasions Jacob is tempted to compromise his values for a swifter easier way to reach his goals, especially when he finds out ambrosia is an ability enhancing drug. One of my favorite parts of the book is when Jacob almost takes it but Miss Peregrine tells him he doesn't need it--and he didn't.

Content Cautions: There is a bit violence in this book, along with brief kissing, and some creepy stuff going on in the wight labs. Some peculiars also are drug addicts with a special ability enhancing drug, and other peculiars are sold for their abilities basically abilities trafficking. One of the pictures gave me chills. Like the other book there is some swearing. I counted fourteen usages of d***, twelve usages of h***, five usages of ba*****, and one usage of a**.

1.) Characters Who Actually Get Tired and Hungry -  Jacob often mentions that he hasn't gotten much sleep or that he should probably eat something more substantial. He sometimes gets so tired he starts nodding off. I thought this was such a real and human thing authors often neglect in novels.

How this can be applied to writing: Characters are human too. They need to eat, sleep, and use the bathroom just like everyone else. Don't forget to mention this!

2.) An Actual Good Relationship That Endures - Slight spoilers, but I love how Jacob and Emma's relationship endures. They don't do the "I'm breaking up in the sequel" thing that irritates the potatoes out of me. Yes, they fight. Yes, they have problems. But like a healthy couple they work through them and let them strengthen their relationship. They're one of my favorite literary couples to date because of this.

How this can be applied to writing: Can we have more stable relationships in YA please? (See full rant about this on Saturday)

3.) Reminding of Features - Sharon is seven feet tall, and Jacob sustains a lot of wounds. In all the goings on it's easy to forget details like this, but Riggs took care to insert just a sentence or a few words to remind us about these things, so we still keep a good picture in our minds.

How this can be applied to writing: Remember to remind your readers of wounds and other types of physical description. After ten or more pages your reader can tend to forget details. Insert some reminders once in a while.

Conclusion: This book was the perfect conclusion to this series. The ending is just wonderful. It blew me away. Love it. I hope the movies do this series justice. Five stars! 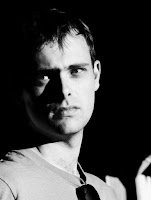 Check out my review for Miss Peregrine's Home for Peculiar Children and Hollow City!


If you liked this post, come back every other Tuesday for book reviews; Friday for tags, character interviews, and link-ups; Saturdays for writing advice and life updates; and Sundays for the Writerly Bundle which includes a new soundtrack piece, vocabulary word, and tea review!