So Your Character is From Slovakia ... Featuring Simona @ Girl with Cloudy Head 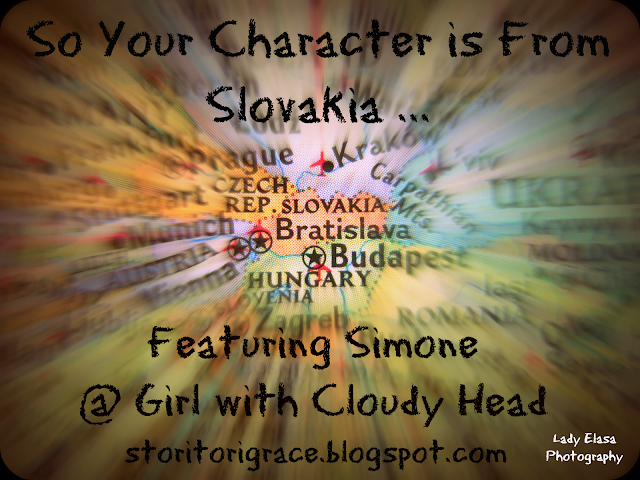 It's time for this month's So Your Character is From Another Country! This is a monthly or bimonthly segment where I interview lovely volunteers from around the world to give you a firsthand account of being a citizen of their respective country. I'm hoping to encourage international diversity, break stereotypes, and give writers a crash course on how to write a character from these different places on our planet. If you haven't checked out last week's So Your Character is From China ... be sure to hop on over there and give it a read!

This has to be the country I'm least familiar out of these posts so far. Before reading this post I knew next to nothing about Slovakia, only that it's a country in Eastern Europe. I know so much more after reading this post! 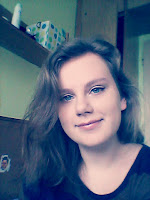 Hi, my name is Simona and I’m from a little country in the heart of Europe called Slovakia. I’m a student of the Slovak language and literature and the English language and literature in Bratislava. I’m obsessive reader who loves adventures, especially those in books while I’m safely tucked under my blanket. My biggest passion is writing because it seems that I have trouble finding really good friends in real life, so instead I create them myself. What else? I love yoga, meditation and food. Who doesn’t love food?
Blog//Twitter//Instagram//Pinterest

What do you feel is unique to your country? Landmarks? Celebrations?
Slovakia has unique traditions. We celebrate Christmas but we don’t have Santa Claus but Jesus Christ. He’s the one who brings the gifts. Also, Easter is celebrated very differently than in other countries. We don’t look for Easter eggs. Oh no. We, especially women, have “way more fun” on Easter Monday.

On this day, men take whips from twigs, water, and perfume. At first they whip us then they pour the water over us and at last they scent us with the perfume. The reason is for us women to be healthy and beautiful for the rest of the year. Yeah, being thrown into a cold river in March doesn’t sound healthy. Some men are gentler, some are brutal. And for that we have to give them money or an Easter egg so it’s totally unfair.

Tell me about your country's environment. What are some of your favorite places?
My hometown is in the north of Slovakia, and it’s called Žilina. It is surrounded by hills and mountains so Slovakia has mountainous parts in the north but also plain parts in the south. The biggest range of mountains is called High Tatra and it’s simply beautiful. I love it there because it’s so peaceful and the hikes are amazing.

Another thing I love to visit are old villages, especially open-air museums where you can see how our nation lived in the past. The best known is Čičmany and the houses there are simply beautiful. But it’s not just about the cottages, it’s about the atmosphere.


Tell me about your country's food. What are some of your favorite dishes?
Oh, Slovak food has specific flavor and I’ve met more negative than positive opinions from foreigners. We have bryndza cheese that is a little bit salty, smoked sheep’s cheese which is amazing! Our best known dish is called halushki with bryndza. They are gnocci with the bryndza cheese and it’s delicious, I could eat it every day but it has distinctive taste. Another interesting food is boiled sheep whey but I must say I haven’t had the courage to taste it yet. Most of our cuisine comes from chalets because they were quite common in the past. You can still visit some of them now, but they are rarer.


Tell me about any different speech patterns in your country. Slang? Idioms? Words for things such as “biscuits” instead of “cookies”?
It’s hard to tell because the Slovak language is so different from English. But just like English has a schwa which we don’t have, the Slovak language has consonants such as š (pronounced as sh in sheep), ľ, č (pronounced as ch in watch), ť, ž, ň. Long vowels are heard in speech but also seen in written language because we have letters such as á, í, é, ó, ú and even ô which I don’t know how to explain. You have to hear it.


Describe briefly a regular day in your country.
Well, everybody’s day is different, so I’m going to describe mine. My classes start usually at around 11:00 so I have time for a morning cup of tea and a small breakfast because without it, I would be useless. In Slovakia, we don’t eat big breakfast, usually it is cereals or a bread with a ham… something simple. I prefer oatmeal because it’s amazing. My classes end usually around 16:00 and then I either have tutoring lessons with kids which are amazing way of relaxation or I go out with friends. Most days I end up on campus preparing for the next day and then later in the evening I hang out with my roommate. 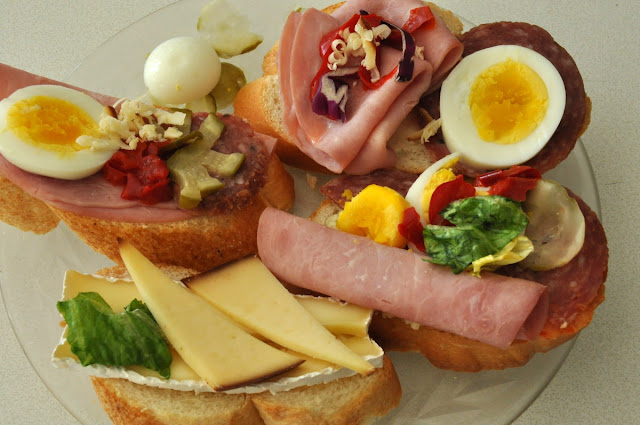 How does your country compare to others, especially the States since my audience is primarily American? Environmentally? Politically? Culturally?
I think the biggest difference is that we don’t have to pay for universities unless we study externally because it is paid by the state which is amazing. This way students from poorer families can study at universities as well.

Another difference is that America is culturally more diverse. There are people from all over the world, the cultures are mixing (please correct me if I’m wrong) and this is impossible in Slovakia. I think that we, as a nation, are quite reserved when other cultures are involved. We tend to look at them differently and as something foreign.

What are some stereotypes about your country that irk you? What media portrays your country badly be it a movie, a book, or a TV show?
It irritates me a little bit when people from different countries mistake Slovakia for Czechoslovakia. Yes, we were part of that country and I think it is a big part of our history, but it was twenty-two years ago! Also, another case is when people mistake Slovakia for Slovenia. I get it, it sounds similar but these are two different countries and it’s not fair to any of them.

I wasn’t quite happy with the portrayal of Slovakia in the movie Hostel and Hostel II. I mean, it was more about the horror and not about the setting but it was just bad. 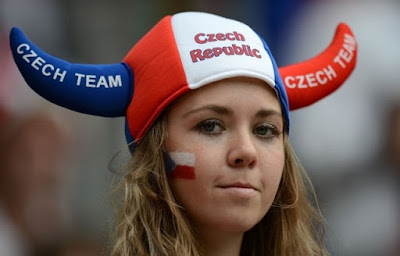 Briefly describe three historical events of your country’s you feel are important.
So the first event I've chosen is Memorandum of the Slovak nation. It was a political document drafted by Stephen Daxner. Basically what we wanted from this Memorandum were equal rights and lawful recognition of the Slovak nation within Hungary. It can be viewed as Slovak Magna Charta. When you imagine, at that time, we were part of the Austro-Hungarian Empire and the official language in our country was Hungarian.

The second important event is the Slovak National Uprising which belongs to the largest armed resistance activities. It took place in the German territory during the WW II. Within two months, nearly sixty thousand soldiers and about eighteen thousand guerrillas were defending a compact region in Central Slovakia against German troops.The power in the territory was taken over by the Slovak National Council and it was so hard core that there were even active rebel radio and press. At the end Slovakia was liberated by the Soviet, Czecho-Slovak and Rumanian armies in May 1945.

The third event is called the Velvet Revolution of 1989 which was a series of public protests. These led to the downfall of Communist Party rule in Czechoslovakia. When this fell, a transition government formed and the first free elections in Czechoslovakia took place in June 1990. Another reason why I'm mentioning this, is because this led to the dissolution of Czechoslovakia in 1992. Now our neighbours Czechs helped us a lot throughout the history but the moment when we became the Slovak Republic is really important for our national identity and integrity.

Pacho, the Highwayman of Hybe is more of a parody of our nation. It’s a movie from 1976 so it’s pretty old but it airs during the Christmas, and it’s basically a traditional Slovak movie.

The Fountain for Suzanne is a movie from 1985 so it depicts more of a modern era of our country and this is a love story. This is movie that will show you how the relationships were at that time and basically how the life looked like. Also, it’s a musical with a really good soundtrack that every Slovak knows.


Who are your top three favorite characters native to your country in books, movies, or shows?
My favorite character is Erzsébet Bathory, a Hungarian countess in the 16th and 17th centuries, also known as Countess of Blood. This is historical character and there are a lot of books about her, even a movie released in 2008 under the title Bathory. It was in the cinemas in UK I think so I guess it can be available in English. She’s called Countess of Blood because there are rumors she was killing virgin girls and bathing in their blood to be eternally young and beautiful. Something about her always fascinated me.

Another one is Jánošík who is a legendary character. He was a bandit who stole from the rich and gave to the poor ones.

The third one is Perinbaba from the movie Perinbaba. It is about a woman who beats the duvets in order to create snow. 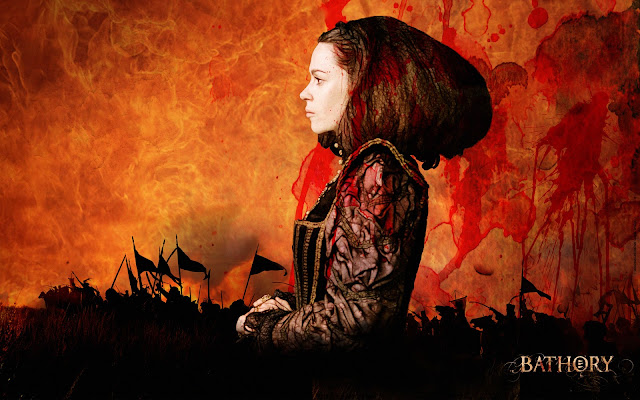 Thank you, Simona, for this very informative post! I hope everyone enjoyed reading it. Come back next month for So Your Character is From Belgium ... Featuring Bieke @ Quite the Novel Idea!

Are you interested in participating in this project? Slots for Australia, Canada, England, Scotland, New Zealand, the Philippines, Liberia, Algeria, Thailand, Peru, China, and Slovakia have been filled, but if you are from any other country, shoot me an email at howellvictoriagrace(a)gmail(dot)com.