So Your Character is From Bolivia ... Featuring Rebekah DeVall 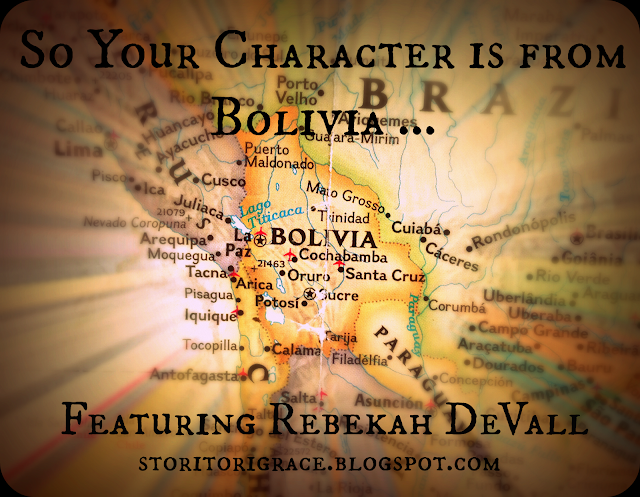 It's time for this week's So Your Character is ... Post! This is a weekly segment where I interview lovely volunteers from around the world to give you a firsthand account of being a citizen of their respective country or having a disability. I'm hoping to encourage international diversity, break stereotypes, and give writers a crash course on how to write a character from these different places on our planet. If you haven't checked out last week's  So Your Character Has a Broken Bone ... be sure to hop on over there and give it a read!

I actually have a cousin who married a guy who grew up in Bolivia as a missionary kid. This is the closest connection I have to Bolivia besides some Bolivian currency for my collection. I'm so glad to have found Rebekah so I could learn more about this South American country!

Rebekah DeVall is an MK (missionary kid) who disagrees with the popular belief that paperwork defines one’s home country. Though Dutch by ancestry and American by paperwork, she’s Bolivian at heart. Find her on Facebook, her blog, or if you’re adventurous, Vallegrande, Bolivia, South America.

Thank you, Victoria, for the opportunity to share! I’d love to answer any questions y’all might have!


What do you feel is unique to your country? Landmarks? Celebrations?
Bolivia is the heart of South America. One of only two land-locked countries, she’s home to over 10,000 people. One main piece of her uniqueness are the two capitals, Sucre and La Paz (“the peace”). La Paz is the administrative capital, located in the Andes. However, the largest city of Bolivia is neither, but rather Santa Cruz (“holy cross”), with over a million inhabitants as of 2003.


An event unique to Bolivia is the parade on August 6th, independence day. Schoolchildren practice their marching and traditional dances weeks ahead of time, and stores set up all along the main plaza of the city to watch the parade of every school. 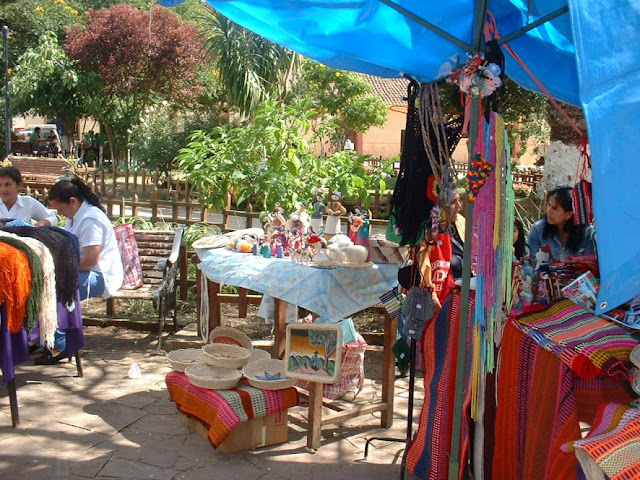 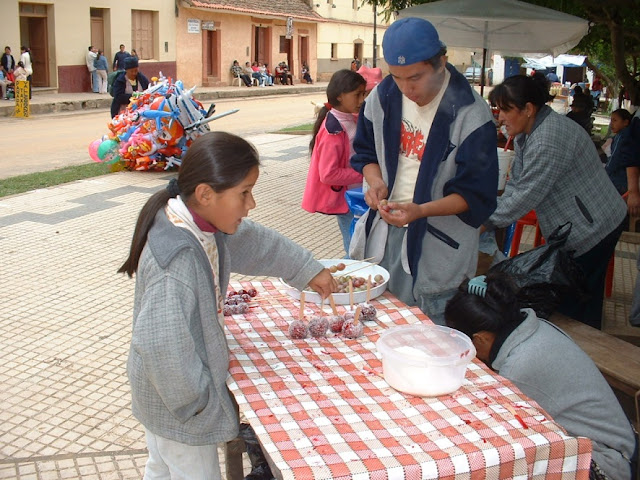 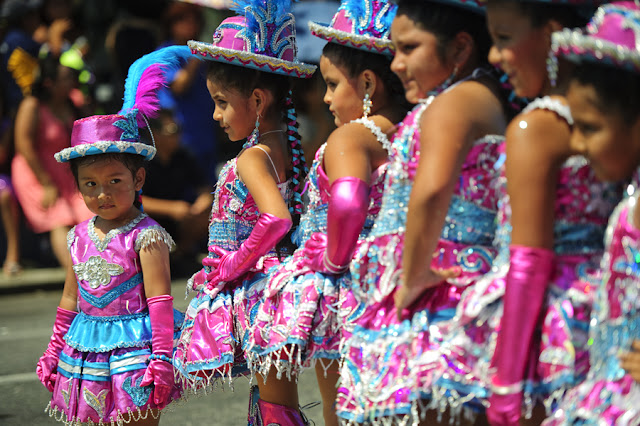 Tell me about your country's environment. What are some of your favorite places?
A good portion of Bolivia is still rural, farming land, fields. Some of my favorite places are back in nature. A tiny little village called Vilcas, in the middle of nowhere. Their pascha, the twin waterfalls between them and the closest village. 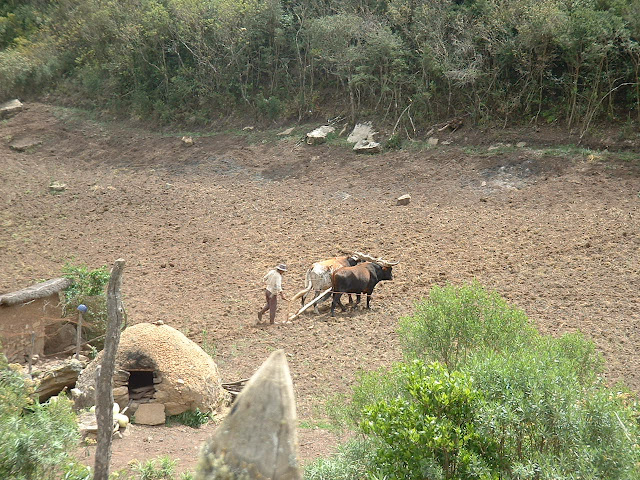 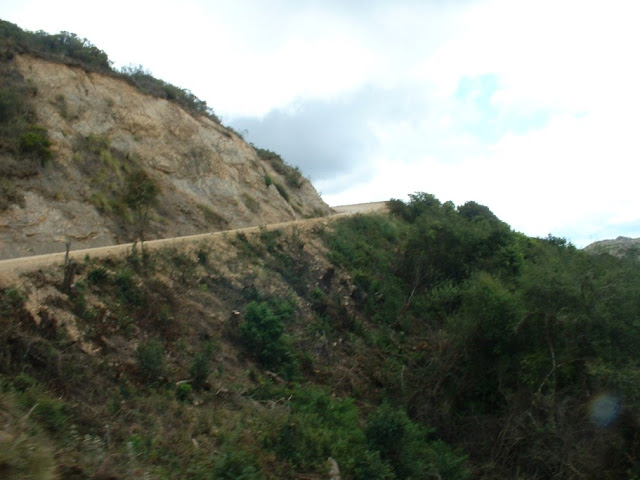 Tell me about your country's food. What are some of your favorite dishes?
Bolivians use nearly every portion of animal bodies for food—chicken feet (chicken foot soup), pig skin (k’jaras), for a couple of examples. Also, humitas. A corn and cheese mush is either baked or boiled inside the husk. The left are boiled, tied with another piece of the husk to keep them from falling apart. Oh, and the far right is the standard bread of the country. Some bread can double as hockey pucks. :) 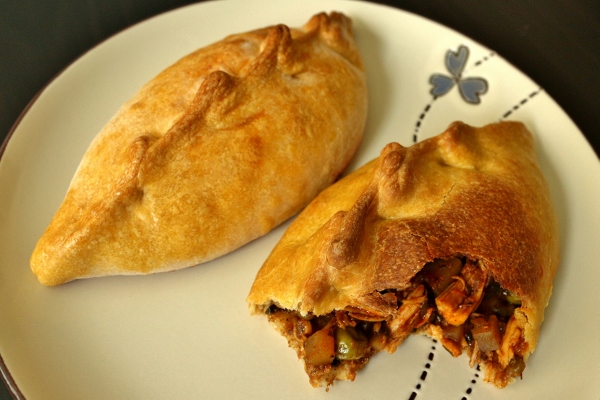 Tell me about any different speech patterns in your country. Slang? Idioms? Words for things such as “biscuits” instead of “cookies”?
Bolivian speech patterns are an interesting topic, as she has three main languages—Spanish, Quechua, and Aymara. The last two are native dialects. Where we live, in a smaller city, people speak a mashup of two or three. Only the older generations or people living out in the extremely rural districts speak only the native dialects, but even our Spanish is “mutilated” in a way by the native words. Babies aren’t "bebes" (the Spanish), they’re the quechuan "wawas." Stools aren’t the Spanish "banquitos," but rather the Quechuan "toquito."

Nowadays, even English is making its way into Spanish conversation. Thanks to translations of some recent movies, the word "bye" is now a regular word, and English classes in school have taught kids words and phrases such as "Love you, baby," the numbers in English, and other words I don’t care to repeat.

Describe briefly a regular day in your country.
Schools run on three different schedules—8 a.m. to noon, 2 p.m. to 6, and night classes. Often the same facilities are used for all three. For example, the Caballero high school—the oldest school in Vallegrande (my home town)—houses not only Caballeros´s day classes but also Nocturno High School which, as the name implies, is a night school.

For those whose days consist of work rather than school, the day begins at 8 a.m. in most places, though the classic “Bolivian time” tradition would be to arrive at work at least ten minutes later. Morning shift goes through noon or twelve-thirty, followed by a two-hour siesta, literally “nap hour”. Work resumes at 2:30. 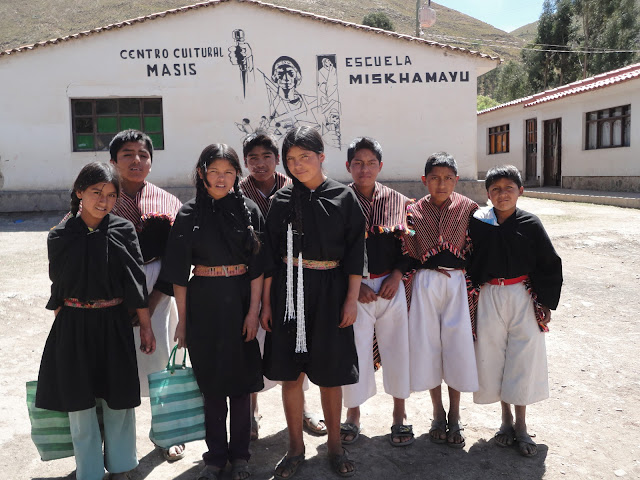 How does your country compare to others, especially the States since my audience is primarily American? Environmentally? Politically? Culturally?
As a writer, I would say that environmentally, the sanitation is different. Think dirt roads, adobe (mud-brick) houses. In smaller villages, the main means of transportation are still mules, donkeys, and horses. People still bathe in the rivers. Even in middle-sized cities, such as where I live, there are still dirt roads. Central parks still hold pieces of nature—a palm tree near the center, flowers, fenced-off gardens. 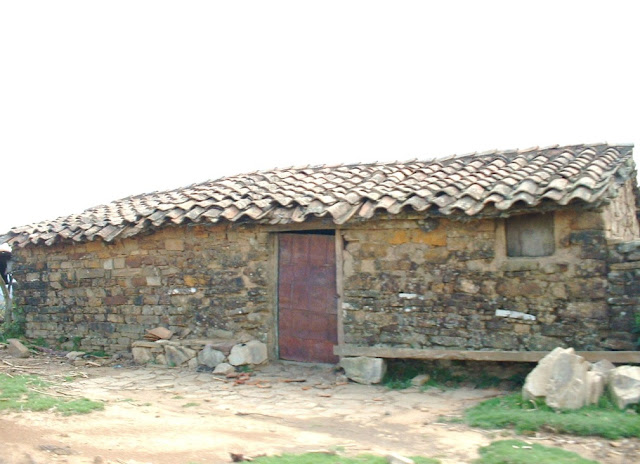 Culturally, people are more involved in one another’s lives. My coworkers know the names of everyone that live on their block. We buy bread from Doña (lady) Such-and-Such, not the grocery store or supermarket or wherever you Americans buy your bread. Doña Rossi sells the best sodas. Don Juan (or, in his case, Hermano Juan, as he’s a believer) sells vegetables in the neighborhood. Doña Betty buys milk. People wave or nod in greeting when they pass on the street, although unfortunately that custom is being lost with the newer generations. 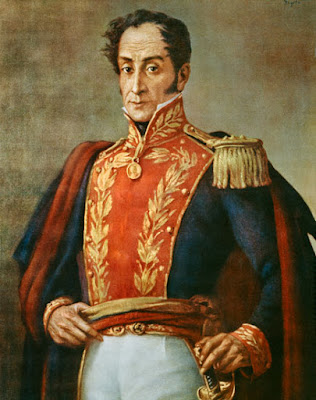 What are some stereotypes about your country that irk you? What media portrays your country badly be it a movie, a book, or a TV show?
I literally have found no movies or TV shows portraying Bolivia, but I will let you know when I do. :) 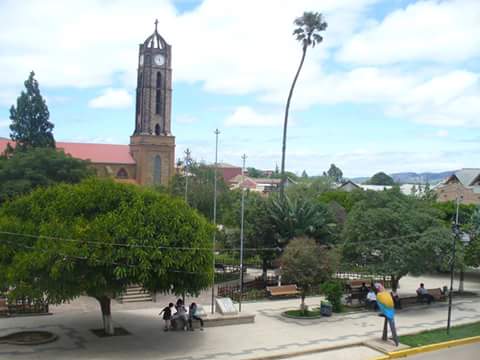 
I thoroughly recommend any of these three books. 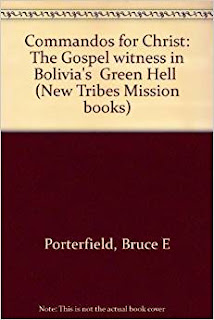 Who are your top three favorite characters native to your country in books, movies, or shows?
I’m afraid I haven’t found any good ones yet. :) 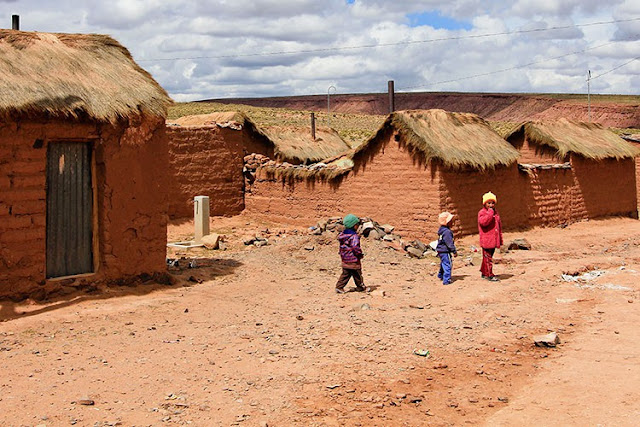 Thank you, Rebekah, for this very informative post! I hope everyone enjoyed reading it. Come back next week for So Your Character is from Italy ...!

Do you have any characters from Bolivia? Did this inspire you to write a Bolivian character or set a book in Bolivia? Are from this or been to this country and you have further input? Feel free to share! Do you have any questions for Rebekah? Be sure to thank her!