So Your Character is From Uruguay ... Featuring Ruty @ Reading Dreaming 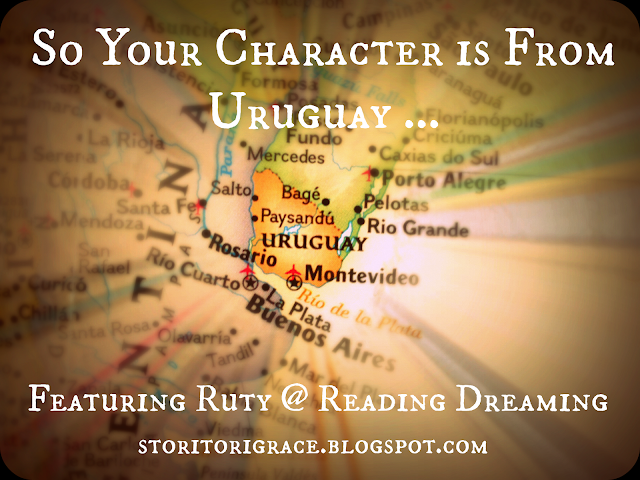 It's time for this week's So Your Character is ... Post! This is a weekly segment where I interview lovely volunteers from around the world to give you a firsthand account of being a citizen of their respective country or having a disability. I'm hoping to encourage international diversity, break stereotypes, and give writers a crash course on how to write a character from these different places on our planet. If you haven't checked out last week's  So Your Character is from Portugal ... be sure to hop on over there and give it a read!

I honestly didn't know much about Uruguay before this post either. I could find it on a map ... and that's just about it. XD I'm so glad to have Ruty on the blog!

Hi! Thanks for this opportunity! I’m Ruth and I live in this little country in South America called Uruguay. I'm a primary school teacher but right now I work as an interpreter for the National Army.  I live only two blocks away from the beach and I love it! It's a place called “Las Toscas”, is not too big and many people only come here in summer. You have to know that I’m a dog lover, I have a baby “Lilo” who is the most adorable ball of fur.
Blog//Facebook//Twitter//Goodreads


What do you feel is unique to your country? Landmarks? Celebrations?
Something unique we have is one of my favorite popular celebrations: "Carnaval", around the end of January we have a parade in the main avenue of the capital city and then we have a popular party that last at least 40 days. We have scenarios in different parts of the city (called "tablados") where the different groups perform and entertain the audience. Then there is an official competition with different categories (my favorite is called MURGA, is a group of 17 people that sing for 45 minutes some parts of the show will definitely make you laugh). 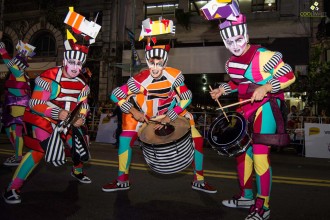 Tell me about your country's environment. What are some of your favorite places?
My country has a nice environment, if we talk about the weather is not too cold or too hot, of course people will complain either way!  There’s a lot of green if you travel just a few kilometers away from the city and we have some lovely beaches.  My favorite place by far is the beach :)  One of the advantages of the place I live is that I only have to walk a few steps and I have water surrounding me. 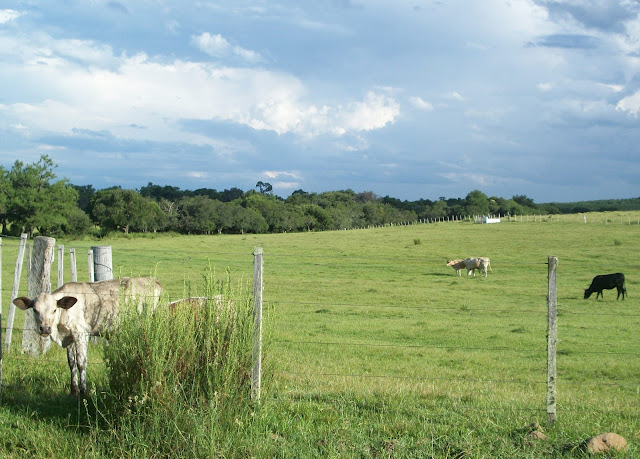 Tell me about your country's food. What are some of your favorite dishes?
People in Uruguay eats a lot of red meat, we have a really big livestock industry and the majority of the population likes to eat meat (I’m one of the minority). We have a typical food called “ASADO”, we put a barbeque where we cook all kinds of meat and sometimes other things with coal. There is a special meat cut called Asado that people love to eat. 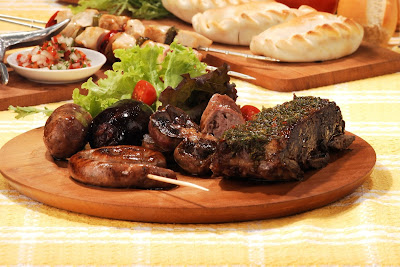 Another typical food is "torta frita" is like a big cookie-tortilla made with flower and fried in cow ghee. I love it! I like to eat it with sugar on top and sometimes “dulce de leche”. If you don’t know what dulce de leche you should search and find the amazing power of it hahahahah! 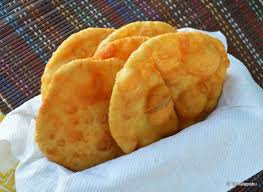 Tell me about any different speech patterns in your country. Slang? Idioms? Words for things such as “biscuits” instead of “cookies”?
Ok, this one is quite funny because in Uruguay we speak SPANISH so every word is different :) Of course we have a different word from everything if you think in differences with the English languages.
If you don't speak Spanish here are some basic words-expressions.
Hello = Hola
Thank you = Gracias
Goodbye = Chau
Cookies = Galletas (you need to know how to ask for cookies)


Describe briefly a regular day in your country.
Well, it depends if you live in the city or the country, or like me 50km away from the city. Also each person has different activities. But for me is a bit like this: I have to get up really early and go for a run at the beach (that’s just me because I like to run in the mornings). Then I have a simple breakfast and then I have to take a bus. I go to work, then to college and late at night I came back home. That’s why I love weekends, especially because in my country Sunday is the day when family gathers and have a big lunch together.


How does your country compare to others, especially the States since my audience is primarily American? Environmentally? Politically? Culturally?
Compared to the states we are so much smaller and be don’t have the influence other countries have so our problems don’t include wars or nuclear threats. We have a political system similar to the ones in the states because one ex-president copy the system and changed the constitution. I would like to say that our speech of being open-minded and accepting diversity is always true but unfortunately there are still things that need to change. Nevertheless, despite being a small country we have very progresist laws, if you search online you will find things like: we legalize marijuana, we can marry people from the same sex, and abortion is now legal (here it depends on your views whether you think all these laws are okay or not).

We were a colony before being a free country this is why we are a mix of cultures. For example me: my great grandparents were from Spain, France, Italy, Africa and one of my grandmas was a native. So you can imagine the diversity we share.


Briefly describe three of your country’s historical events that you feel are important.
My country had a long period of battles to gain its independence it began in 1811 and ended in 1825, so one would be August 25th, 1825 our Independence Day. Then we had a really dark period of dictatorial government so the other two would be the beginning and the end of a period that was difficult to most countries in South America and leaved many scars in the people. The dates would be June 27th, 1973 – February 28th, 1985. 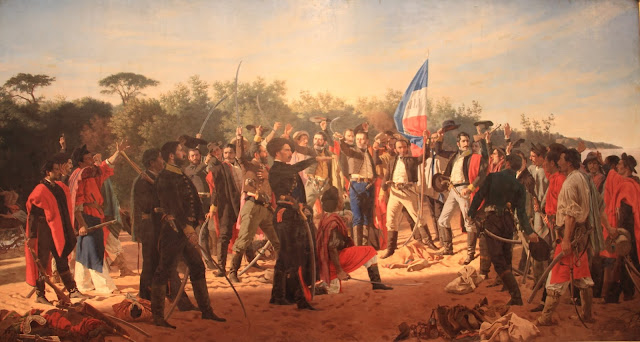 What are some stereotypes about your country that irk you? What media portrays your country badly be it a movie, a book, or a TV show?
I don’t think there are many stereotypes about Uruguayans, most of them are known for being always late (another point where I think I’m the minority). Another thing, and this one is true, is that we always leave things for last, we don’t do what we have to until we reach the deadline :). We also are known for being quite friendly and we are tolerant with people from all over the world. I cannot think of any movie or tv show that talks badly about us because mainly nobody talks about us :( 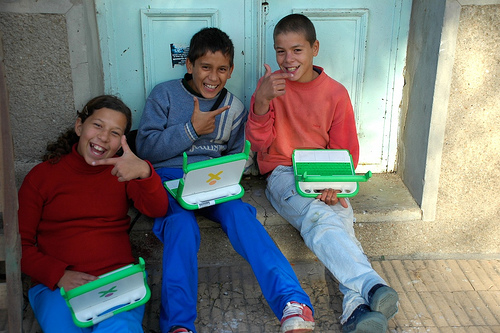 What media portrays your country well be it a movie, a book, or a TV show?
Like I said, we don’t appear much on TV or movies. There was once a movie with Steven Seagal that was set, or part of it was, in Uruguay but it was all wrong because it talked about the Uruguayan jungle which we don’t have x) I think they wanted to talk about drug cartels but those are more up North. Ahhhh, there is a movie with Lucas Gabriel (who I adore) that presented a Uruguayan character, and I remember I got really mad because:
1. Not all people from South America looks like Mexicans or speak like them.
2. Our food is not spicy at all (again not all South Americans are similar to Mexicans)
BTW, I don’t have nothing against Mexican people :) 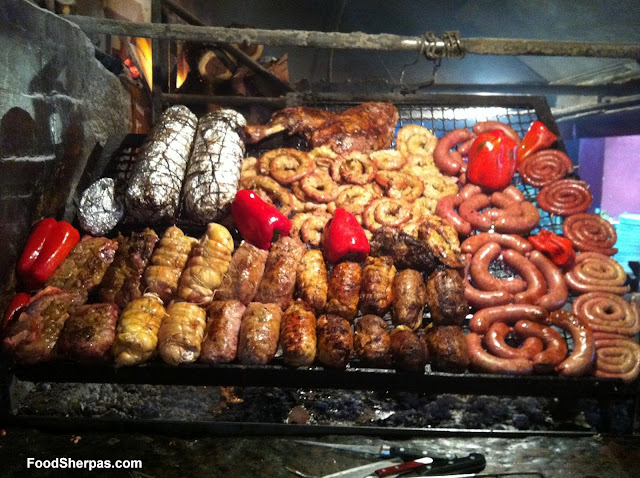 Thank you, Ruty, for this very informative post! I hope everyone enjoyed reading it. Come back next week for So Your Character is from Greece ...!

Do you have any characters from Uruguay? Did this inspire you to write an Uruguayan character or set a book in Uruguay? Are from this or been to this country and you have further input? Feel free to share! Do you have any questions for Ruty? Be sure to thank her!